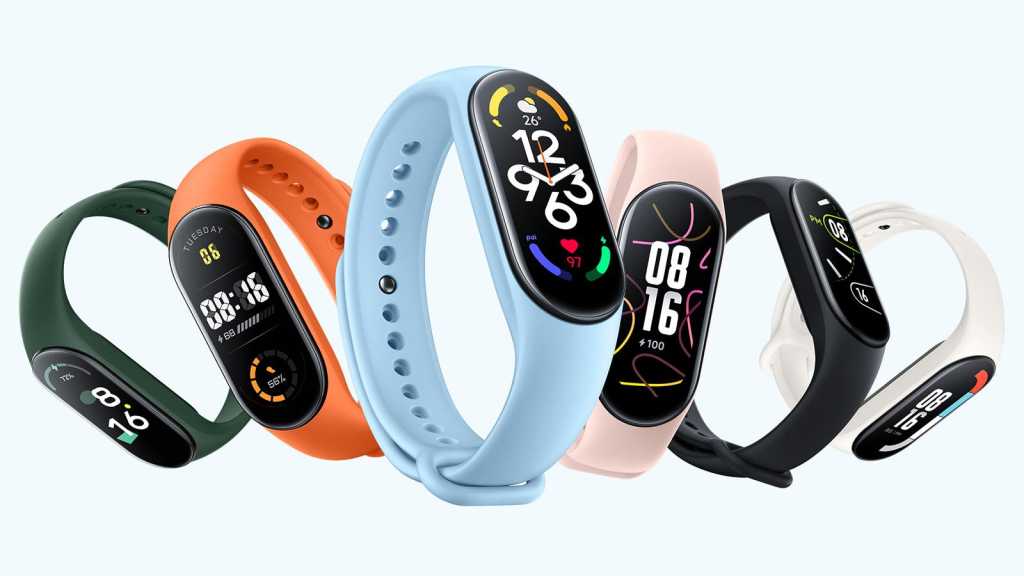 Xiaomi has made quite a name with its ultra-affordable yet feature-packed fitness bands. Now, the Chinese giant has introduced its latest iteration: the Mi Band 7.

Highlights include a larger display than its predecessors, improved blood oxygen tracking and up to 15-day battery life, but there’s more to this lightweight tracker worth exploring. For the first time ever it’s also been joined by a bigger Band 7 Pro sibling, which has now been launched outside China.

Here we round up all the details on the Mi Band 7, from price to availability, features and more.

When does the Xiaomi Mi Band 7 launch worldwide?

The Mi Band 7 was introduced on 24 May, alongside the Redmi Buds 4 and Redmi Buds 4 Pro, and went on sale in China on 31 May.

The Band 7 was given a European launch on 21 June, with sales launching a day later. We’re still waiting for details on the band’s launch in India though.

Just a few days later, the Band 7 Pro launched in China alongside the Xiaomi 12S phones. It’s the first time we’ve seen a Pro version of Xiaomi’s budget fitness tracker, so there was plenty of speculation as to whether it’d ever be released outside China.

News of a global release eventually arrived, but not until 4 October at an event to launch Xiaomi 12T handsets – a full three months later. It’s not yet clear when the device will go on sale, though.

It’s also worth noting that the global launch of the regular Band 7 doesn’t include the separate NFC version of the tracker. That’s no big surprise, as in the case of Mi Band 6 last year Xiaomi waited a few extra months to launch the NFC version, which came in September 2021 in partnership with Mastercard. We should probably expect similar this time around.

How much does the Xiaomi Mi Band 7 cost?

Pricing has always been aggressive on the Mi Smart Band/Mi Band range, with Xiaomi keeping costs low for customers, but costs are slowly creeping up.

To reflect the changed design and extra features on offer, the Band 7 Pro is more expensive – £84.99. But an early bird offer from 4-6 October means it’s available for £74.99 instead.

What features does the Xiaomi Mi Band 7 offer?

The most obvious change in the move to the Mi Band 7 is unquestionably the tracker’s new larger display.

While it maintains the signature pill shape of its predecessor, it’s now approximately 25% larger (according to Xiaomi), measuring in at 1.62in; with a higher resolution (490×192) to ensure it’s just as sharp as before (326ppi).

The added screen real estate afforded to Xiaomi by this larger full-colour always-on AMOLED panel has allowed for a reworked UI that can serve up more information at a glance, while some of the 100+ watch faces include animated elements that – thanks to a new chipset – should look smoother.

Expanding on the 120 supported sport modes, the 7 can also offer insights on VO2 Max, training load, recovery time, training effect. There are four ‘professional’ sport modes (as part of that 120), with automatic workout detection for some activities.

Outside of the Band 7’s activity tracking chops, the wearable also has inbuilt tools like a flashlight, remote camera and music controls (on compatible phones), timers (including the Pomodoro timer), weather, alarms and more.

The Band 7 Pro sits halfway between a fitness tracker and a proper smartwatch, with a 1.64in display that’s much wider than the regular Band 7’s.

The AMOLED display has 326ppi “retina level” pixel density, and the extra surface area offers more room to display health data and notifications. The resolution is 280 x 456, compared to 192 x 490 on the regular Band 7. The display also includes an ambient light sensor for automatic brightness adjustment.

There’s also an Always On Display option, as with the regular model, and support for 180+ new watch faces, plus a range of colourful wrist bands.

As for tracking, there’s all-day heart rate and SpO2 monitoring, plus sleep tracking. GPS is included by default too.

Exercise tracking includes 117 exercise modes, and with 5ATM water-resistance it’ll work in the pool too.

The bigger design also allows for a larger 235mAh battery, with 12 days of regular usage and six days for heavy users. Charging is faster too, with a full top-up taking just one hour.

In the meantime, you can find our recommendations for the best fitness trackers, to see what the competition has to offer competition. Alternatively, take a look at the best smartwatches to buy right now.