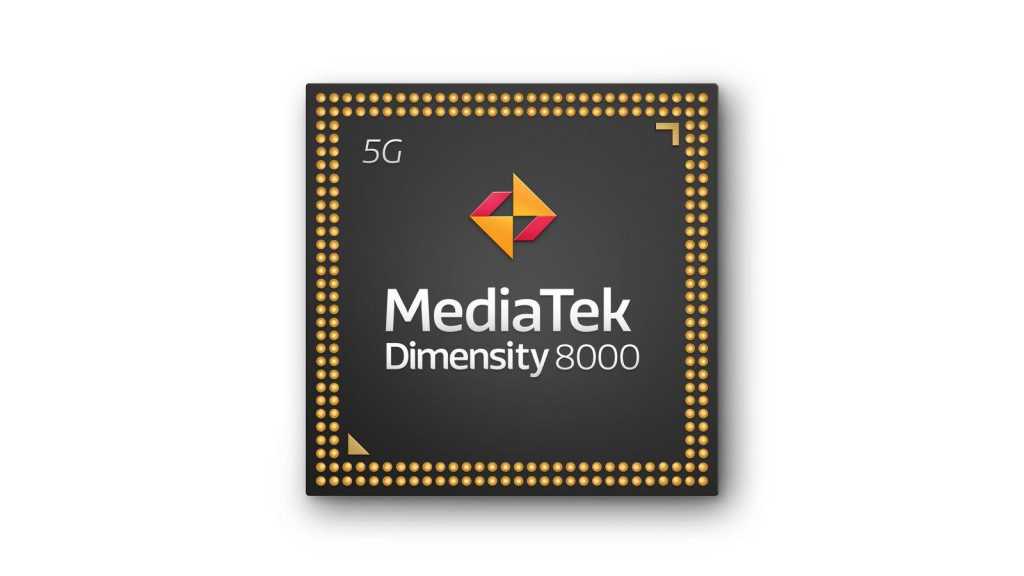 Four months after its first true flagship-level smartphone chips were announced, MediaTek is back for more.

At MWC 2022, the firm unveiled the Dimensity 8000 Series, pitching it as the little brother of the top-spec Dimensity 9000. But this doesn’t mean sacrifices have been made to performance. Despite returning to a 5nm process, the octa-core Dimensity 8000 and 8100 are still very much flagship SoCs (systems-on-a-chip).

Those eight CPU cores include four of Arm’s performance-focused Cortex-A78, which enable maximum clock speeds of 2.75GHz for the 8000 and 2.85GHz for the 8100. A further four cores prioritise power efficiency, for when battery life is more important than performance.

With that in mind, it’s no surprise that MediaTek specifically advertises the Dimensity 8000 Series’ suitability for gaming. The company claims the 8100 can reach 170fps in GFXBench’s Manhattan graphics test, while the 8000 isn’t far behind on 140fps. However, actual in-game performance will vary by device.

The variation between the two frame rates, though, can be partially explained by some subtle differences in CPU performance and around 10% higher GPU frequency on the Dimensity 8100.

Integrated ‘HyperEngine’ tech is designed to improve power efficiency, which should increase battery life, though MediaTek didn’t offer any details on how it achieves this.

Theoretically, the Dimensity 8000 Series could power upcoming gaming phones, but only time will tell.

Elsewhere, the chips support cameras up to 200Mp, although that’s a moot point given that no smartphone sensors have more than 108Mp currently, and even that is a ludicrous figure. More significant is a five gigapixel-per-second image signal processor (ISP) – this enables high-quality HDR photos and video to be captured very quickly.

Talking of video, the Dimensity 8000 and 8100 are capable of handling 4K footage at 60fps, currently maximum setting on many smartphones. There are also AI and noise-reduction features for clearer photos.

MediaTek has also returned to its roots with the Dimensity 1300. This is a tweaked version of the existing Dimensity 1200 chipset, designed to offer strong performance in mid-range phones.

The eight-core CPU comprises four efficiency cores, three ‘super’ cores and an ultra-core Cortex-A78, with the latter capable of 3GHz clock speeds. Alongside those is a Mali-G77 GPU, while the chip itself uses a 6nm manufacturing process.

MediaTek indicated that brands will begin adopting the Dimensity 8000 Series and Dimensity 1300 within a couple of weeks, and that the first smartphones powered by each of the three new chips should be available to buy before Q1 is out – that’s just a month away.

Again, MediaTek hasn’t mentioned specific brands, but the likes of OnePlus, Oppo, Realme and Xiaomi are known to use MediaTek chips.