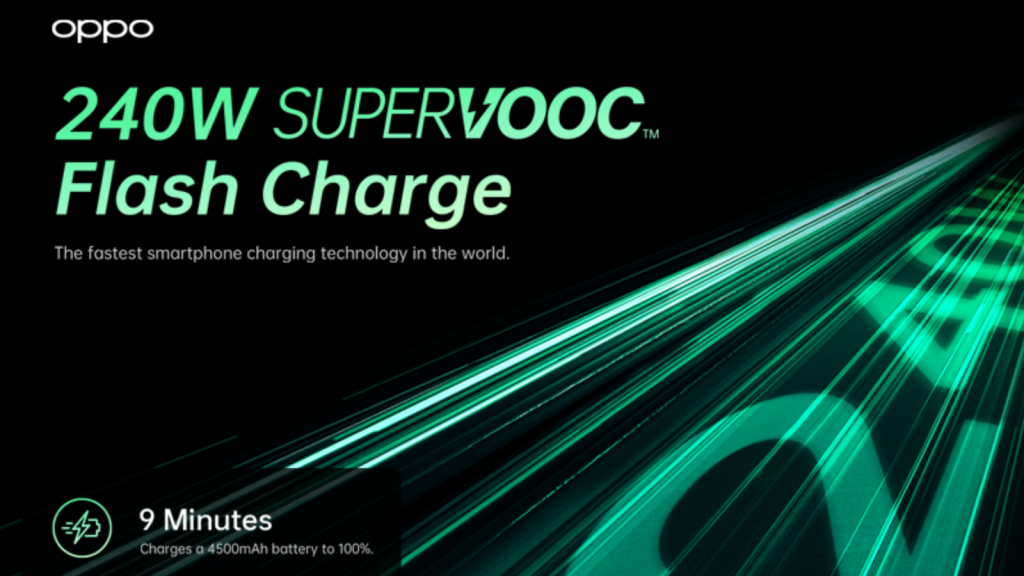 As you might imagine, this is achieved over USB-C – not using wireless charging – with Oppo saying it uses three ‘charge pumps’ supplying power to the phone at 10V/24A. Despite the very high power output of 240W, Oppo says it conforms to standards for heat dissipation.

“By taking a holistic approach to the safety of the adapter, charging cable and the handset, Oppo minimizes potential safety hazards and risks, providing an efficient and secure charging solution,” said Oppo.

This includes five safety protection measures and a specially designed control chip that monitors voltage, current and temperature to make sure everything is ok. Furthermore, the unnamed phone has 13 temperature sensors around the chassis.

The news comes just hours after Realme announced 150W charging, but while Oppo has stolen the limelight, at least Realme’s technology isn’t just an on-paper announcement: the phone is here, now: the Realme GT Neo 3.

The company says this unique BHE technology can keep the battery performing at 80% of its original capacity even after 1,600 charge cycles. For reference, that’s double the industry standard of 800 cycles.

Oppo has not communicated when its new SuperVooc speeds will arrive beyond saying that “150W SuperVooc flash charge with BHE will debut on a OnePlus smartphone in the second quarter of this year.” – possibly the rumoured OnePlus 10 Ultra.

This suggests the 240W SuperVooc version of Oppo’s fast charging might not be ready until next year but we’ll have to wait and see. It said the Battery Health Engine will be included on ‘most mid-to-high-end’ Oppo and OnePlus phones in the future.

In other news from MWC this year, Honor announced 100W wireless charging in the Honor Magic 4 Pro.