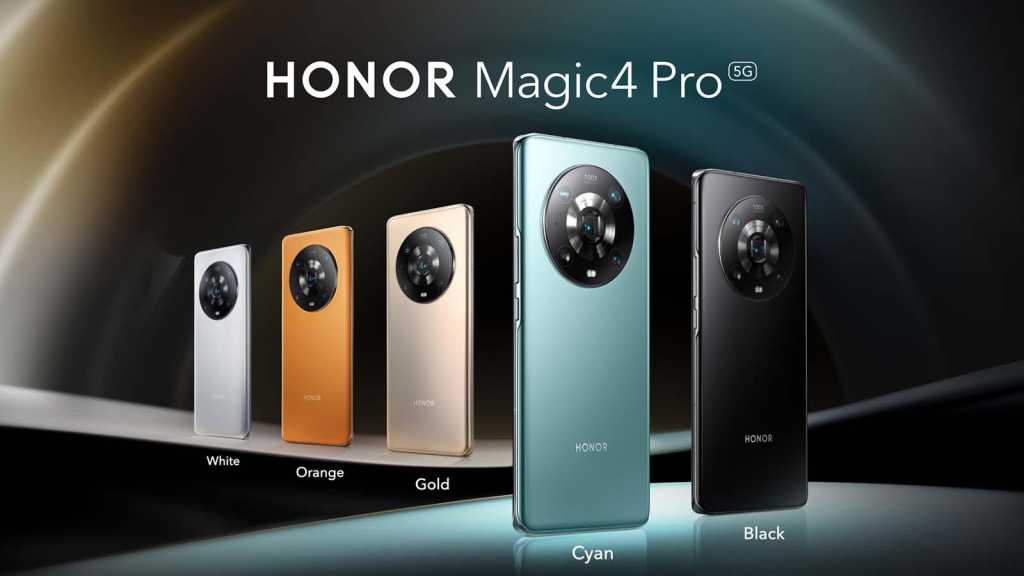 Honor has been steadily producing new mid-range and flagship phone series since it went independent from Huawei, but not all of them end up releasing globally. Thankfully there’s no risk of that with the new Magic 4 series, which first launched in Barcelona.

That European launch at the Mobile World Congress (MWC) trade show was a precursor to a global launch for the Magic 4 series, making this series part of the growing number of Honor smartphones available to customers outside of China.

When did the Honor Magic 4 come out?

Honor announced two Magic 4 phones – the Magic 4 and Magic 4 Pro – at MWC on 28 February alongside the Earbuds 3 Pro and Watch GS 3. They’ve since been joined by the Magic 4 Lite and Magic 4 Ultimate – though this latter is likely to stay China-only, and is set to release in that market “later this year.”

Honor has launched the other models more widely though, with the Magic 4 Lite and Magic 4 Pro now available in the UK and Europe. The regular Magic 4 isn’t getting a European launch, but is on sale in some other global markets.

The release of the Magic 4 series does seem to kill any hopes of the Magic 3 receiving its promised global release, and it similarly now looks unlikely that either the Honor 60 or Honor Magic V foldable will be released worldwide – as you’d think they’d have launched by now if that were the plan.

How much does the Magic 4 cost?

What are the Magic 4 specs and features?

Since there are four Magic 4 phones, let’s break them down one by one, starting with the regular model.

The Magic 4 phones see the return of the large, circular camera module that appeared on the Magic 3 – dubbed the ‘Eye of Muse’ for reasons best known to Honor – and for the most part the Magic 4 and Magic 4 Pro phones look the same elsewhere too.

They’re big, thanks to 6.81in displays, but the curved body should keep the phones comfortable. It’s still fairly thick at 8.8mm, but not too heavy at 199g.

On the front the regular Magic 4 has a single, central punch-hole selfie camera, while the rear comes in a choice of colours: Black, White, Cyan, Gold.

An IP54 rating guarantees good water and dust-resistance – though not as good as the IP68 rating found on the Pro model.

That 6.81in curved screen is an AMOLED at an FHD+ resolution, with refresh rate up to 120Hz. It also uses LTPO tech, which means it can scale that refresh rate all the way down to 1Hz when appropriate, which will save battery life during less demanding tasks.

Inside, the phone is powered by the latest Snapdragon 8 Gen 1 chip, so you’re getting absolutely top tier performance. The chip is combined with either 8 or 12GB of RAM, and 128, 256, or 512GB of storage – with available options no doubt varying by market.

The 4800mAh battery is big, so this should be able to last the duration, and 66W wired charging will top it back up quickly too. Note that there’s no wireless charging here though.

As for that big round camera, it contains three lenses: a 50Mp main camera, 50Mp ultrawide, and 8Mp 5x zoom periscopic telephoto.

Finally, the phone ships running MagicUI 6.0 on top of Android 12, which includes a few new customisation and AI features. Now that Honor is separate from former owner Huawei, it includes full support for Google apps and services.

The only downside is that Honor hasn’t yet committed to guaranteeing any specific number of Android version updates, or years of security support, so we don’t know how long this phone will be kept up to date. Android 13 is very likely, but beyond that it’s a bit less certain.

Here are the specs in full:

The Magic 4 Pro looks very similar to the regular model, and the differences in design are subtle – mostly down to tweaks to the camera module, and the availability of an orange PU leather finish.

It’s about the same size, but thicker at 9.1mm, and it weighs a little more – 209g in the vegan leather, and 215g for the glass models. It also boasts a full IP68 rating for dust and water-resistance.

The display is the same size, but is quad-curved – meaning the top and bottom edges wrap around, and not just the sides. It’s also slightly higher resolution, at 1312 x 2848, and boasts its own display chipset for some extra rendering and upscaling tricks, plus an ultrasonic fingerprint sensor – compared to a regular optical sensor on the other model.

Core specs are essentially the same, though the battery is actually a touch smaller at 4600mAh. This is probably to make space for the more powerful 100W charging – matched by even more impressive 100W wireless charging speeds. That’s the fastest wireless charging we’ve seen in any phone so far, and can top the battery up to 50% in just 15 minutes.

The camera is the other area where things have been changed. For one, there are dual front-facing cameras – found in a pill cut-out in the top-left corner of the display. The second is a 3D depth camera, for superior portrait shots and more secure 3D face unlock.

As for the rear cameras, the main two lenses are similar, but the telephoto has changed. The Pro gets a 64Mp, f/3.5, 3.5x periscopic zoom lens – so that’s a shorter optical zoom distance, but thanks to the higher resolution sensor it’s capable of up to 100x zoom by combining the optical effect with cropping in on the sensor. It’ll be interesting to see how these two telephotos compare – Honor presumably thinks this setup beats the 5x periscope on the regular model.

Read our Magic 4 Pro review to find out what we think.

The Magic 4 Ultimate is another step up from the Pro model, though the changes are focussed mostly on the camera.

The camera has been upgraded in several respects. Firstly, the 50Mp main camera uses a larger, 1/1.2in sensor at an aperture of f/1.6, which should be capable of capturing more light than most for superior shots in any conditions.

The ultrawide is higher resolution at 64Mp, and also has a dual free-form lens, which the company says delivers the industry’s lowest image edge distortion.

Then while the periscope and selfie cameras are the same, the rear setup also gets a 50Mp ‘spectrum enhanced camera’ – first used on the Magic V – which helps pick out details in unusual conditions including mist. All of the lens also benefit from a new custom image signal processor.

The new imaging tech makes the phone a bit thicker and heavier, as does the fact that it boasts a ceramic rear. Otherwise specs are similar, with the same 6.81in LTPO display, Snapdragon 8 Gen 1 chip, and fast wired charging capabilities – though the wireless charging does drop down to a mere 50W.

The Magic 4 Lite – also known as the Honor X9 in some markets – shares some design elements with the other phones, but is a serious step down in specs (and price). We’ve actually already tested it out, so read our Magic 4 Lite review if you want to know what we think.

The display is the same size as the other models, but drops to LCD rather than OLED – though it’s still 120Hz.

The chipset also has a downgrade to the Snapdragon 680 in the 4G mode, and the 695 in the 5G version, though the 4800mAh battery and 66W wired charging remain fairly impressive.

The camera has some of the biggest changes: it looks similar, with a circular design, but offers only a 48Mp main lens with 2Mp macro and depth sensors alongside on the 5G model, with a 64Mp main lens on the 4G – which benefits from the addition of an 8Mp ultrawide.

Notably, the phone also ships with Android 11 and Magic UI 4.2, so the software set-up is dated compared to the other models too.

Read our review of the Honor Magic 4 Lite 5G to find out what we think.