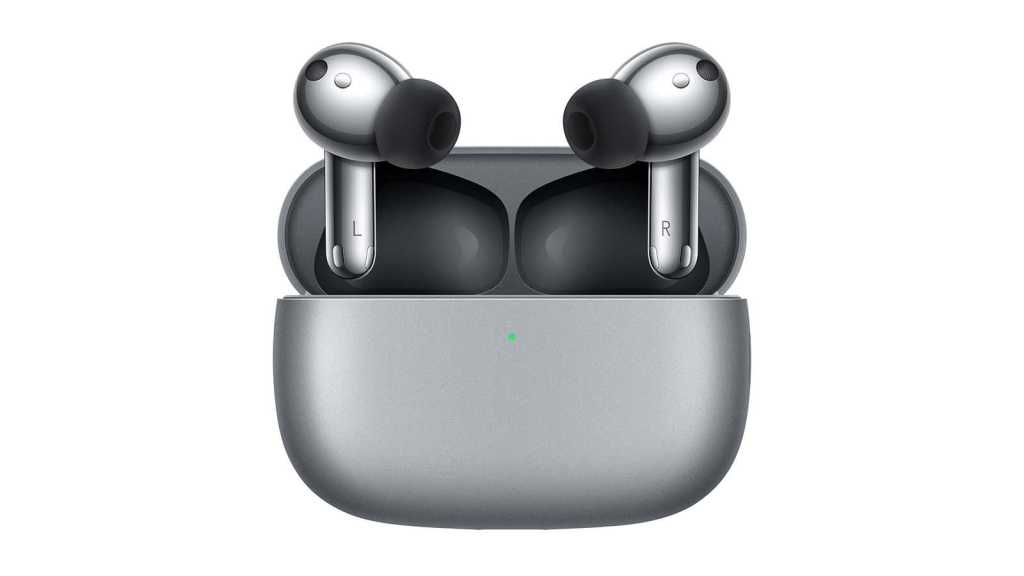 MWC is in full swing, and Honor is launching two new accessories alongside its Magic 4 phones: the Honor Earbuds 3 Pro and Honor Watch GS 3.

The Earbuds 3 Pro are headlined by a quirky feature: real-time temperature monitoring. Honor has put this feature in for its ‘health benefits’, as you can use the buds to take your temperature without hunting around the house for a traditional thermometer, in theory.

The earbuds come in two colours – grey and white – along with an AI-based equaliser adjustment which accounts for ear shape and fit to alter the sound to suit the user’s body and preferences.

The buds also feature an IP54 rating, giving them some level of protection against dust and water spray.

As for the actual audio, the Earbuds 3 Pro feature a dual-driver design, comprising of an 11mm dynamic driver as well as a piezoelectric ceramic tweeter.

Honor says that battery life is around six hours from the buds, with “a full day” of use from the charging case. This case supports fast charging, with a 10-minute charge juicing the buds up to around 65%. 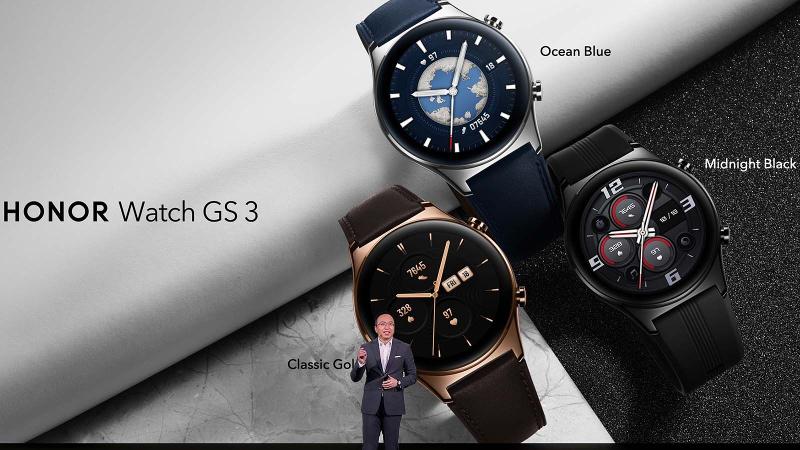 Also announced at MWC is the Honor Watch GS 3, a smartwatch with a classic timepiece design. Coming in a choice of three colours (Ocean Blue, Classic Gold and Midnight Black) with either a leather or silicone strap, the watch features stainless steel casing with a 3D curved glass display that’s supposedly resistant to fingerprints.

The Honor Watch GS 3 houses a 1.43 AMOLED face. It comes with an eight-channel PPG sensor for continuous heartrate monitoring, over 100 workout modes, auto-detection on six sports, and 12 animated fitness courses, should you need some ideas to keep fit. It’s also water resistant up to 50 metres, so can be used for pool swimming.

Like other Honor watches, this is likely to run on Honor’s own custom OS – meaning that you won’t be able to get third-party apps such as Spotify. You can see what we thought of the Honor Watch GS Pro here.

The Honor Earbuds 3 Pro will set you back €199 when they go on sale soon, while the Honor Watch GS 3 costs €229 for the black model, with a slight premium of €249 for the blue and gold versions.

To read up on the competition, check out our list of the best true wireless earbuds, as well as the best smartwatches on the market right now.