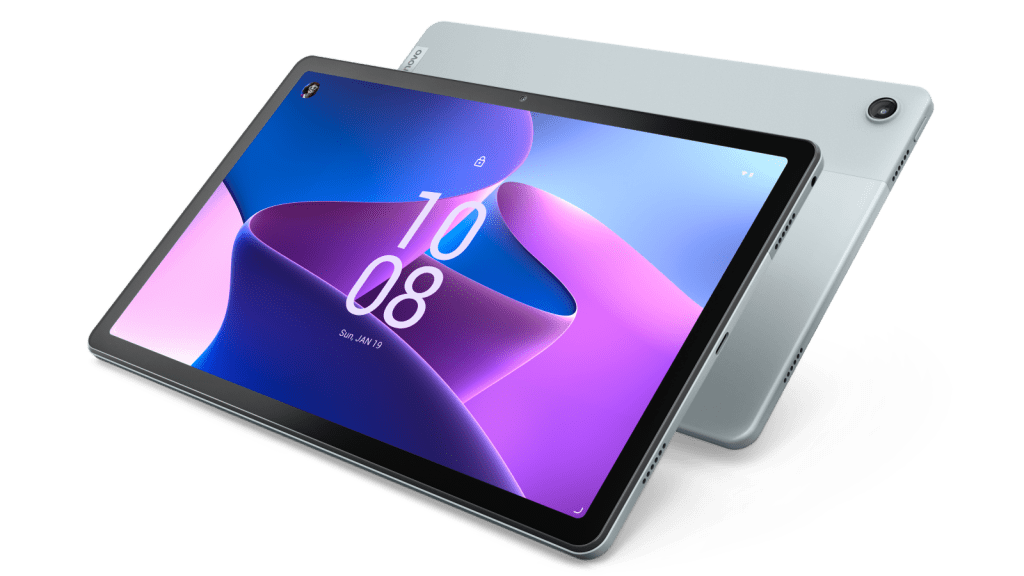 Among a raft of new laptops announced at Mobile World Congress (MWC), Lenovo updated the Tab M10 Plus to a third-generation and it looks like it might be the best budget tablet of the year.

It comes a few months after Samsung announced the tempting Samsung Galaxy Tab A8 with decent specs and an affordable price of £219/US$299. However, the new generation of the Tab M10 Plus comes with similar features but costs only $189.

MWC is largely focused on smartphones but forgive us for getting excited about a budget Android tablet for a moment. New devices are few and far between now the likes of Asus, Sony, HTC, and even Google no longer make slates.

Despite its low asking price, the Lenovo Tab M10 Plus has a lot to offer, starting with a 10.61in IPS display with a 2K resolution. Narrow bezels result in an 85% screen-to-body ratio, and the display can reach a brightness of 400 nits.

Matching the Tab A8 with quad speakers and Dolby Atmos support, the M10 Plus should be an ideal tablet for streaming movies and TV on the go. However, it also has a new Reading Mode which has various options including greyscale and muted colours. This also goes hand in hand with TÜV-certification for low blue light.

Budding artists and notetakers can also make use of the optional Precision Pen with its 4,096 levels of pressure sensitivity and Lenovo Instant Memo. A Folio Case is another optional accessory.

Regardless of what you’re doing with the Tab M10 Plus, it seems it’s unlikely to run out while you’re doing it with a promise of 12 hours of battery life (for video playback, at least) from the 7700mAh cell.

Internal specs reach up to 6GB of RAM and 128GB and depending on whether you choose Wi-Fi only or a 4G LTE model, you’ll get either a MediaTek G80 or Qualcomm Snapdragon 680 processor respectively – these are basic, but will be enough for streaming and social media.

All of this comes in a 7.45mm thin chassis and the M10 Plus weighs just 465g. The two-tone design comes in Storm Grey or Frost Blue. It ships with Android 12 and Lenovo promises an update to Android 13 by 2023.

There’s little else we could ask for from a cheap Android tablet so the Lenovo Tab M10 Plus (3rd Gen) looks well-equipped to take on the Galaxy Tab A8 and other affordable rivals. It will go on sale in June 2022 at $189 (around £140).

Lenovo also unveiled the IdeaPad Duet 3 Chromebook. It looks similar to the M10 with a two-tone design, but comes pre-loaded with Google’s ChromeOS instead of Android.

Other specs include up to 8GB of RAM and 256GB of storage, which is more than many Chromebooks.