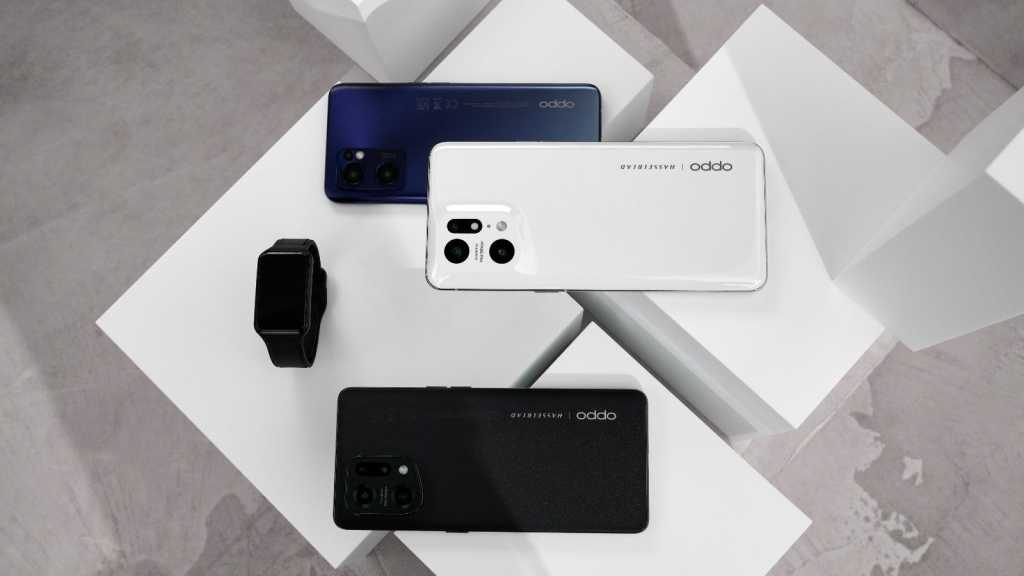 The top model – the Find X5 Pro – uses Qualcomm’s latest chip, the Snapdragon 8 Gen 1. It joins the likes of the Samsung S22 series (in the US, at least) and the newly announced Vivo iQoo 9 Pro gaming phone in being one of the first handsets to feature the processor.

Meanwhile, the cheaper (but still very much high-end) Find X5 will run on the Snapdragon 888, a chip seen across many devices in 2021. The Find X5 Lite is closer to a mid-range phone and is powered by MediaTek’s Dimensity 900. Its specs aren’t quite as competitive as its siblings, with rivals in this space including the recently released Realme 9 Pro+. 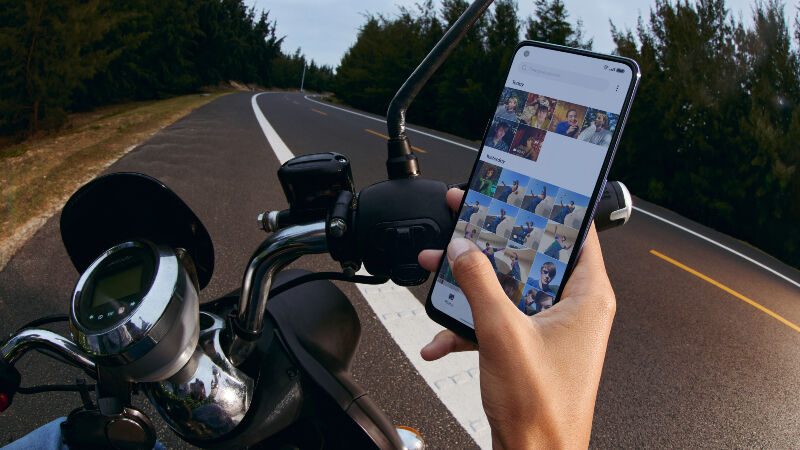 Both the Find X5 Pro and Find X5 come in basic black and white, but the Find X5 Lite is available in light blue and bluish-black. The most notable design feature of the two more expensive handsets is the sloped camera module, which is reminiscent of the Find X3 Pro.

The Find X5 Pro features Oppo’s first ever image processor, the MariSilicon X, which was unveiled back in December 2021. The NPU’s standout feature is its 4K ultra night video, which allows for every frame in a video to be as clear as a photo.

We’ve tested this out already and you can read more in our Oppo Find X5 Pro review. 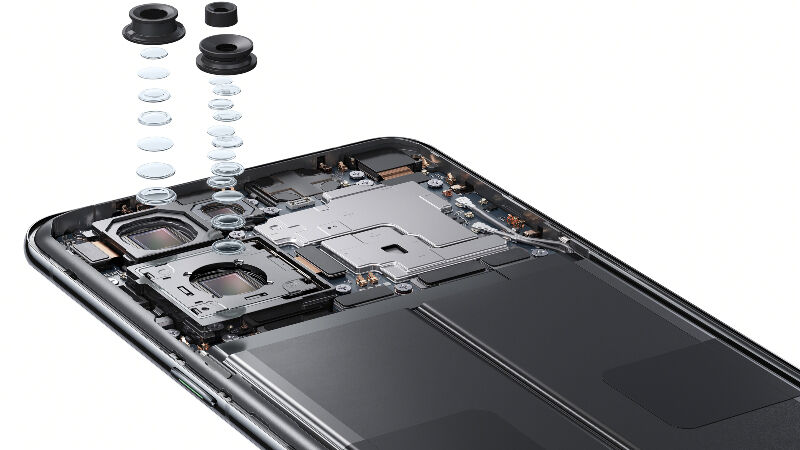 The cameras themselves comprise a pair of 50Mp IMX766 sensors for main and ultra-wide-angle cameras, a 13Mp camera with a 2x telephoto lens and a 32Mp IMX709 selfie camera. The main wide camera is assisted by a five-axis OIS (optical image stabilsation) system to reduce blurring caused by shaky hands.

One rung down the ladder, the Find X5 features the same NPU and almost identical main and wide-angle lenses but forgoes the five-axis OIS and has a more basic OIS setup, with a 32MP IMX615 snapper on the front.

The Find X5 Lite has a 64Mp main camera along with an 8Mp wide-angle and a 2Mp macro.

All three feature Hasselblad-branded camera software, similar to that seen in OnePlus handsets. This comes as no surprise, considering that OnePlus is now under Oppo ownership, along with Realme. 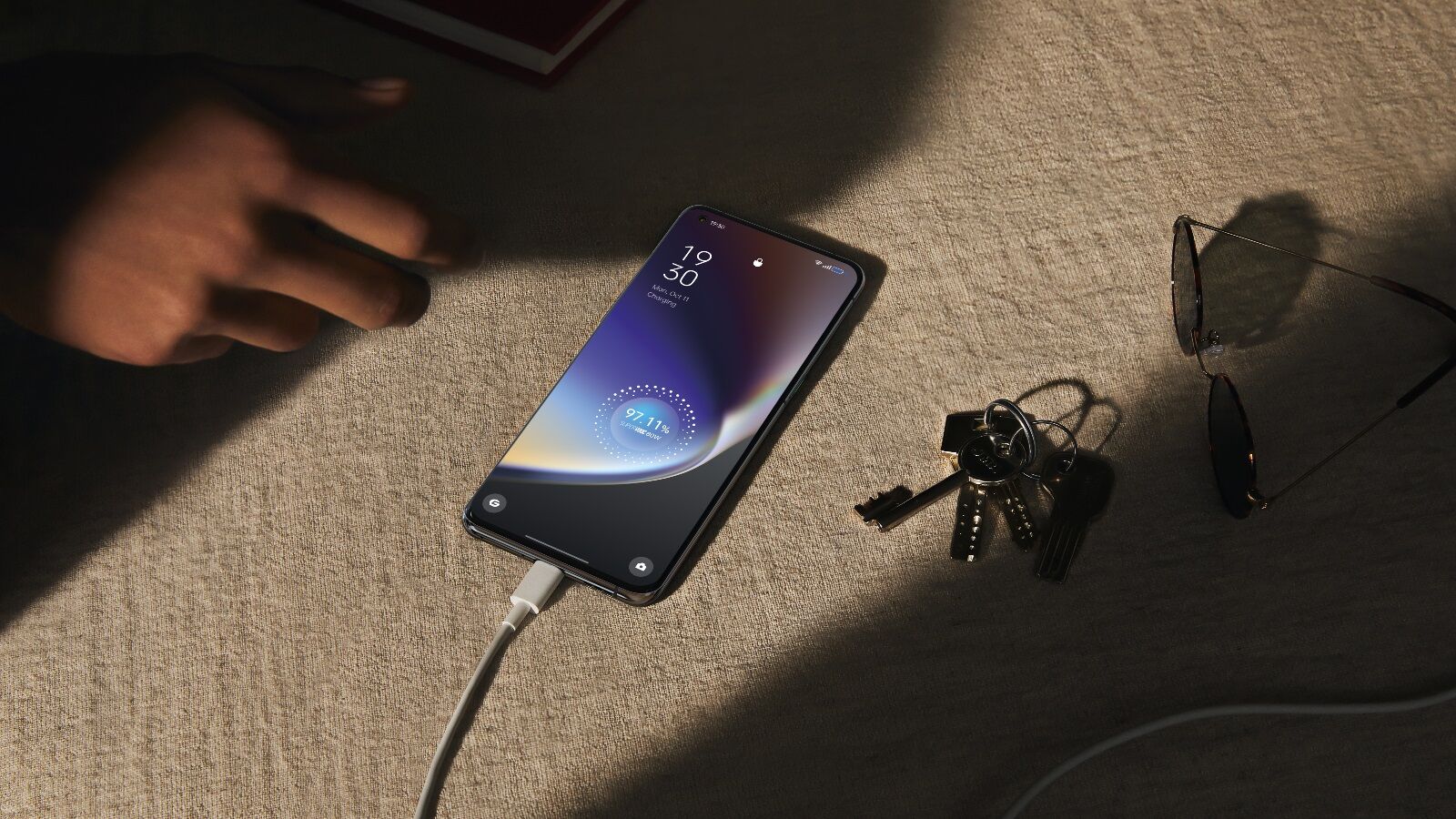 In terms of availability, the Oppo Find X5 series will arrive in the UK on 24 March 2022, and other European countries such as Ireland in “the coming months”. Pre-orders will be begin in the UK on 10 March 2022.

Like other Oppo phones, it’s unlikely that these handsets will ever be sold in the US.

Here are the UK and European prices for all models in the Oppo Find X5 range:

The Find X5 Pro undercuts the Samsung Galaxy S22 Ultra by £100, a sign of its intentions in the Android space. Meanwhile, the regular Find X5 is slightly cheaper than the regular S22.

The new phones were unveiled alongside the Oppo Watch Free – an inexpensive fitness watch that has already been announced in other markets – and the Oppo Enco X2 wireless ANC earbuds. 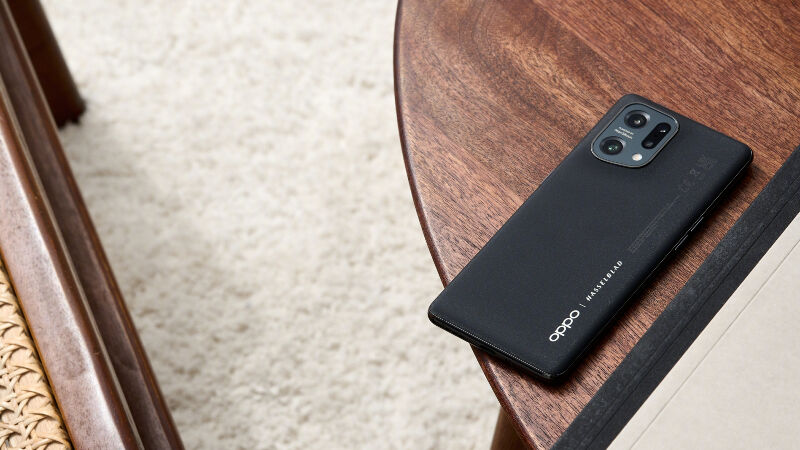 Oppo is holding a press conference at MWC next week, but it remains to be seen whether more products will be unveiled, or if we’ll just get a more in-depth look at the features and performance of the Find X5 series.

You can look at our roundup of the best Oppo phones to see how previous models in the Find X series stack up, as well as our recommendations of the best phones overall, which include the Oppo Find X3 Pro.