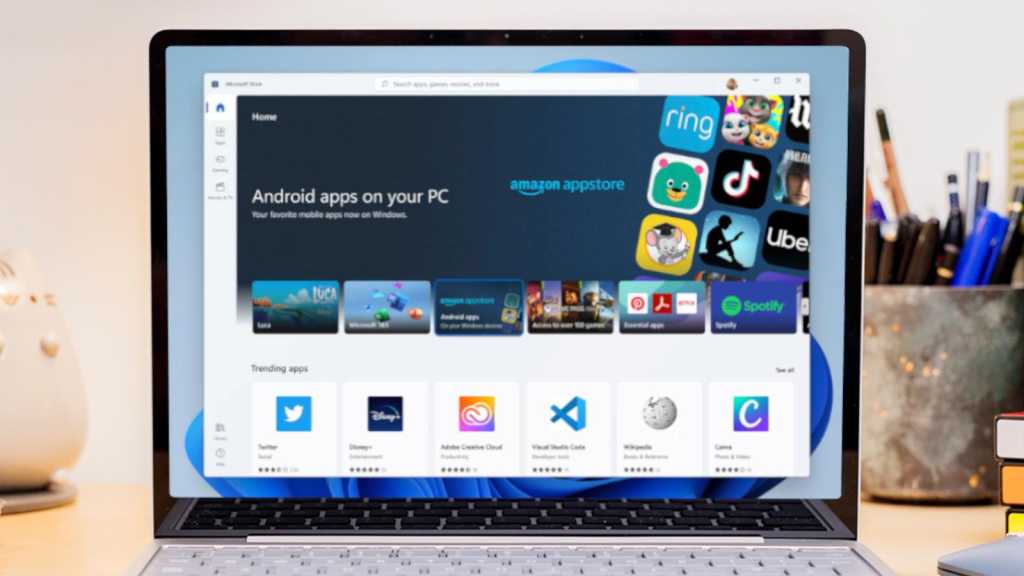 Android app support began rolling out to Windows 11 this week, but not all devices are compatible. Microsoft has published detailed hardware requirements for the feature, which include a minimum of 8GB of RAM and SSD storage.

You’ll also need a recent processor that’s up to the task. Anything older or less powerful than an Intel Core i3 (8th-gen), AMD Ryzen 3000 or Snapdragon 8c CPU won’t work properly. Even then, performance may not be optimal – Microsoft recommends at least 16GB of RAM for the best experience.

The introduced tougher requirements for Windows 11 itself, but they’re nowhere near as strict. That leaves plenty of users running the new OS but unable to access Android apps, one of its big new features.

Many of the best budget laptops do have 8GB of RAM and an SSD, but that may not be the case if you’re using a slightly older device. You may need to buy a flagship laptop to get 16GB of RAM or upgrade your desktop PC.

It’s the second major reason why native Android app support isn’t as impressive as it first sounds. The other has been well documented – you can only access them via the Amazon Appstore. There are around 1,000 apps available in Windows 11, but that’s a tiny fraction of the estimated 726,000+ available on Amazon’s Fire tablets (according to 42matters).

If you’d rather be free from these limitations, a workaround allows you to use the Google Play Store on Windows 11 instead. This is a relatively complex process, but ultimately gets you access to the 2.56 million apps available on Android devices (as per BusinessofApps). However, as it’s not officially supported by Microsoft, bugs and other issues are more likely.

A public preview of Android app support is rolling out in version KB5010414 (also known as Build 22000.526) now. To download it, just follow the same steps as you would for any other update. All Windows 11 users can install it and take advantage of the other new features, including various improvements to the taskbar and new stock apps.