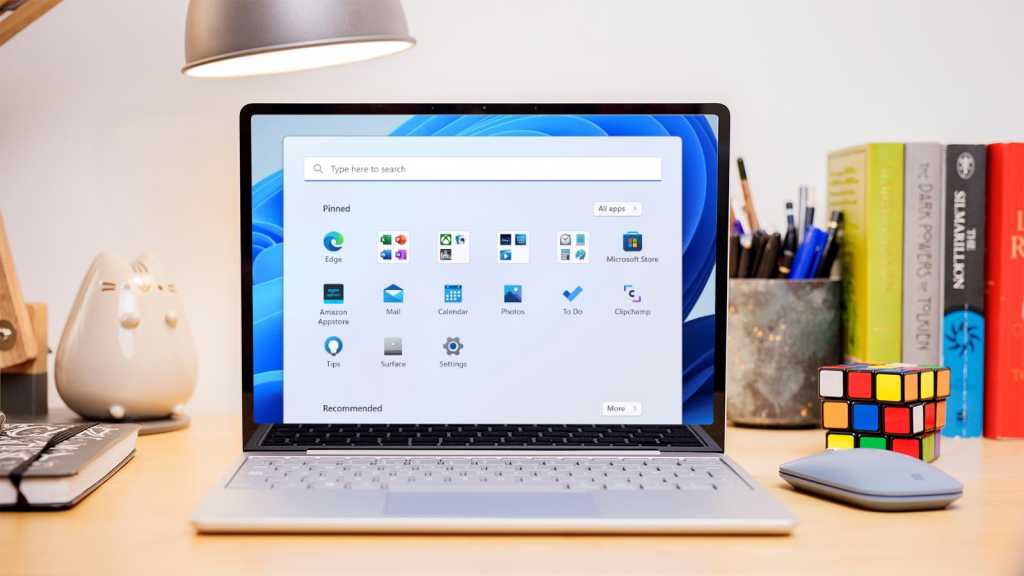 Windows 11 just got its biggest update since first launching, but it’s clear Microsoft isn’t done there. A new build available to members of the Windows Insider Program reveals several upcoming features, including Start menu folders, new touch gestures and the return of drag-and-drop support to the taskbar.

Folders are designed to help organise the list of ‘Pinned’ apps on the Start menu. Instead of being limited to only a handful, lots of apps can now be grouped by category. Creating a folder is as simple as dragging one app on top of another, although there’s not yet an option to name them. That’s expected to be added at a later date.

Microsoft is also taking steps to make Windows 11 more intuitive for touch input. Five new gestures will allow you to easily navigate by swiping and tapping the screen rather than clicking. A swipe up on the taskbar will bring up the Start menu, where you can also swipe between Pinned, All Apps and Recommended sections.

However, if you specifically swipe from the bottom-right of the taskbar, the Quick Settings menu will display. Similarly, swiping in from the right of the screen will bring up Notification Center. To dismiss any of these, just swipe in the opposite direction.

If you often use Windows 11 as a tablet, a gripper will help prevent accidental swipes while using apps in full-screen mode. Moving between portrait and landscape mode should also be more fluid and responsive.

It’ll also be easier to take advantage of the Snap Layouts multitasking feature, meaning a simple drag to the top of the window will display all possible layouts. Currently, you need to hover over the maximise icon, something that’s not possible using touch.

Drag-and-drop support for the taskbar is technically a new feature, albeit one that Microsoft removed with the introduction of Windows 11. This was widely criticised by early adopters, so it’s good to know the functionality will return soon.

In a bumper build, several other new features are also worth highlighting. Live Captions will be built into Windows 11, allowing for on-screen transcription of any audio content. The redesigned Task Manager app will become available, alongside minor improvements to File Explorer and Quick Access.

These features all form part of Build 22557, which is available in the Dev Channel of the Windows Insider Program. Everything here is expected to make its way into Windows 11 in the coming weeks and months, but the Dev Channel will soon be getting more experimental.

This Build comes hot on the heels of Windows 11’s first big update, which began rolling out earlier this week. It includes features such as Android app support taskbar improvements and new stock apps.

Microsoft committed to just one feature update per year when it launched Windows 11 in 2021, rather than the two we saw with Windows 10. However, it’s now clear the company is planning to add new features to its OS throughout the year.