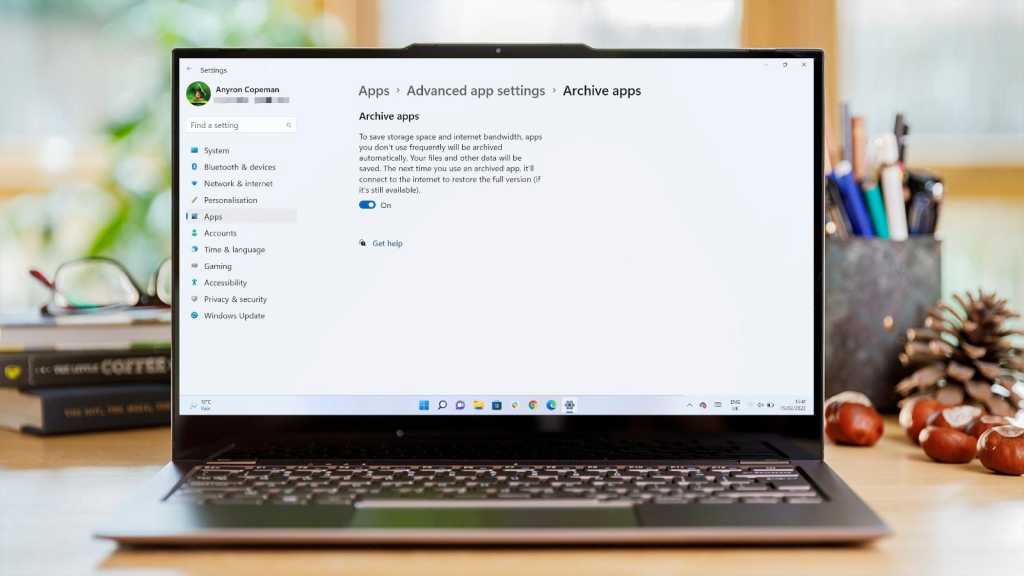 If your laptop or PC is running low on storage, checking all the apps you have installed should be your first port of call. That’s often where you’ll find large files which take up a lot of space – it makes sense to get rid of any you’re not using.

For apps that haven’t been touched in months or even years, deleting them is a no-brainer. But for those that you only use occasionally, the decision becomes much more difficult. Most people will end up keeping the app installed, using an external drive or cloud storage to free up space elsewhere.

However, there is an alternative. In Windows 11, Microsoft can automatically archive apps you rarely used instead – this uninstalls it without removing all the system files from your device. If you ever need to use it again, the app can then be reinstalled on demand by connecting to the Microsoft servers. That means it’s only available for apps you’ve downloaded from the Microsoft Store, but there’s a much greater selection on offer in Windows 11 than Windows 10.

Aside from taking up barely any space compared to the full version, archived apps also don’t use any internet bandwidth. Most apps use Wi-Fi even when they’re not open, but archiving should make your connection faster and more reliable.

Without further ado, here’s how to use the Archive apps feature on Windows 11.

How to enable or disable Windows 11’s Archive apps feature

By default, Archiving apps should be enabled in Windows 11. Here’s how to make sure, or turn it off if you’d prefer not to use it:

Do bear in mind that Windows 11 will only be able to download archived apps if they’re still available at the Microsoft Store. If you might end up archiving an app that can’t be easily reinstalled, it’s worth keeping this setting off.

When turned on, Microsoft says it will automatically archive apps that you don’t use frequently. However, it’s not clear how often “frequently” means in this scenario.

In future, it would be nice to see Microsoft let you archive on an app-by-app basis. For apps that take up more space and internet bandwidth, it would make sense to archive more aggressively.

Until then, archiving remains a useful way to free up space on Windows 11. But the OS has plenty of other powerful tools to do just that, including Storage sense, Cleanup recommendations and Temporary files that you can often delete. Just head to Settings > System > Storage to see the available options.