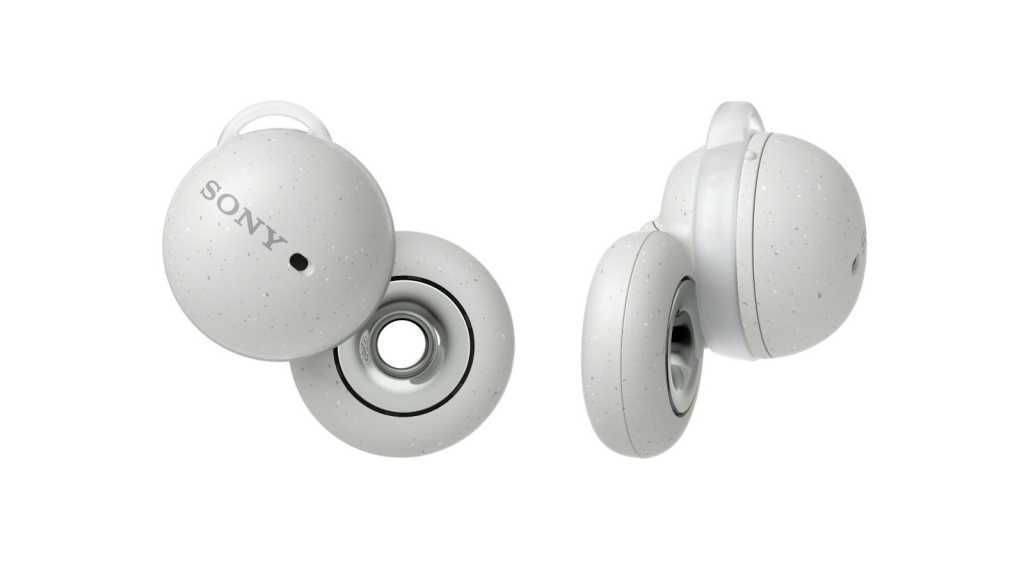 Sony is well known for its 1000X and Extra Bass headphones, but the firm’s new pair are unlike any we’ve seen before. The LinkBuds literally have a hole in the middle and you can tap your face to control them.

If you thought you’d seen all the crazy headphone concepts, then you’d be wrong. The LinkBuds are like something out of a sci-fi film. Instead of touch-sensitive controls on the buds themselves, something called ‘Wide Area Tap’ means you can tap straight onto the side of your face, near your ear.

The buds can sense vibration, meaning a double or triple tap can carry out various functions, such as playback and volume control. The choice is rendered yours from within the accompanying app and Sony says the vibration from movement like running won’t interfere.

The company has implemented an ‘open ring design’, which is to say the 12mm driver has a small hole in the middle; meaning can still hear what’s going on around you. It’s a very different take on an open design to any prior pair of buds from the company.

The idea is that you can leave the earbuds in your ears all the time, without compromise. While listening to music or other content, you can remain aware of your surroundings, then simply hit pause if you need to have a conversation or otherwise.

Sony is targeting a younger audience for the LinkBuds (around 16 to 26-year-olds), who are more likely to wear earbuds all day long as a fashion item. There’s also an emphasis on sport and fitness use-cases as well as commuting but our Reviews Editor, Chris Martin, thinks they might be perfect for working from home.

“LinkBuds have been created with a unique open ring design and allow you to tune into the outside world whenever you want, without compromising your listening experience,” says Sony. 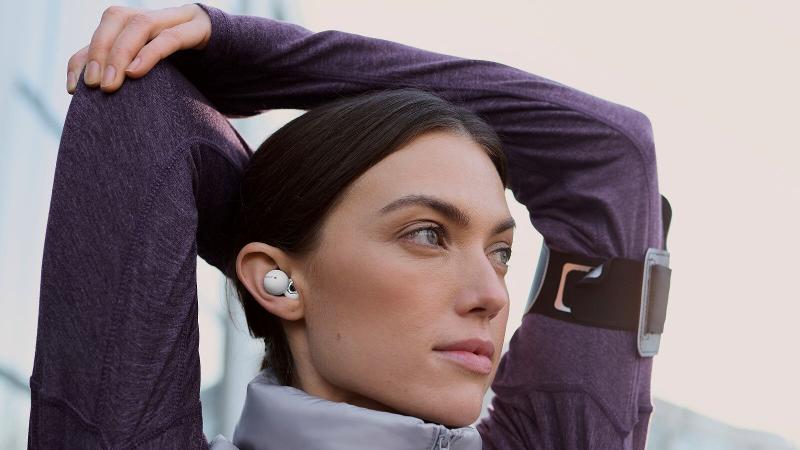 It also means you never have to turn them off, according to the company, as they are so compact and light; just 4.1g each, which is 44% lighter than the WF-1000XM4 earbuds. They will run out of battery eventually though, with five and a half hours in the LinkBuds then a further 12 hours offered up by the charging case.

Sony’s LinkBuds come in grey or white colours and are, along with the case, made from recycled materials; a combination of plastic chips from car parts, mixed with stone. The packaging, meanwhile, is plastic-free and fully recyclable.

The LinkBuds are IPX4 splash resistant and there’s support for Quick Pair and Swift Pair for Android and Windows devices, respectively.

They are certainly an interesting and alternative option in the wireless earbuds market, for the right user. Sony is selling the LinkBuds for £150, US$180 or €180 and they go on sale immediately.