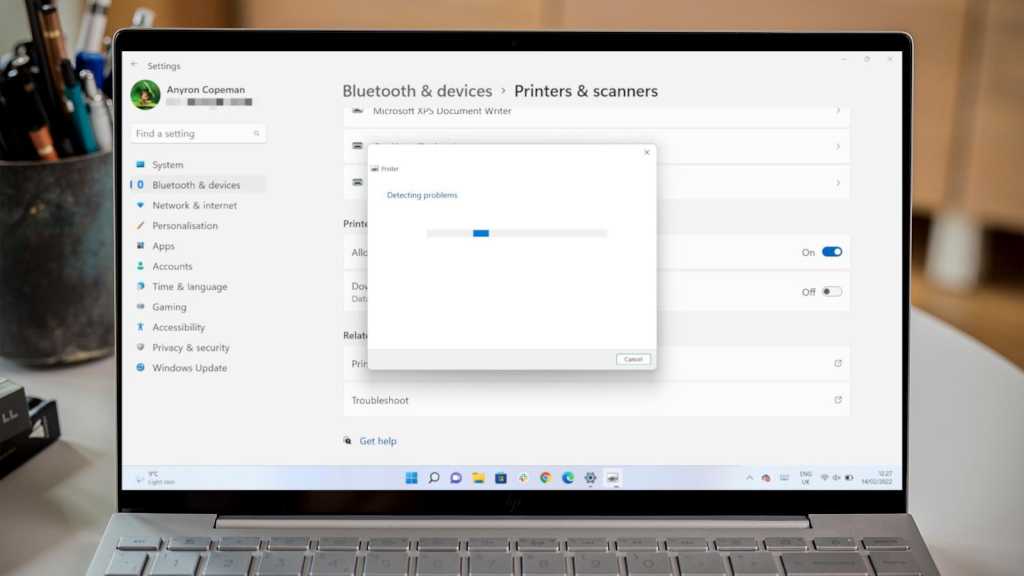 Microsoft released Windows 11’s first big update to members of its Insider Program last week, but you should avoid downloading it for now. After installing version KB5010414, some users have reported issues while printing and overheating as a result of high CPU loads – neither of these were problems before installing the update.

That’s according to BetaNews, so it’s not clear if Microsoft is aware of these bugs, but the company is unlikely to release an official fix at this stage. Identifying issues is one of the key purposes of the Insider Program, allowing time for them to be patched ahead of general availability. That’s expected to be at some point before the end of February, although Microsoft may choose to roll it out gradually.

Either way, all Windows 11 devices should get the update within the next few weeks. That makes downloading this buggy version via the Insider Program a risk that’s not worth taking for most people. The only real exception is if you’re particularly annoyed by incorrect tooltips being displayed when hovering over taskbar icons – the KB5010414 update fixes this.

Once these issues are ironed out, the February 2022 update brings some exciting new features to Windows 11. These include new taskbar functionality in the form of easier window sharing and mute/unmute options for Microsoft Teams calls and weather integration, ahead of drag-and-drop support’s expected return later this year. You’ll also get new versions of the Notepad and Media Player apps, alongside the addition of the clock and date to all external monitors.

However, public availability of Android apps for the first time is probably the most exciting feature. This remains limited to the Amazon Appstore for now, but third-party alternatives such as the Epic Games Store are expected at some point.

The Google Play Store may never be supported officially, but a workaround means you can access the full range of Android apps from your Windows 11 device right now. Another alternative is Google’s Play Games app, which the company is expected to launch for Windows 10 and 11 later this year.

Before then, if you’re willing to wait until the final version of the February update is released, it looks like it’ll deliver significant improvements to the Windows 11 experience. As it stands now, printing and overheating bugs mean it arguably does more harm than good.