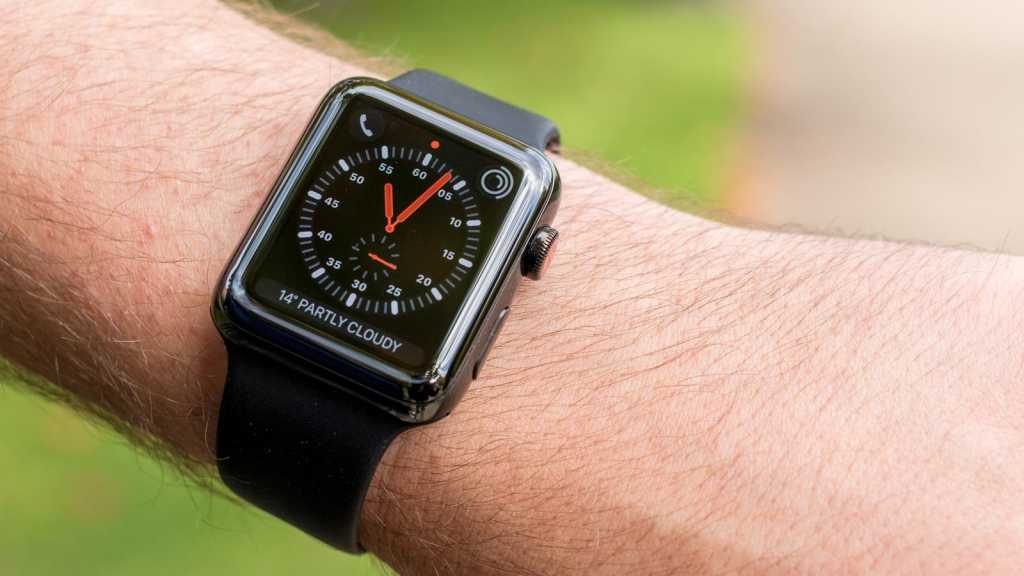 A lot of people expected Apple to discontinue the Watch Series 3 when it released watchOS 8 towards the end of last year, and that it would stop selling the sub-£200/$200 wearable – or at least make the more compelling, more powerful Apple Watch SE the entry-level model.

But it turned out that Apple wasn’t quite done with the ageing smartwatch just yet. Indeed, some owners claim that watchOS 8 runs better than 7 did on their Series 3.

Even if that is true and Apple has used its technical wizardry to make a five-year-old smartwatch run faster on newer software, I still have to ask the question, why is Apple still selling the Apple Watch Series 3?

When a friend showed me her ‘new’ Apple Watch and presented a wrist adorned with tech over four years old, I was a bit shocked at how dated it looked – there’s a marked difference to the Series 7.

The latest Apple Watch has a large, expansive display and, by comparison, the Series 3’s looks positively tiny. Its 272 x 340 resolution is the same as the original Apple Watch and the display has a thick bezel, which squeezes the display into a more rectangular shape than newer models.

The Series 3 even looks dated when comparing it to much of the current crop of budget smartwatches. It also means the watch faces, which seemed stunning four years ago, no longer look all that great, lacking some of the detail from newer models. More importantly, they also have extremely limited complication support.

Despite a healthy selection of first- and third-party complications (customisable widgets in the watch face), the limited processing power available means the Series 3 can only display one complication at a time.

Considering complications are one of the most helpful aspects of the Apple Watch, providing live information such as steps, weather and heart rate, Series 3 owners are missing out more than they might realise.

They also miss out entirely on some of the newer, better-looking and more useful watch faces that offer multiple complications.

The third-gen S3 processor’s lower performance also means apps don’t run as well – especially those designed with more modern variants of Watch in mind. You’re still free to install as many apps as the 8GB of storage can hold (another downside, by the way!) but whether they’ll run properly, or at all, is another story.

When I owned a Series 4, which had a slightly faster processor, I eventually gave up trying to use apps because I hated waiting for them to load and grab data from my iPhone. On even older hardware, that experience is even worse.

In fact, it’s only with the Series 7‘s near-instant loading times that I’m now fully appreciating apps on the Apple Watch.

Even if you don’t mind the dated design and lack of processing power, there’s a bunch of smaller issues that mean the Series 3 just doesn’t feel very ‘Apple’ any more.

The biggest, for me at least, is updates. With almost any other Apple product, the software update process is painless. You just download the update, hit install and the job is done leaving your apps and data intact.

The problem is that Apple only sells the 8GB model of Apple Watch Series 3, and that simply isn’t enough storage to be able to update the operating system.

It means the Apple Watch Series 3 has to be completely reset and restored with every big OS update. That’s a headache many buyers will be unaware of, as well as the risk that the restore process may go wrong, resulting in the loss of some data. Even if everything goes smoothly, the whole thing takes much longer than updating the software on newer Apple Watches.

So, again, why is Apple still selling this outdated wearable? It certainly feels like the “you’ll get what you’re given” approach that Apple seems to adopt when it comes to its entry-level products. For years, budget iPads including the iPad mini were neglected and given minor updates every few years, and the original iPhone SE was underpowered compared not only to other iPhones but much of the Android competition.

However, that tide is beginning to change. We’ve seen more significant changes to entry-level products like the 10.2in iPad and the rumoured iPhone SE 5G coming later this year, but until the Apple Watch Series 3 is retired and replaced with a device that’s more capable (and capable of competing in the budget/mid-range smartwatch space), it will exist as a red flag in Apple’s lineup. Or at least, it should.

If you’re tempted by the idea of an affordable Apple Watch – or are advising someone else – consider the Apple Watch SE as the true base model. It has a bigger, better display, support for features like Fall Detection and multiple complications, all for less than £70/$80 more than the Apple Watch Series 3.