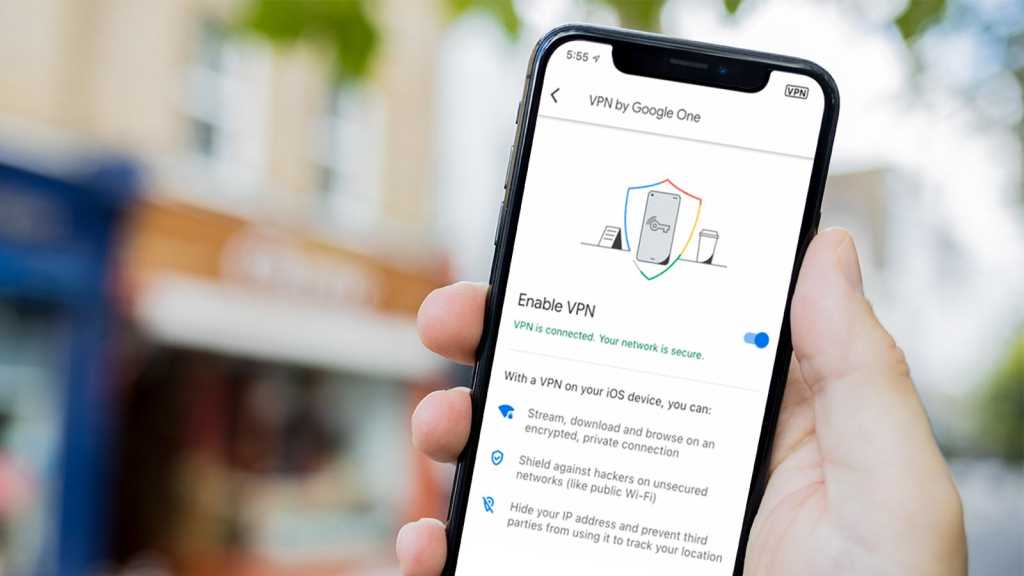 Since launching on Android in the US at the end of 2020, Google hasn’t said much about its VPN service. It’s part of Google One, which is primarily a cloud storage service.

Now, Google has started to roll out the VPN to iOS users, but there’s no word on when it will become available on Windows and macOS.

It has also expanded the service beyond the US to Austria, Belgium, Canada, Denmark, Finland, France, Germany, Iceland, Ireland, Italy, Mexico, the Netherlands, Norway, Spain, Sweden, Switzerland and the United Kingdom.

That still leaves out plenty of key countries, but there are plans to “add more countries over time”.

Android users also now have three extra VPN features. One, called Safe Disconnect, only lets you use the internet when the VPN is connected (this isn’t a kill switch), and another allows apps that you choose to use your normal internet connection instead of the VPN (this is split-tunnelling).

Finally there’s a snooze option to temporarily turn off the VPN.

Is VPN by Google One any good?

Google is positioning the VPN as “an extra layer of online protection… giving you peace of mind that your connection is safer”.

What you need to understand is that by using any VPN, you’re routing all the data sent between your device and the internet via the VPN server. That only changes if you use the ‘App Bypass’ feature in VPN by Google One to force some apps to not use the VPN.

Regardless, any data sent over the VPN connection goes via a server run by the VPN provider before being sent on to its final destination – a website or an online service such as Netflix.

You might know that a VPN encrypts the data, which is how it adds that layer of protection. However, the data is decrypted when it arrives at the VPN server before it is sent to that final destination.

What this means is that you’re entrusting your VPN provider with that data. Yes, some of it will still be encrypted because even without a VPN, most websites use HTTPS (which is encrypted) and many apps, such as banking apps, use encryption as well.

But for the stuff that isn’t encrypted – the stuff that really benefits from a VPN’s protection – there’s the potential that the VPN provider can view that data. That’s why you have to trust that your provider is going to respect your privacy and not view or use that data.

For its part, Google has open sourced the code for the VPN so anyone, or at least anyone who can understand what the code is doing, can check that nothing dodgy is going on, and it also says “we will never use the VPN connection to track, log, or sell your online activity. Some minimum logging is performed to ensure quality of service, but your network traffic or IP associated with the VPN is never logged.”

This should mean that although some unencrypted data is passing through Google’s servers, it won’t be recorded and – hopefully – it won’t be viewed by anyone either.

Many people want a VPN to unblock content, but that isn’t what VPN by Google One does. There isn’t even a location list in the Google One app. So you can’t use it to pretend to be in a specific country that’s different from your actual location.

Plus, you can’t even use it if you’re in an unsupported country. It simply won’t work. At all.

The other drawback is that you only get the VPN if you subscribe to Google One’s Premium tier.

That’s the most expensive one that includes 2TB of storage and costs £79.99 / US$99.99 per year. If the VPN service offered equivalent features to NordVPN, say, then you might consider that reasonable value.

But as it stands, there are far better choices if you want a VPN.