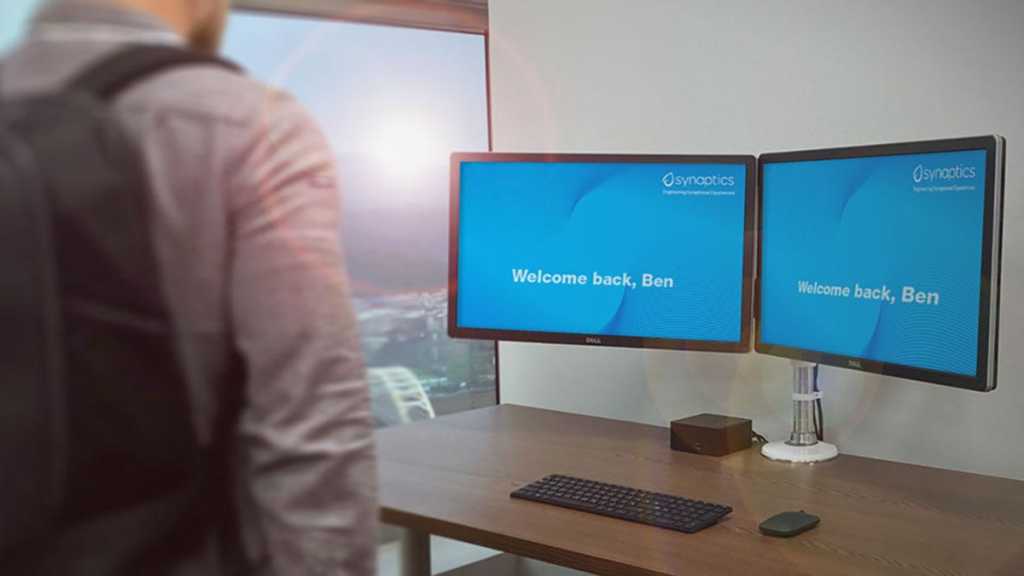 Imagine walking up to an office hot desk and being automatically connected to storage devices and external displays before you’ve even taken your laptop from your backpack.

The dream of a powerful wireless laptop docking station may become reality by the end of the year, with Synaptics working with dock OEMs using its Gemini reference platform to create business and personal docks that require no physical connection to the laptop.

Docking stations have revolutionised how we use the laptop in our working and personal lives – turning the portable computer into a system that’s as versatile as a full desktop workstation setup.

Today, a dock connects the laptop to multiple devices and screens via a single cable – today mostly via USB-C and Thunderbolt. This overcomes the limitations of laptops that offer few connectivity ports. Instead, the laptop-connected dock hosts the ports, such as HDMI, DisplayPort, Ethernet, USB, Thunderbolt and memory card readers.

The system isn’t built to also power a laptop like most of today’s docking stations, but wireless charging already exists in other available products.

Using the Synaptics Gemini platform, new docks will be able to wirelessly connect to authorised laptops, doing away with cables altogether in favour of WiFi 6 and 6E, and utilising storage and other USB devices plus displays connected to the dock.

Its connect-on-approach system means that laptops can be automatically paired with the dock, which itself has wired connections to devices and screens.

It can work with any PC that supports WiFi 6, but a Mac version isn’t expected for over a year. Synaptics says it is working with seven OEMs and expects wireless docks based on its Gemini reference system to be available by the end of 2022.

Previously, wireless docks – using WiGig – have been limited by the technology’s narrow bandwidth.

The DL-1950 is a custom system-on-a-chip (SoC) built on DisplayLink technology that targets wireless graphics connectivity between host PCs and displays. In 2020 Synaptics bought DisplayLink, creator of the popular technology designed to connect computers and displays using USB, Ethernet, and WiFi.

It works with WiFi 6/6e radios to dynamically adjust as available bandwidth changes, which will be vital to support devices that require higher data transfer rates.

Combined with connectivity management and MA-USB the DL-1950 enables dual-4K 60Hz display capability with ultra-low latency to create a link the company claims is “indistinguishable from a wired connection”.

The key to creating a full wired-like system is the dynamically adjustable bandwidth-aware compression that works with Synaptics WiFi radios to adjust on-the-fly with available bandwidth.

The system is configurable to support dual displays at up to 4K 60Hz and optimised to allow video camera operation with Media Agnostic USB (MA-USB).