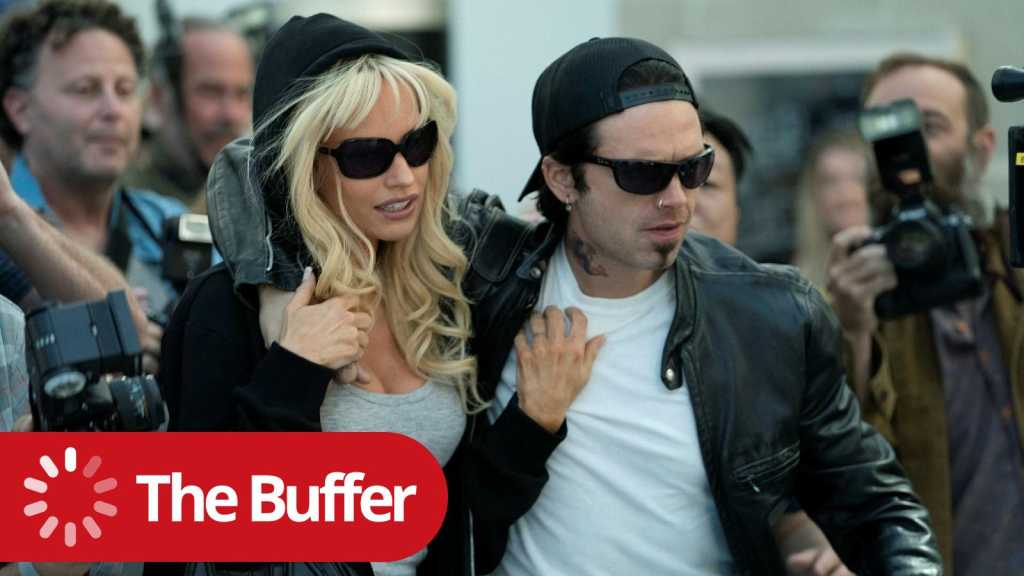 When it comes to TV dramas based on true-life events, there’s nothing more shocking than knowing that (at least some of) what’s depicted on-screen actually happened.

As the viewer, the onus is on you to dig deeper – an excuse to unearth Wikipedia articles and old YouTube footage – in order to compare and contrast the real events with the dramatic interpretation you’ve just watched.

There is no better recent example of this than Pam & Tommy: a new streaming series freshly available on Hulu (US) and Disney+ (UK & internationally). The show stars Lily James as model and actress Pamela Anderson, and Sebastian Stan as her rock star husband, Mötley Crüe’s Tommy Lee.

The pair made headlines in the nineties when their sex tape was leaked without their consent; a scandal that became a huge talking point in their lives at the time, with reverberations reaching through to the present day.

The series is primarily based on a 2014 Rolling Stone article by Amanda Chicago Lewis, delving into the story of the person responsible for leaking the tape (Rand Gauthier), while also exploring how it differently affected the careers of the couple. For Tommy Lee, it heightened his Rock and Roll status, however Anderson, conversely, was shamed and ridiculed.

Pam & Tommy charts this story, and having seen the first two episodes early, it shines a spotlight on matters like invasion of privacy, slut-shaming and the lack of accountability for these things back in the nineties.

Don’t get me wrong, it is still downright shocking and outrageous but underneath the unbelievable prosthetics, sequences depicting drug-induced dazes and copious amounts of nudity, there’s a clear point that the showrunners wanted to get across: the public and press reaction of the period to this tape was downright wrong.

That said, the series itself has a large cloud hanging over it. Rumours have circulated that Anderson never gave her blessing for the show to be made, something that showrunner Craig Gillespie addressed when speaking to the Radio Times, claiming that the team framed the show to defend Pamela, rather than shame her.

“The thing that gave me comfort was I felt like we really had an opportunity to change the narrative of this story, and to show it from a perspective that people can hopefully learn and grow from. And I felt that we portrayed them in a very empathetic way. I thought the writers did a really nice job with that.”

Anderson has not publicly commented on the series but Entertainment Online suggests sources have stated that she found the production “painful.”

Her friend Courtney Love made her feelings on the series very clear in a now-deleted Facebook post. In addition, lead actress Lily James – who underwent a three-hour transformation in order to become the Hollywood star – found all her attempts to contact Anderson fruitless.

Of course, Pam & Tommy isn’t the first high-profile adaptation on a streaming service to be met with criticism. One of Netflix’s staples for many years now is The Crown: a fictional adaptation charting the reign of Queen Elizabeth II and her dealings with the Royal Family.

The Royals have not spoken publicly about their depictions, but not every member is portrayed in the best light. The Times published an article which claimed that Prince William wasn’t happy with the portrayal of Charles, shown verbally berating Diana, with an alleged source stating that he feels that “his parents are being exploited and presented in a false, simplistic way to make money.”

The next season will likely garner yet more controversy, as it covers Diana’s infamous interview with Martin Bashir, despite the Royal family being involved in a very public dispute about the programme.

The Times also reported that Jemima Goldsmith – a consultant on the series and a close friend of Princess Diana – quit the show over how Diana was being portrayed. In an interview, she stated that this “particular storyline would not necessarily be told as respectfully or compassionately as I had hoped.”

The showrunner for The Crown, Peter Morgan, has been open about sensationalising the Royals’ story and even admitted that he made some parts up entirely, to move the plot along.

Morgan has also stated that he wanted to showcase Diana’s true complexity as a character, in an effort to honour her legacy. However, his desire to create a compelling piece of television with a binge-worthy plot is seemingly at odds with this intention.

Another series that has caused similar discourse to both The Crown and Pam & Tommy is The People v. O.J. Simpson: American Crime Story (which originally aired on FX but is now available on Netflix, worldwide).

The families of the murder victims – Nicole Brown Simpson and Ron Goldman – condemned the series’ creators for failing to consult with them, for portraying events inaccurately and for only showing Ron and Nicole as dead bodies, rather than delving into who they were as people.

Showrunners who deal with real-life scandals and events have to walk a fine line. Whilst they may wish to be sensitive with the subjects involved, they also face the pressures of budgets and viewer targets. Eventually, any original good intention has the potential to get lost, leaving the real people represented in these stories left by the wayside.

No matter how well-intentioned screenwriters are with the source material, sometimes it’s important that we, as viewers, step back and question how honestly the art we’re consuming is imitating the life (or lives) it’s based upon, and at what point a series shirks its responsibility to deliver a faithful retelling in order to focus more on delivering a compelling story – truth be damned.

It’s no secret that I’m a Marvel fan and the latest MCU film has kept me on the Spider-Man hype train. If you’re sleeping on the Spectacular Spider-Man animated series, then it is well worth a watch. It’s only 26 episodes long but manages to cover a breadth of villains and supporting characters from the comics, with some fresh and original takes.

Though I’ve finished all the episodes in this series, it’s such a good adaptation of Peter Parker’s story that I find myself rewatching episodes for the fun action sequences, classic quips and complex relationship dynamics. Plus, it has one of the catchiest theme songs I have ever heard.