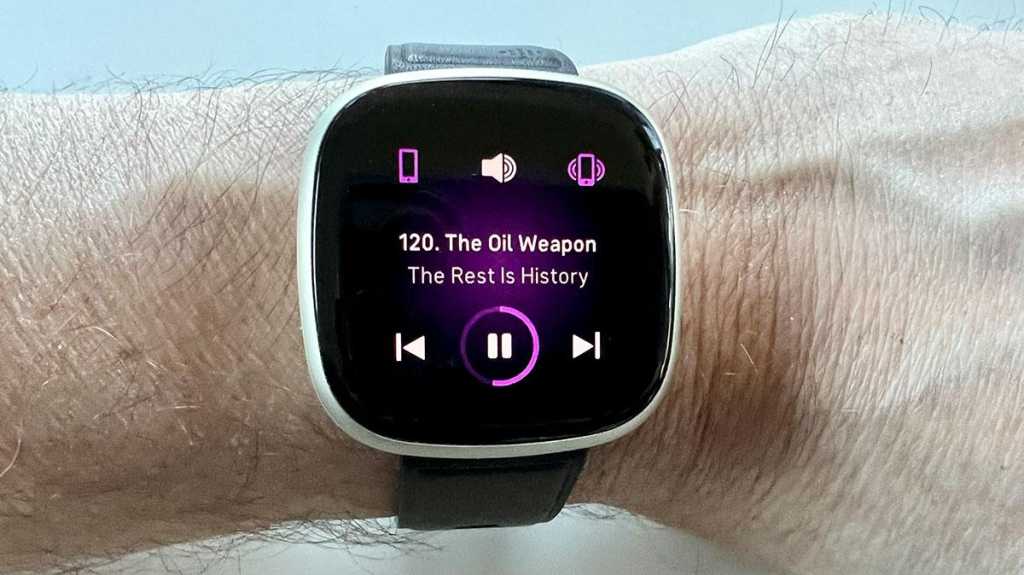 While Fitbit no longer allows you to upload music from your Apple Music account directly to your Fitbit smartwatch, you can still control play from your Fitbit – and it also works with Audible audiobooks and podcasts.

Currently, Fitbit allows you to only access streaming playlists from Deezer and Spotify Premium music services, whereas previously Versa and Versa 2 owners could upload up to 300 songs onto their smartwatch.

These tips work for the Fitbit Versa 3 and Fitbit Sense.

There’s no mention of using Apple Music, Audible or podcasts on Fitbits, but with a couple of clicks and taps you can access these services via your Fitbit.

You still can’t upload songs, audiobooks or podcasts but you can control usage on your phone via your Fitbit.

You can Play, Pause, Skip Forward and Backward, and control volume from your Fitbit.

Here is how to connect music controls to your Fitbit 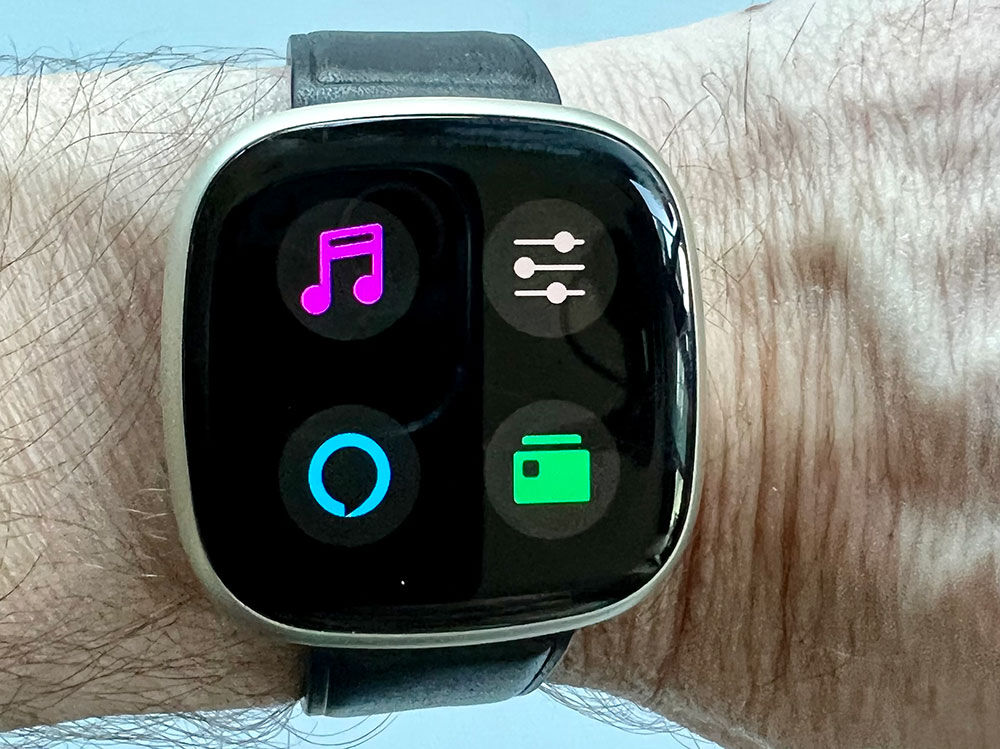 1. First, double click the side button on your Fitbit Versa 3 or Sense. This brings up a screen showing four icons, including Music, Quick Settings, Alexa or Google Assistant and Fitbit Wallet.

3. Tap the phone icon in the top left of the screen. 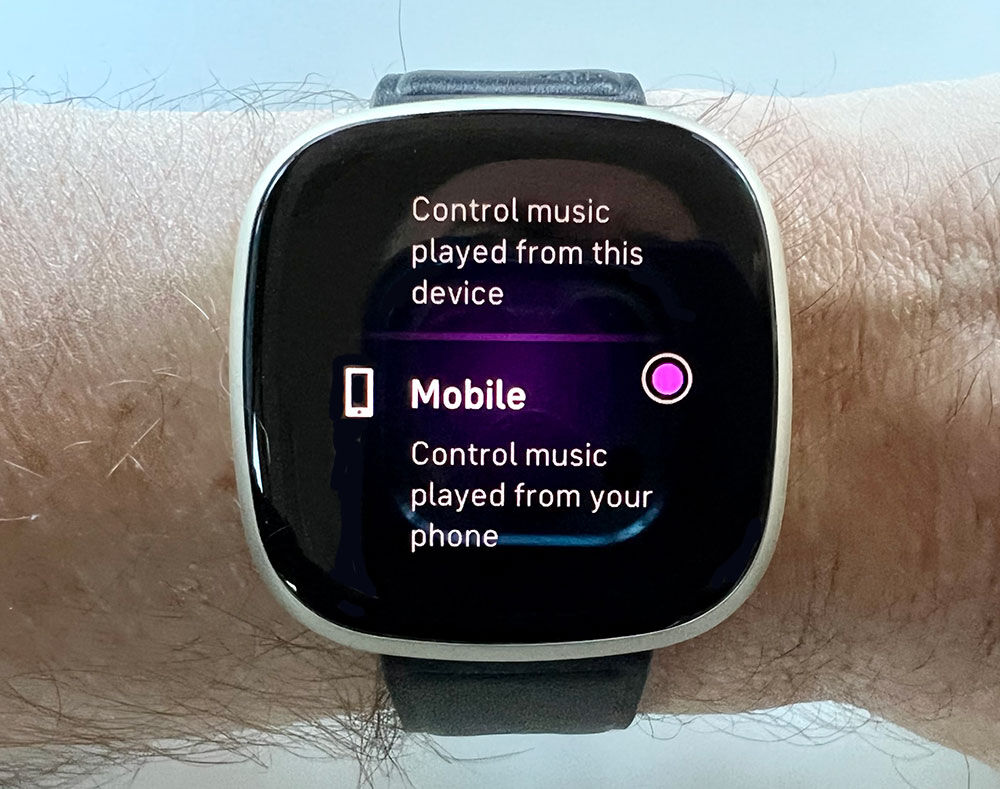 4. Tap Mobile, and a purple radio button shows that you have activated Fitbit Music controls to your phone. 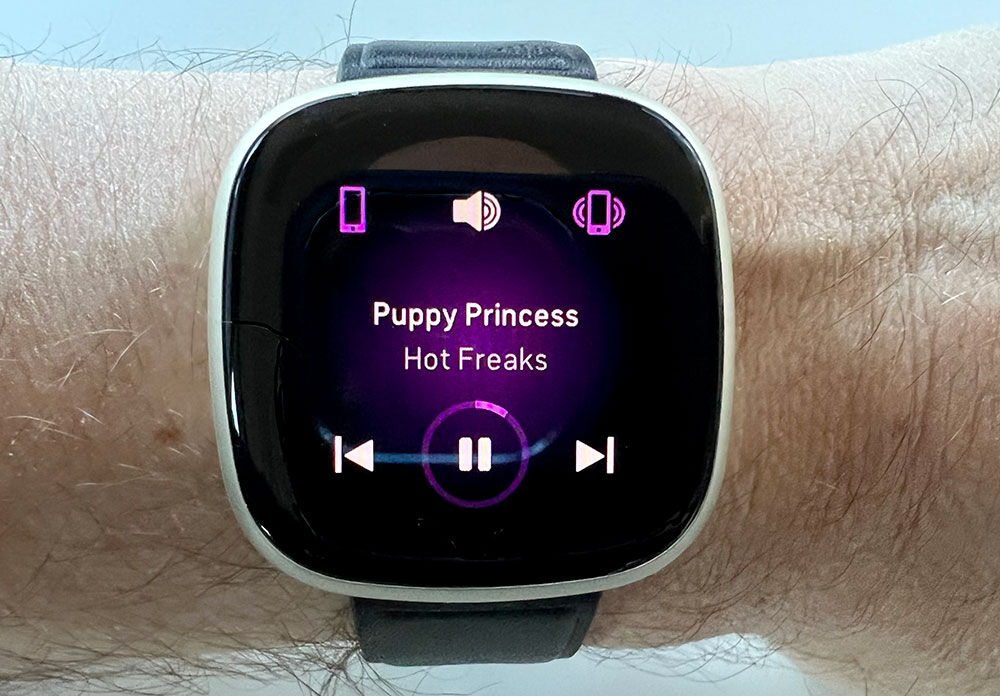 With that done, you can now control the audio from your phone via your Fitbit by double-clicking on the side button and choosing the Music icon.