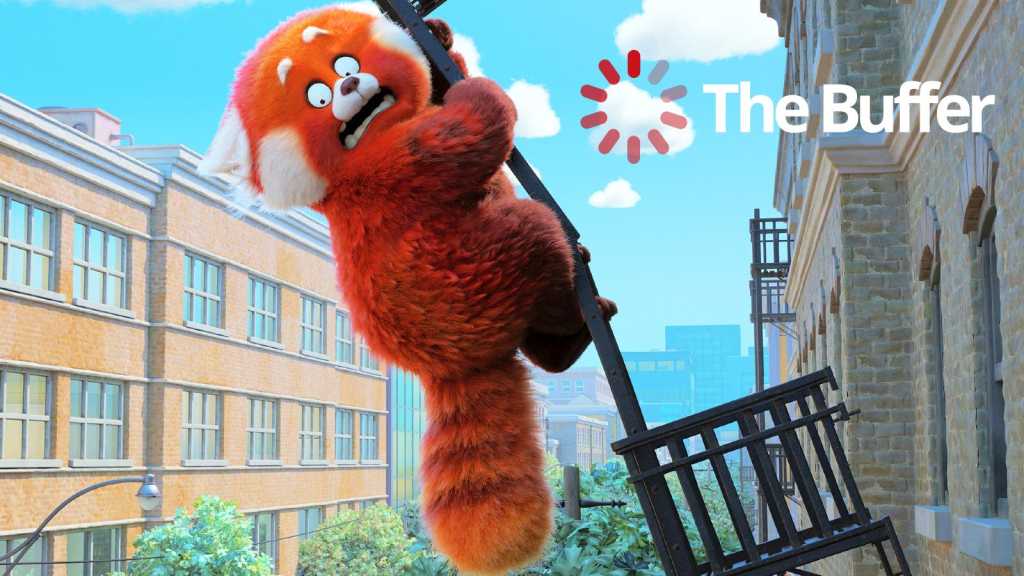 With the world slowly but surely returning to some form of normality, cinematic releases are following suit.

Spider-Man: No Way Home brought people back to theatres in droves, and it seemed like the days of streaming-first releases were over – especially for the entertainment giant Disney.

But, alas, this isn’t the case for one specific part of the Disney empire. The next Pixar film, Turning Red, has been confirmed to get a Disney+ streaming release on 11 March 2022, with no plans for the film to hit cinemas at all.

It’s in part understandable considering the worldwide surge in cases of the Omicron variant. However, Disney has not even offered a dual cinema and streaming release as it did for Black Widow. Instead, the film will only be available on the streaming service. The timing feels even less like a factor when you consider that Turning Red isn’t the first Pixar film to skip cinemas – the studio’s last two features, Soul and Luca, suffered the same fate.

The decision came as a shock to many Pixar employees, according to Insider. An anonymous staffer stated, “We all thought ‘Turning Red’ would be our return to the big screen, and everyone at the studio was so excited about it being this film in particular. It was quite a blow.”

It’s even more striking when you consider that Disney gave theatrical releases to Encanto and Raya and the Last Dragon – both of which were created by Walt Disney Animation Studios, another internal studio that’s separate to Pixar. It begs the question: why is Disney treating Pixar movies differently to its other animated output?

2021 was a successful year for Disney+. The platform hosted nearly back-to-back Marvel shows consistently, brought back a second season of The Mandalorian, and offered movies that weren’t otherwise accessible for people who couldn’t make it out to the cinemas.

But 2022 may be more of an uphill battle for Disney+. The next Marvel series won’t kick off until March, and with a lukewarm reception to The Book of Boba Fett and rising prices for other platforms looming on the horizon, Disney is no doubt searching for ways to incentivise subscribers to stay.

In a quote to Variety, media analyst at Exhibitor Relations Jeff Bock believes that Pixar movies help keep subscribers from churning, stating “The fact they’ve done it with three movies in a row leads me to believe it’s really helping.”

The same article also points out that it’s significantly more expensive for Disney to push a film into theatres than to put it on the streaming service, with the average film from the studio costing around $100 million to promote.

With marketing costs so high, it’s vital that theatrical releases make their money back. But, as the Washington Post points out, families with younger children are less likely to head to the cinema during the pandemic than adults.

Encanto only managed to bag $200 million worldwide in theatres, and then went to Disney+ after just a month. To give some perspective, previous films from Walt Disney Animation Studios such as Moana and Coco managed between $500 million and $800 million before the pandemic.

Forbes notes that by sending these films to Disney+ early and making them available ‘for free’ (rather than on Premier Access), the average watch time for these films shot up, which could help drive and retain more subscriptions. That extra engagement on the streaming service may be worth more to Disney than the relatively meagre box office returns its animated features are currently picking up.

In that case, this may not just be a Pixar problem – the next Walt Disney Animation Studios film, Strange World, may not make it to cinemas either, especially if Turning Red succeeds on Disney+.

The icing on the cake is that Nielsen reports that Luca was the most streamed film in the US last year – though it is worth noting that this survey didn’t include titles from HBO Max. Regardless, the film still managed to beat out tough competition, proving that there’s plenty of appetite for Pixar on streaming.

Soul received a similarly positive reception, with a source telling Insider, “Disney was over the moon about the numbers,” upon the initial release of the film on Disney+. That release was largely out of necessity at the time due to many countries being in complete lockdown, and cinemas therefore closed.

Pixar films also have the benefit of being evergreen films. They are a safe, comfortable watch for a night in curled up on the sofa. They don’t need a huge IMAX screen or ground-breaking sound system to be enjoyed – they are family fun flicks for a rainy day.

In addition – except for the occasional sequels – they don’t require prior knowledge of other films to be enjoyed. This is something that can’t be said for new releases in the MCU and Star Wars, two of Disney+’s other key properties.

With classics such as Toy Story, Monsters Inc., and Up, it is no wonder that Pixar continues to be a draw for the streaming service.

Streaming releases for films have become more of a rarity in 2022. With HBO Max now giving up its new movie releases, Disney is one of the few services that is still offering the option to watch brand new films from the comfort of home, and that is something that may entice viewers to stay subscribed.

So, what does this mean for the future of Pixar on Disney+? It depends on three things: the reception of Turning Red, the trend of subscribers on the platform, and the state of cinemas during COVID.

The next Pixar film on the books is Lightyear, a spin-off of the widely popular Toy Story franchise. Currently, this is slated to release on 17 June 2022, but the release strategy hasn’t yet been revealed.

With Chris Evans in the leading role and an action-heavy plot, this Pixar film would lend itself to a cinema run. However, if Disney+ finds further streaming success with Turning Red, the argument for not making this movie exclusive to the platform will be a hard sell.

Queer Eye is back for a sixth season, and if you’re in need of heart-warming telly and a good cry, then the fab five have got you covered. Karamo, Tan, Bobby, Antoni and Jonathan are heading out to Austin, Texas, to transform some more people’s lives.

Interestingly, this season got caught up in the whirlwind of the pandemic – but the show did manage to continue, even with one of the guests caught right in the middle.

You can watch Queer Eye season six over on Netflix – subscriptions start from £5.99/$9.99 per month.

You can also read up on why the latest Disney+ series, Pam & Tommy, highlights an ongoing problem with real-life adaptations.