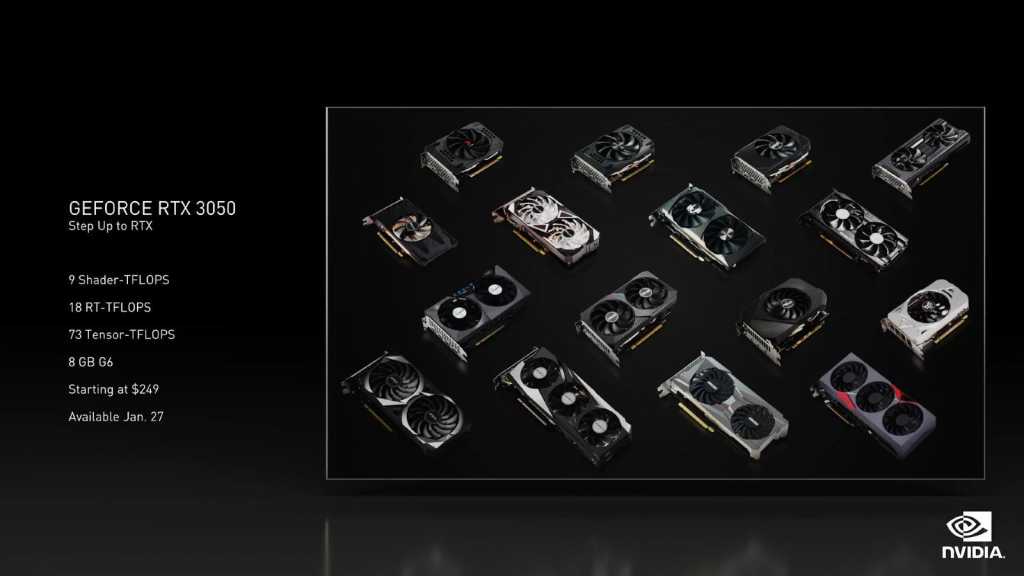 While that’s a lot of numbers, what it essentially provides is a solid 1080p gaming experience capable of powering the latest AAA games at 60fps with raytracing enabled.

With the Nvidia RTX 3050 now available, we list everything you need to know about buying one in the UK or US right here.

When was the Nvidia GeForce RTX 3050 released?

But while stock has appeared at a handful of retailers at launch, it seems that availability is still on the low side – let’s hope that continues over the coming days.

In the defence of retailers, there are usually a handful available at the RRP initially, but as stock comes and goes, prices tend to rise.

There’s also the problem that Nvidia itself isn’t manufacturing its own version of the RTX 3050, so its RRP is exactly that – a recommendation. If third-party manufacturers add features and bump up specs, they can (and usually do) bump up the price accordingly.

So, make sure you do your research and don’t just buy the first one you find in stock!

Retailers have largely stayed quiet about whether they’ll be stocking the RTX 3050, but what we can do is list where we expect it to appear in the coming days based on previous RTX 30 Series graphics card launches.

We’ll mark each retailer as confirmed as listings go live, so check back frequently for the latest details.