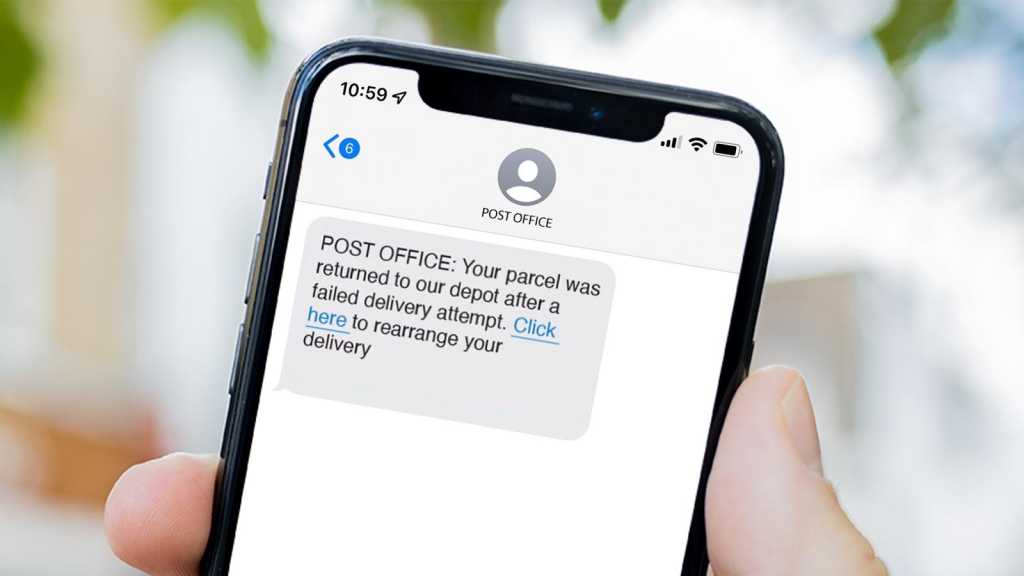 Back in March 2021, Royal Mail warned people about fake emails and text messages which claimed parcels couldn’t be delivered. The scam revolved around arranging a new delivery date, which meant entering details such as your name, address and paying a small fee for the service.

Because the messages and fake website that they linked to were quite convincing, they tricked a lot of people into handing over their credit or debit card details. And, as you might guess, the scammers didn’t just take a couple of pounds: they took whatever they could get.

Redelivery scams are currently rampant, with criminals using DPD, Hermes and other well-known services to dupe unsuspecting victims into giving their payment details to get their parcels.

Now, the Post Office has issued a similar warning because the scammers have started sending out exactly the same sort of text messages, but claiming to be from the Post Office.

If you receive a suspicious text message like this, report it by forwarding the message to 7726 📱👮 @CyberProtectUK #CyberProtect pic.twitter.com/Reoonuh8dv

Although Royal Mail and Post Office are separate companies, the close links between them mean many people won’t think twice if they receive a message saying an item couldn’t be delivered and has been returned to their local Post Office.

There are at least two different messages being sent, linking to two different fake websites. One reads Post Office: Your parcel has been returned to your local branch, please visit: https://postoffice-redeliverpost.co.uk to reschedule delivery.

If you tap on the link in the message, you’re taken to a page where you enter your postcode, select a date for redelivery and then enter your credit or debit card details in order to pay the £1.10 charge.

As the genuine website is www.postoffice.co.uk, and the fake site is a very good clone, anyone not paying close attention could easily fall for the scam.

According to Which?, if you follow the process all the way through, you’ll see confirmation that your delivery has been arranged and will then be redirected to the real Post Office website, so you’re even less likely to realise you’ve been scammed.

But as the warning states, Post Office does not deliver parcels or other items: that is the job of Royal Mail. Nor does it chase for unpaid delivery fees. So any messages you see concerning these things are fake.

Other messages may not even show the website address, but have a link that says Click here to rearrange your delivery.

How to protect yourself from scams

You might think you can always spot a scam text message, but cybercriminals know that people are more aware of these phishing messages and are producing more convincing messages and creating websites that are indistinguishable from the real thing.

This is why you should run good security software on your phone, laptop, PC and tablet that will warn you that a link could be potentially dangerous to click on, and prevent you from visiting fake websites that could steal your personal information.

That doesn’t have to cost you, though. There’s good free antivirus which includes these warnings and if you have BT broadband, you can enable the free BT Web Protect service which will tell you if you’re about to visit a website that’s potentially harmful.

There are also free browser extensions that do the same thing which you can enable on desktop computers, such as McAfee WebAdvisor.

Of course, you can also fall victim to phishing scams on Android or iPhone, which is why we recommend running antivirus software on your phone as well. Just because iPhones are almost immune from viruses doesn’t mean you can’t be tricked into entering your details on a fake website.

This is one of the main reasons phishing attacks are on the rise: it’s considerably easier to send out text messages and create a fake website that a person will think is real than to code some malware that gets through the defences of Apple, Google or Microsoft’s software.