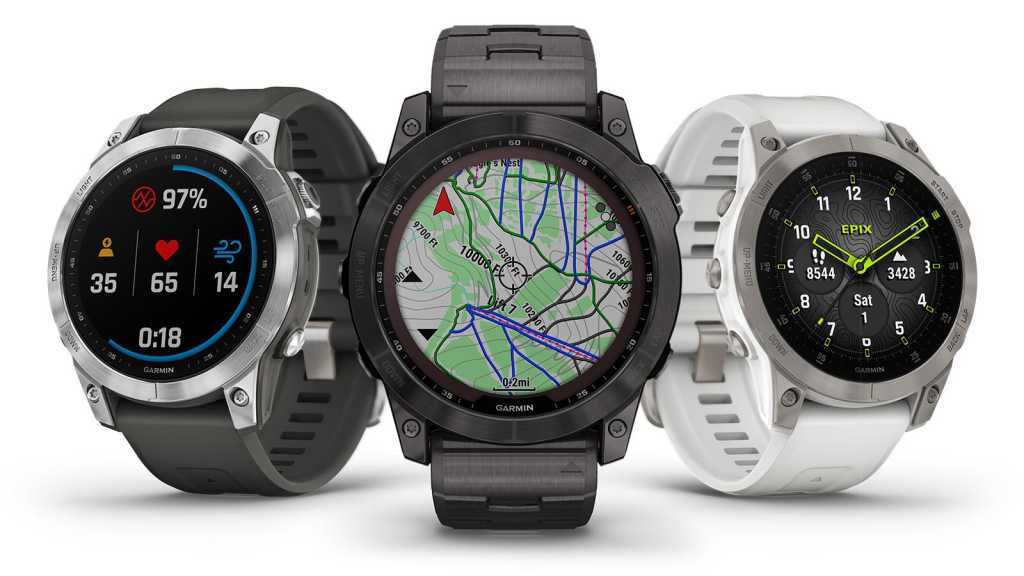 Garmin has finally seen fit to update its top-tier Fenix smartwatches, with the new Fenix 7 lineup, as well as reviving the full-colour display-toting Epix smartwatch, first introduced back in 2015.

The Fenix line represents some of the most capable and well-respected multisport smartwatches on the market, offering up some of the company’s best GPS-capable timepiece tech for serious athletes who value features, durability and longevity.

As with the previous generation, beyond basic finish options the Fenix 7 series is divided into three casing sizes: the 42mm Fenix 7S, the 47mm Fenix 7 and the sizeable 51mm Fenix 7X.

While there are base and solar charging-supported versions of both the Fenix 7S and 7, the 7X comes with supplementary solar charging as standard; while all three models can also be had in a premium Sapphire Solar variation, which includes solar-supported charging, a titanium casing and toughened sapphire crystal cover glass.

On the hardware front, Garmin has implemented touchscreen functionality across the range. Worry not though, Fenix purists, the lineup still features a series of five physical buttons too, giving users the option, when it comes to the most convenient means of user interaction, based on the situation.

Support for “all major satellite systems” endures, however, GPS’ L5 frequency range has also been added, for “improved accuracy in challenging GPS environments.”

Fenix 7X owners will also find an integrated LED array, which supports flashlight functionality, as well as running mode support, alternating between white and red in-step with the wearer’s running cadence; used as a means to make the wearer more visible to those nearby and to denote direction.

As for software, beyond an existing feature set that includes the likes of Garmin Pay, Spotify/Amazon Music/Deezer playback, sleep monitoring and activity tracking, the new Real-Time Stamina tool serves to inform the wearer of stamina and whether they run the risk of over-exertion during a tracked activity, as well as support for on-wrist downloads from the Connect IQ Store over WiFi, phone-free.

The other big hook with the Fenix series is battery longevity, with the base standard 7S quoting 11 days of use in smartwatch mode and 37 hours in GPS mode (add an additional 3 days or 9 hours, respectively if you opt for a Solar model).

The Fenix 7 promises 18 days in smartwatch mode or 57 hours use in GPS mode (with an extra 4 days or 16 hours, respectively when solar support is available). While the 7X tops out at 28 days or 89 hours in smartwatch or GPS mode, respectively, with solar charging adding 9 days or 33 hours to each.

While the Fenix line already sports a colour transflective MIP display, similarly to the original Epix (from 2015), the new second-generation model boasts a 1.3in full-colour always-on AMOLED touch-enabled panel instead; set within a circular 47mm casing.

Not unlike the Fenix 7, this new Epix can be had as a standard or Sapphire variant, with the added option of a leather strap too (for a little extra money).

The standard model features a polycarbonate and stainless steel body, while the Sapphire edition ups the ante by swapping out stainless steel for titanium and protecting the display with sapphire crystal in place of Gorilla Glass DX, as on the regular version.

Check out our best fitness tracker and best smartwatch charts, to see some current alternatives to both the Fenix 7 series and second-gen Epix.