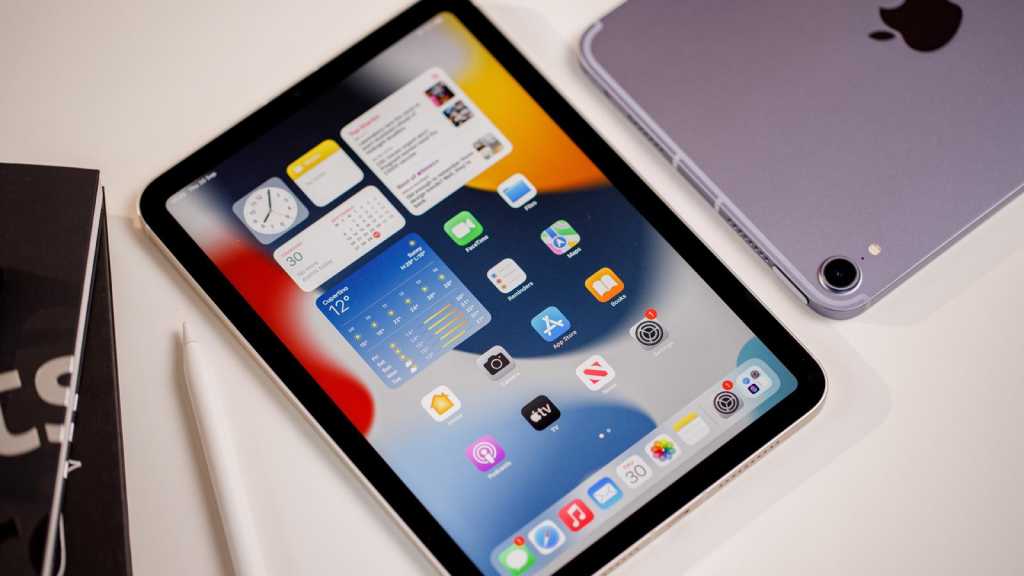 The iPad mini had a new lease of life with the release of the sixth-gen tablet, offering a substantial upgrade over what came before it. As well as a boosted 8.3in display in the same form factor as its older sibling, the iPad mini 6 sports a refined design similar to that of the iPad Air and iPad Pro, along with A15 Bionic performance and support for the second-gen Apple Pencil.

It’s a great tablet, but the next-gen iPad mini 7 is likely in the early stages of development behind closed doors at Apple Park – and early whispers suggest a moderate, but still interesting, upgrade could be in the works.

Here’s what to expect from the iPad mini 7, from release date and pricing predictions to the latest rumours and our predictions for the next-gen tablet.

When will the iPad mini 7 be released?

The big question is, when will we see the reveal of the iPad mini 7? While it’s far too early for Apple to officially confirm the existence of the next-gen tablet, we can look at previous releases to get a good idea of what to expect.

That’s the good news. The bad news? The iPad mini doesn’t get regular updates like the entry-level iPad and iPad Pro, which tend to get updated once a year. Like the iPad Air, the iPad mini’s history is a little more complicated, with varying lengths of time between each generation.

Here’s how that shapes up over the past few generations:

As you can see, the release schedule is sporadic. It’s arguably got a new lease of life with the redesign and price increase, so Apple could update it more regularly going forward, but we’d still expect a longer gap between updates than others in the company’s tablet collection.

With all that in mind, we’d say the chances of seeing a new iPad mini in 2022 are slim – but not impossible.

We’ll update this section with new details as soon as we receive them.

How much will the iPad mini 7 cost?

The iPad mini used to be one of the more affordable options in Apple’s tablet collection, but that all changed with the iPad mini 6. Didn’t somebody once say, “with great redesign comes a great price hike?”.

While some are hoping and praying that Apple will reduce the price of the next-gen tablet, it’s unlikely. It’s clear that Apple sees the standard iPad as its entry-level product, while the iPad mini (and Air) offer an upgraded, mid-range experience, and those that want the best of the best have the iPad Pro.

With that being said, we expect any price fluctuation – in either direction – to be minimal, and will likely only change to reflect currency exchange rates.

What to expect from the iPad mini 7

While it’s still early days for the iPad mini 7, there are a handful of leaks and rumours circulating online.

With such a dramatic redesign on the sixth-generation iPad mini, it’s unlikely that Apple will implement any noticeable design changes on the next-gen tablet – especially when you consider that, entry-level iPad aside, all iPhones and iPads share the same design language.

That’s not to say we wouldn’t like to see any changes made to the small-screen tablet. While the 8.3in iPad mini 6 offers a greatly improved design with slim bezels, a lightweight form factor and the jump to USB-C, there is one big omission: a smart connector.

The smart connector is available on the iPad Air and both variants of iPad Pro, offering a way to connect Apple’s superior Magic Keyboard to turn the iPad into something resembling a traditional laptop, but it’s not present on the iPad mini 6. That leaves the small-screen tablet at a disadvantage compared to the almost-identical iPad Air.

So, while not confirmed, we’d love to see a smart connector (and accompanying Magic Keyboard) on the iPad mini 7.

It’s safe to assume that the next iPad mini will be more powerful than the current tablet, but it’s currently unclear as to what chipset it’ll feature.

Going by the iPad mini 6, we could see the iPad mini 7 match whatever chipset Apple is using at the time of release (likely the A16 if it does release in 2022) but one early rumour suggests differently.

The rumour comes via a Korean forum post (shared on Twitter by @FronTron) and suggests that Apple is working on an iPad mini with the same A15 Bionic as the existing iPad mini, but at an increased 3.23GHz clock speed.

You see, while the iPad mini shares the same A15 Bionic, it’s a slower clock speed – 2.9GHz vs 3.2GHz – and that results in a slight decrease in performance when compared side-by-side.

The increased clock speed of the new A15 Bionic could offer a boost in performance compared to the existing iPad mini without Apple having to manufacture more of its (presumably more complex) next-gen chipset. That’ll allegedly be accompanied by the same 4GB as the current model.

There is a caveat though; the original post mentions an iPad mini Pro, not the seventh-gen tablet, so the above could apply to an interim Pro-focused iPad mini released sometime between now and the release of the iPad mini 7.

The same Korean forum post also details a key upgrade to the 8.3in display of the iPad mini; 120Hz ProMotion support.

We know what you’re thinking: that makes absolutely no sense if it’s a standard iPad mini and not an iPad mini Pro, and usually I’d agree. ProMotion is certainly a feature that Apple associates with Pro-level products, making an appearance on the iPad Pro, iPhone 13 Pro and MacBook Pro, so introducing it on a non-pro iPad would muddy the waters.

However, it all comes down to one issue: jelly scrolling. Jelly scrolling was a hot topic at the launch of the iPad mini 6, with some users noting a tiny delay in the screen’s refresh rate when scrolling that created a wobbly effect not dissimilar to jelly.

Contrary to popular belief, this is normal behaviour for LCD screens. LCD panels refresh line by line, and there’s a tiny delay between when the lines at the top and bottom are refreshed.

It’s more noticeable on the iPad mini 6 than most other small LCD displays, however, and while it hasn’t been officially acknowledged by Apple, it’s something that a lot of users have noticed – including this writer. It’s also something that’d be virtually unnoticeable to the naked eye if the refresh rate was cranked up from 60Hz to 120Hz.

We think it’s also possible that Apple could push an interim 90Hz display to the small-screen tablet, but that’s unconfirmed right now.