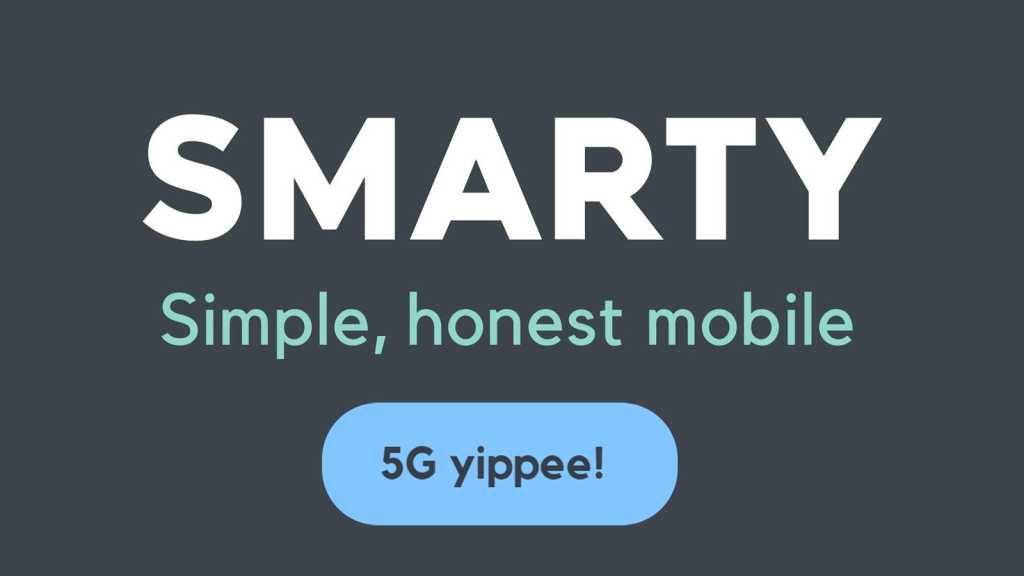 UK mobile network Smarty has long-promised to bring 5G connectivity to its customers, something that it was finally able to deliver on 18 January 2022.

Smarty operates as an MVNO (Mobile Virtual Network Operator), running atop Three UK’s (its parent company’s) network infrastructure. The company itself first launched back in mid-2017 and first committed to bringing 5G to its customers in an official blog post shared back in mid-2019.

Up until now – in the company’s own words – Smarty has been focusing on ensuring its 3G and 4G network was robust enough to offer “the best coverage possible.” However, as of December 2021, it started informing customers that 5G support would be coming in “early 2022,” although nobody knew quite how early that switch-on was scheduled to be.

To celebrate the network’s latest upgrade, not only is Smarty offering up 5G to new and existing customers at no extra cost, but it’s also launching two limited-time deals, running from 18 January to 9 February (extended from 2 February, originally).

Smarty plans all come with unlimited calls and texts as standard, attached to one-month cancel-anytime tariffs with either 4GB, 8GB, 12GB, 30GB, 50GB or unlimited data to choose from. However, until 9 February you can pick up 40GB of data for the price of 30GB (£10) or 60GB for the price of 50GB (£15).

If you’re keen to take Smarty up on these latest deals but want to make sure you’ll be able to get those newly-unlocked 5G speeds in your area before committing, check out Smarty’s own postcode-based coverage checker or RootMetrics’ independent coverage checker (where you’ll have to select ‘Three UK’).

You’ll need to make sure you have a phone that supports 5G too. If you don’t, we already have a rundown of the best 5G phones and best cheap 5G phones available, right now.

We’ve also ranked the Best Phone Networks in the UK, if you’re curious to see what Smarty is up against.