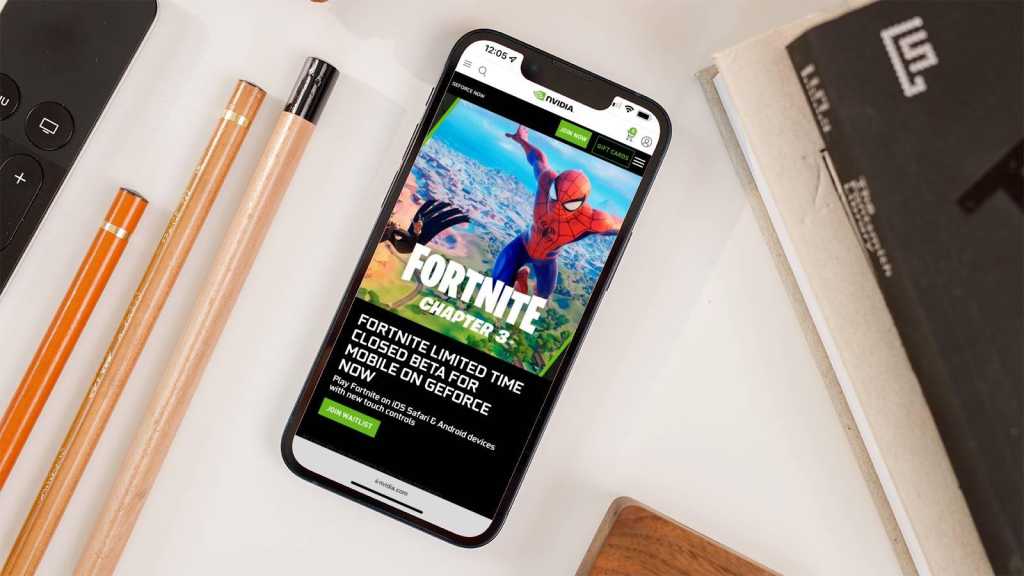 Fortnite was once one of the biggest games on iPhone and iPad, but that all changed back in 2020. In protest at Apple’s IAP surcharges, Epic Games decided to circumvent Apple’s IAP system and paid the ultimate price – its removal from the App Store. While Epic took Apple to court, the phone maker wasn’t forced to reinstate Fortnite to the App Store.

What’s left for iOS players? For a long time, essentially nothing. However, Nvidia has announced that Fortnite is set to return to iPhone and iPad via its cloud-based gaming service GeForce Now.

While it’s primarily a platform for PC titles, Nvidia is working with Epic to integrate mobile touchscreen controls for a traditional mobile gameplay experience. The best part? It’s completely free to use during the closed beta phase.

If you’re curious, here’s how to play Fortnite on your iPhone or iPad right now.

Fornite is set to make its return to iPhone and iPad first via a GeForce Now closed beta, giving Nvidia and Epic time to test the implementation of touch controls.

It’s a first for Nvidia’s cloud service, but something we’ll see more of in the future with Nvidia confirming that it’s looking forward to more publishers streaming full PC games “with built-in touch support”.

With that being said, testing is set to kick off this week (w/c 17 January 2022) and it’s available to all Nvidia GeForce Now subscribers – even those on the free tier.

The only requirement? You’ll have to sign up to a waitlist on the GeForce Now website, with members “admitted to the beta in batches over the coming weeks” according to Nvidia. It’s not a given though, as spaces are limited and admission isn’t guaranteed.

Set up GeForce Now on your iPhone or iPad

Whether you’ve already been approved for the closed beta or you’re still waiting for that email to arrive, the next step is to set up Nvidia GeForce Now on your iPhone or iPad.

Due to Apple’s App Store rules essentially banning cloud-based gaming apps, you’ll have to access GeForce Now via Safari – that’s the bad news. The good news is that the web app has been perfected, and feels very close to a native iOS app.

It’s not as simple as heading to the GeForce Now website though. Follow these steps to set up GeForce Now on your iPhone or iPad:

Once you’ve been selected for the closed beta, you’ll be able to simply open the GeForce Now web app on your iPhone or iPad, select Fortnite and stream the game in real-time, complete with touch controls.

As with most other GFN titles, if you’re more of a console player, you’ve also got the option of connecting a Bluetooth controller.