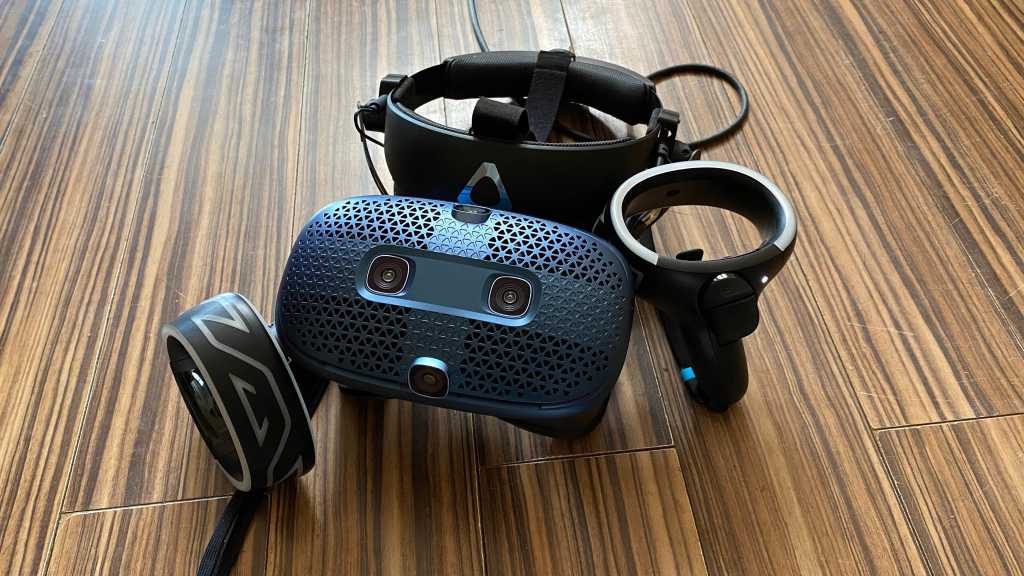 While Meta-owned Oculus is catering to the standalone VR audience with the popular Oculus Quest 2, HTC Vive has largely stuck to its PC VR roots.

The company’s latest consumer-focused VR headset, the Vive Cosmos, is an interesting concept. It boasts a modular design that lets you swap out various elements of the headset, allowing you to upgrade it in future – much in the way that gamers upgrade their gaming PCs.

The biggest barrier with the Vive Cosmos for many is the cost; at £699/$699, it’s over double the price of the Quest 2 and requires a beefy gaming PC to run high-end VR experiences. That’s what makes HTC Vive’s Winter Sale so tempting; it brings the Vive Cosmos down to its cheapest price to date.

Those that want a high-end virtual experience can also bag a saving on the Steam VR-enabled Vive Cosmos Elite, down to £649/$649 from £899/$899, and for the ultimate immersive experience, Vive has knocked £200/$200 off the Vive Pro Eye, offering the pro-focused Vive Pro 2 with upgraded optics, improved audio and eye-tracking capabilities for £1,099/$1,199.

SteamVR tracking has benefits, like true 1:1 tracking in a large physical space and compatibility with other SteamVR accessories (not just those from Vive), but it’s also tedious to set up.

The choice between the Cosmos and Cosmos Elite will likely depend on your available play space, but it’s worth pointing out that the modular design allows you to buy the entry-level model now and buy the SteamVR external tracking faceplate at a later date if you want to upgrade.

If you’re curious about the experiences on offer, we detail both in our 4.5-star Vive Cosmos review, and we’ve got a selection of the best VR headsets if you’re unsure of which is best for your needs.