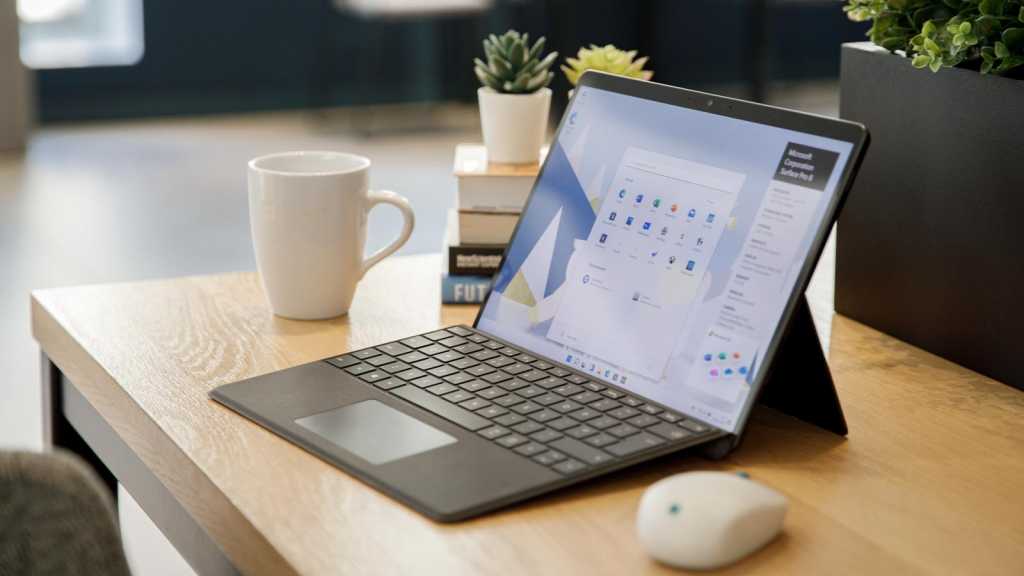 After several years of minor upgrades, Microsoft released the Windows 2-in-1 many people were asking for in 2021.

The Surface Pro 8 introduced a slew of upgrades over its predecessor, including a larger 120Hz display with slim bezels, better battery life and improved cameras. We also got the customary processor upgrade, while it was one of the first devices to run Windows 11 out of the box.

It looks like a successor is just around the corner, especially after Microsoft confirmed the date for an October event. The Pro 9 is expected to be a minor update compared to last year, but it could still have a few tricks up its sleeve. Here’s everything you need to know.

When will the Surface Pro 9 be released?

Microsoft has officially announced an event for 12 October, where the Pro 9 is believed to be among the announcements. It’s described simply as the “Microsoft Fall 2022 Event“, where the company says it will “talk about devices”.

As Windows Central’s Zac Bowden and many others report, the Surface Pro 9, Laptop 5 and Studio 3 are all expected to be revealed:

A Windows Central article reports on a device believed to be the Pro 9 passing through FCC certification – that’s usually one of the last steps before a product launches. Assuming it does happen on 12 October, expect the device to go on sale a couple of weeks later – probably before the end of October.

If true, that would put it roughly in line with the release date of previous Surface Pro devices:

Aside from the pandemic-affected 2020, it looks like Microsoft has settled into a regular annual update.

How much will the Surface Pro 9 cost?

There have been Surface Pro 9 leaks in recent weeks, and some have predicted its pricing.

An unofficial listing claiming to be the device on Laptop6 suggests it’ll start at $1,299 in the US. This supposedly gets you an i5 model with 8GB of RAM and a 256GB SSD, which would be a $100 price hike compared to the Pro 8. However, there’s no way of verifying the information on a site we haven’t heard of before.

But that sort of pricing is also what WinFuture is suggesting. It says the i5/8GB/256GB version will cost €1,300 – it’s not clear if we’ll see a 128GB model this year. Even so, it looks like the Pro 9 may be slightly more expensive than its predecessors:

The rumoured inclusion of ARM-based models previously branded as the Surface Pro X probably won’t affect this significantly – it’ll probably only be available on some models.

Remember, any price you pay is unlikely to include the Type Cover once again. If Microsoft sticks with the same version as the Surface Pro 8, it’ll set you back an extra $129.99/£149.99 when paying full price.

What specs and new features will the Surface Pro 9 have?

The Surface Pro 9 is expected to be unveiled in just a few weeks, but Microsoft has done a good job of stopping many leaks. The first major one came from tech site Laptop6, which has a listing claiming to be the device.

There aren’t many surprises here, with a move to Intel’s 12th-gen CPUs the only obvious upgrade. Just the i5-12600K is mentioned, although there’ll probably be the option for i7 once again. But Windows Central’s Zac Bowden and Daniel Rubino suggest it’ll use the more powerful P-Series instead, while WinFuture points towards the U-Series with the Core i5-1235U and i7-1255U mentioned.

Whichever version Microsoft chooses, expect all models to still be paired with Iris Xe integrated graphics rather than discrete GPUs. It’s not clear if we’ll see any more RAM than the 16GB on the top-spec Pro 8, but WinFuture says the maximum SSD size will remain at 1TB.

Assuming the Pro 9 shifts to Alder Lake processors, its new hybrid architecture includes specific cores for performance and power efficiency. The latter should benefit battery life, although the Laptop6 listing suggests Microsoft will still claim “up to 16 hours of typical device usage”. Strangely, it also says you’ll be getting a 60W adapter in the box, down from 65W on the Pro 8. Again, you should take these specs with a pinch of salt.

The 13in, 2880×1920 display is unlikely to change, especially with Microsoft introducing a 120Hz adaptive refresh rate on the Pro 8. There’s no need for a higher resolution, but it would be nice for the PixelSense (LCD) screen to be replaced by OLED at some point. That would pave the way for an in-display fingerprint sensor to be added, but there’s no sign of it coming to the Pro 9.

Both USB-C ports on the Surface Pro 8 support Thunderbolt 4 for fast data transfer. They can be used for charging, but the magnetic charging cable in the box is designed to be used with the proprietary Surface Connect port. This tends to be more frustrating than useful, so hopefully Microsoft will ditch it and fully embrace USB-C charging on the Pro 9. Adding a few extra ports wouldn’t go amiss either, although it doesn’t look like either will happen.

But could the Surface Pro 9 merge with the Surface Pro X this year? That’s what Windows Central’s Zac Bowden asked for back in April, and a subsequent article from August suggests that’ll be the case:

Given there are now very few differences between them, this makes a lot of sense. The only change Microsoft made in 2021 was to add a Wi-Fi-only option, and the Pro 8 now looks remarkably similar.

This would be easy to implement, just by adding extra configurations that used an ARM-based chip rather than an Intel one. The likes of the Surface Laptop 4 has models powered by Intel and AMD, but the latter isn’t expected to be an option on the Pro 9.

Instead the ARM-based Pro 9 models are expected to be based on Qualcomm’s top-of-the-line Snapdragon 8cx Gen 3, although it’s likely to be branded as the ‘Microsoft SQ3’ instead. This would bring 5G to the Surface Pro for the first time, but Intel models may stick with 4G or only be available with Wi-Fi.

Bowden also believes 5G will be coming to some Pro 9 models, plus new designs and colours for the Type Cover. However, existing accessories from the Surface Pro 8 are still expected to be compatible

According to the same WinFuture article linked above, the Surface Pro 9 will be available in two new colours. ‘Forest’ (green) and ‘Sapphire’ (blue) are expected to join the existing ‘Platinum’ and ‘Graphite’ options.

We’ll update this article once more is known about the device.