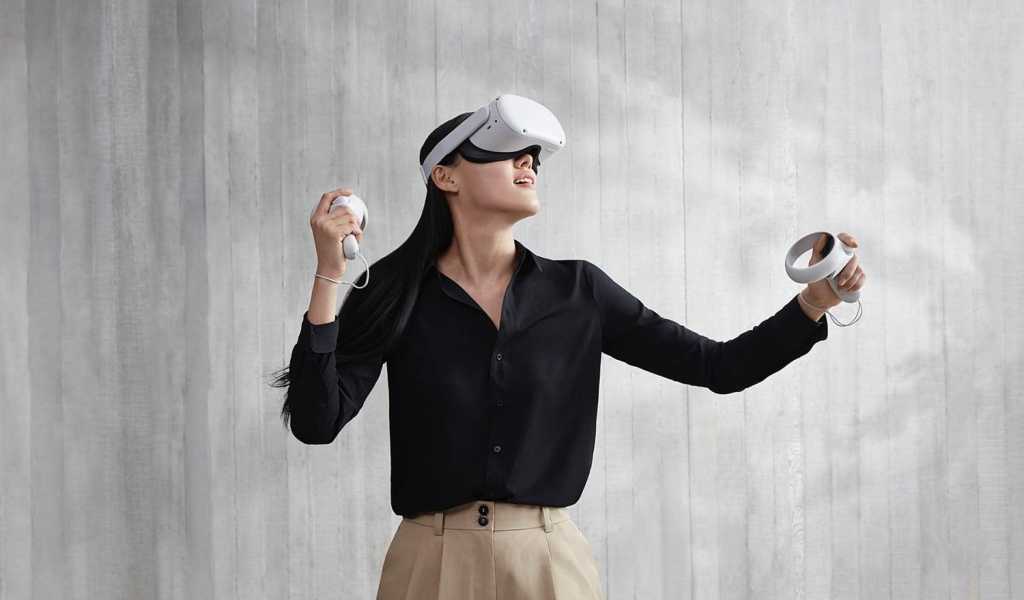 The Meta Quest 3 is on its way – although not until 2023, if current rumours are to be believed. While Meta is rumoured to announce a VR headset in October, the company has confirmed that it won’t be the successor to the hugely popular Oculus Quest 2.

So, if not now, then when should we expect to see the Quest 3 and, more importantly, what can we expect from the next-gen virtual reality headset?

While it’s early days, there are already whispers and leaks that give us a rough idea of what to expect from the Quest 3, including early release date rumours and feature leaks. We round up all the latest Oculus Quest 3 rumours right here.

When Oculus teased its high-end VR headset, Project Cambria, at the Meta keynote in October 2021, many assumed it’d be the successor to the Quest 2.

But as confirmed by the company, it’s an entirely different headset with a focus beyond gaming, rumoured to be dubbed the Meta Quest Pro at its reveal in October.

If that is the case, it’s likely that we won’t see a successor to the standard Oculus Quest 2 until 2023 – Meta doesn’t want the two VR headsets to compete with each other after all, even if they are designed for different audiences.

That aligns with comments in a Meta blog post, where the company confirmed that it’ll be releasing a new Quest headset once the Quest Pro – codename Project Cambria – is available. “We have an ambitious VR hardware roadmap, beginning with the launch of our high-end headset, Project Cambria, later this year. And we plan to ship new generations of Meta Quest after that”.

That’s a timeline backed up by analyst Brad Lynch, who suggests that the upgraded Meta Quest 3 (as it’ll be known by then) will be revealed at Meta’s Connect 2023 event and released soon after. If the company sticks to the same schedule as recent years, that could mean an October 2023 reveal for the Quest 3.

Of course, that’s quite a way away, and Meta could adjust the release date schedules down the line, so it’s worth taking that information with a pinch of salt for now.

While it’s likely far too early for Meta to have priced up the upcoming headset – especially if it’s not due until the end of 2023 – we can estimate pricing based on that of the Quest 2.

The good news is that the Quest 2 is an impressively affordable headset, with a launch price of $299/£299, though the company announced in July 2022 that the headset would increase by $100/£100 amidst rising manufacturing and shipping costs – and we imagine it’s a trend that’ll likely continue with the Quest 3 once that eventually makes an appearance.

With that in mind, we expect the Quest 3 to cost a similar amount to the $399/£399 Oculus Quest 2, but we’ll update this section if we hear anything different.

While it’s still relatively early days, the Quest 3 has already been the subject of leaks, giving us our first tidbits of information about the upcoming VR headset.

It’d be safe to assume that Meta and Qualcomm would continue that relationship with the Quest 3 and the next-gen Snapdragon mobile platform, which should be available by the time the Quest 3 goes into production.

VR analyst Brad Lynch initially suggested that Meta could take a different route, instead developing its own chipset for the upcoming headset. The analyst claimed the company was rumoured to be working on a chip with a “focus on a GPU that is better designed for VR loads” as to “not rely on a SoC that all smaller XR players will use”.

However, in a follow-up YouTube video in late September 2021, Lynch now suggests that the Quest 3 will indeed sport the next-generation Snapdragon XR2 Gen 2 chipset alongside a boosted 12GB of RAM and up to 512GB of storage.

While that doesn’t give us much to go on, it seems to confirm that the Quest 3 will have better graphics performance, which should translate to better, more immersive games and apps available on the standalone platform.

Another prediction from analyst Brad Lynch suggests that the Quest 3 will offer quite the upgrade in the display department, allegedly ditching the LCD panels of the Quest 2 for much improved uOLED tech, an upgraded form of OLED.

That should translate to more vibrant images with deeper, more accurate colours for a more immersive, realistic virtual experience on the upcoming headset. OLED has been used in high-end VR headsets in the past, but it’s the first time it’ll be used in a mass-market entry-level VR headset.

Not much else is known about the display tech, including possible resolution, field of view or lens-related changes, but it’s exciting nonetheless.

Our best look at the Meta Quest 3 comes from analyst Brad Lynch, who showcased leaked CAD renders of the upcoming headset in late September 2022, giving us a good idea of what to expect from the next-gen headset.

The video provides meaningful insights into what to expect from the next-generation VR headset, codenamed Project Stinson internally, which essentially looks to be a combination of the Quest 2 and upcoming Quest Pro.

The leaked CAD renders seem to suggest the headset will be more focused on mixed reality than simply virtual reality with more cameras, likely with colour passthrough capabilities like the Quest Pro. It’s also said to have the same pancake lenses as the upcoming Pro headset, which allows for a more compact form factor, and it looks like there will be a manually adjustable IPD wheel on the bottom of the headset too. That’ll make it much easier to adjust the IDP than the Quest 2, which requires you to take the headset off.

The big difference between the Quest 3 and Quest Pro? Lynch claims that the Quest 3 won’t include eye or face tracking, two crucial features of the Pro headset. It’s likely a cost-saving measure more than anything, allowing Meta to keep the price of the Quest 3 down and more affordable for customers – especially with inflation levels rising rapidly in many regions around the world.

The video goes into granular detail about elements like cooling and audio, so sit down and prepare for an 18-minute unofficial deep dive into the Quest 3.