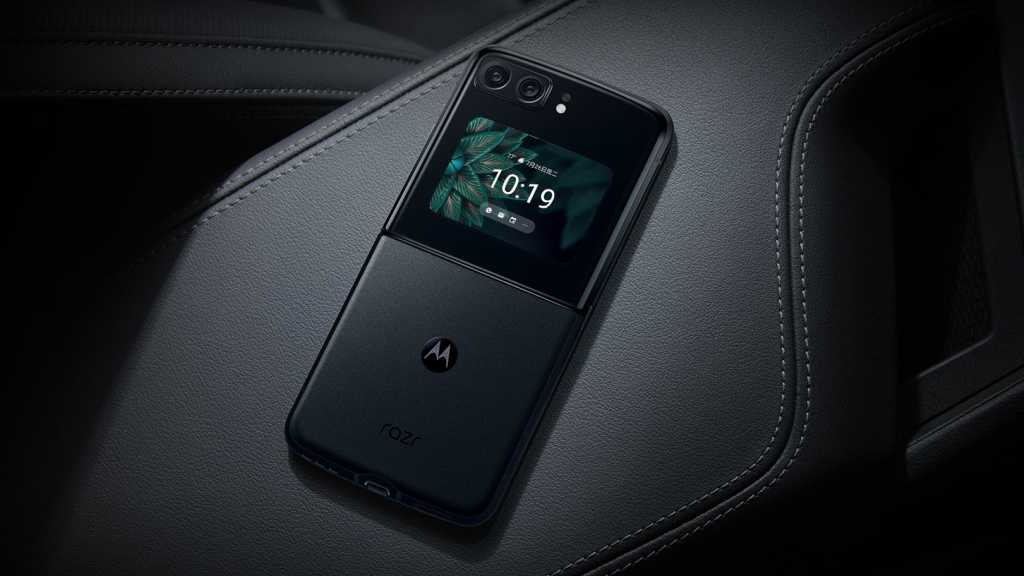 The Motorola Razr name has been around for many years, but in 2019 the company revived its classic flip phone to incorporate a folding display. Now the Razr 2022 is here to take on the likes of Samsung, Xiaomi and Huawei in the foldable phone market.

While it’s similar to the older Razr 5G, it comes with a range of design tweaks and hardware upgrades – one of which you can’t find on any other folding phone. Here’s all the information you need to know about the Motorola Razr 2022 including release date, price and specs.

When is the Motorola Razr 2022 release date?

The Razr 2022 was announced for the Chinese market back in August. It wasn’t until 25 October that Motorola announced the phone will be coming to the UK and some European countries.

But Motorola has been annoyingly quiet about an official European release date. A month on from the announcement at the end of November, and the phone is still not available to buy, and the UK listing page says ‘Sign up to stay up to date on motorola razr 2022 availability.’

How much does the Motorola Razr 2022 cost?

This means, as expected, the phone is a lot cheaper than its predecessor which cost $1,399/£1,399. It’s a much more palatable price point that should convince more people to buy their first foldable. It’s also cheaper in some regions than the Samsung Galaxy Z Flip 4, which starts at $999/£999.

What are the Motorola Razr 2022 specs?

Now the phone has been officially announced, we have all the specs and other details you need.

Starting with the screens, the internal one is 6.7in P-OLED as rumours suggested. This means the iconic chin design (available in black or white) is no more in order to fit the larger display. It’s a 10-bit panel with HDR10+ support, DC dimming and 144Hz refresh rate; that’s higher than the predicted 120Hz and makes it the highest refresh rate on any foldable to date.

A gapless folding design minimised the crease and the internal teardrop shape when the phone is closed has a radius of 3.3mm.

The Razr’s hinge design means it can be held open in different positions with the screen split in two for different tasks. This also allows the cameras to be used while the phone is resting on a flat surface in ‘tripod’ mode.

Turning to the outer screen, this is seemingly still 2.7in (although not the rumoured 3in) and offers nine widgets for different tasks and, of course, can be used for taking selfies.

Open the Razr 2022 up and there’s a punch-hole 32Mp camera available.

Moving to internal specs and after mid-range chips Motorola has opted for the top-of-the-line Qualcomm Snapdragon 8+ Gen 1 to power the phone alone with 8GB or 12GB of RAM.

Then there is either 128GB, 256GB or 512GB of storage (availablility seems to be region dependent) with only the 512GB version pairing with 12GB of RAM.

When it comes to the battery, we’re happy to report that it’s been increased to 3500mAh (up from 2800mAh) and charging is also faster at 33W.

In terms of connectivity, you get Dual-SIM, 5G, Wi-Fi 6E, Bluetooth 5.2, GPS, NFC and a USB-C port. Once again, there is a side-mounted fingerprint scanner.

Finally, software comes in the form of Android 12, with Motorola’s MyUI 4.0 skin. This supports Ready For 3.5, meaning users can connect it to an external display for a desktop experience.

Also check out our guide to the best phones coming in 2022 and best phones to see which models are worthy of your attention.