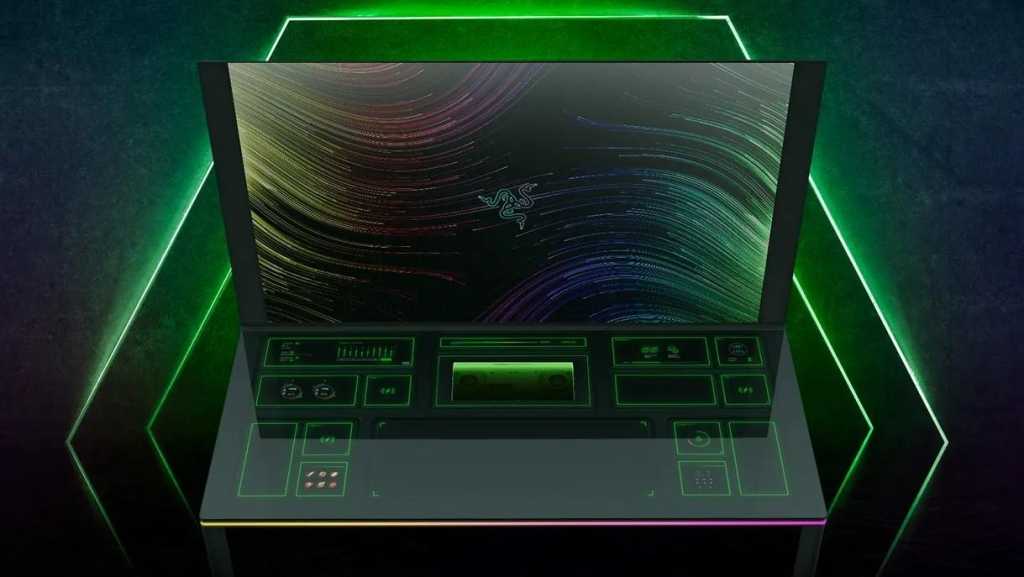 Razer has unveiled Project Sophia – a modular desk built for almost any purpose from insane spreadsheets to streaming.

Razer says it’s the “world’s first gaming desk concept with the adaptability to suit the demands of any user”. Promising ‘untold customisation’, Project Sophia allows users to change what the desk is set up for by swapping out modules.

There are 13 in total meaning a large number of different combinations are possible by mixing and matching. These include things like additional screens, pen tablets, touch-screen hotkey panels, system monitoring tools, audio mixers, external capture cards, wireless chargers, and even a mug heater.

The unit itself is a customized PCB (printed circuit board) fitted with components including the latest Intel processors and Nvidia graphics cards. It attaches magnetically underneath the glass tabletop so you can remove it and change modules with minimal hassle.

“Modules have been designed for all types of users, with creators being able to slot in touchscreen digitizers, tablets, and creative input tools to streamline hotkeys and macros, while gamers can instead focus on modules for high-fidelity audio and blistering visual performance by adding a THX Surround Sound system and high refresh rate monitor,” said Razer. 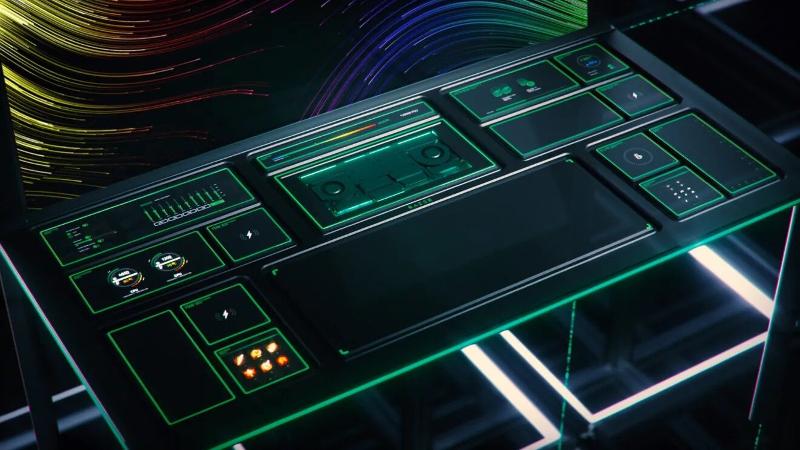 Its slim chassis is, of course, fitted with Razer Chroma RGB LEDs. You will need a big room to fit Project Sophia as it comes with a huge 65in OLED screen.

While this sounds pretty amazing, the device is a concept and may well never go on sale. We saw that happen previously with the Project Linda, a gaming laptop that used the Razer Phone as a removable trackpad.

Sadly, Linda never went on sale and if Project Sophia does, you can bet it will come with an eye-watering price in the thousands. 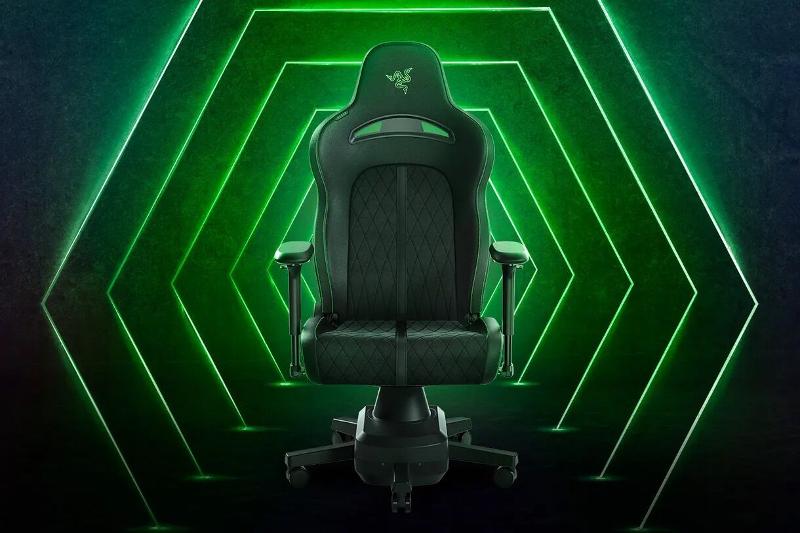 Built in collaboration with D-Box, the chair is fitted with a high-fidelity haptic feedback system to provide you with force feedback while gaming. Razer says it supports more than 2,200 titles including F1 2021, Forza Horizon 5 and Assassin’s Creed Valhalla.

“Even games not directly supported through the software can still be enjoyed with haptic feedback through Direct Input Haptics, where controller, keyboard and mouse-inputs will generate physical feedback when used,” said Razer.

It’s not limited to games either and the chair wields some serious power with 65,000 haptic variations, feedback of +/- 1 G-Force and 1.5in of vertical and backward tilt. 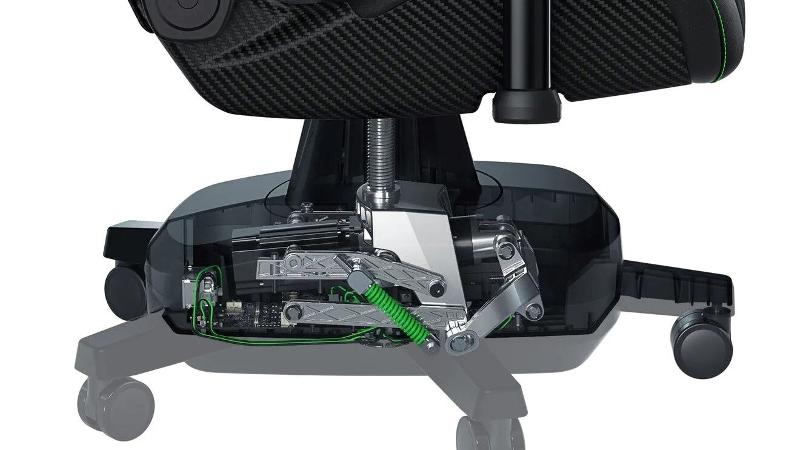 While Project Sophia might be a pipe dream product, the Enki Pro HyperSense looks like it is worthy of a space in our best gaming chairs chart so we hope Razer can launch it.

Lastly, Razer has announced a Pro version of its previously announced smart mask, the Zephyr Pro.

This adds voice amplification so people can hear you better while wearing the mask. It was one of the features promised from the beginning but didn’t end up in the original Zephyr, announced at CES last year.

It didn’t make it due to size and battery worries but the Zephyr Pro comes in at a similar weight and battery life to the original. 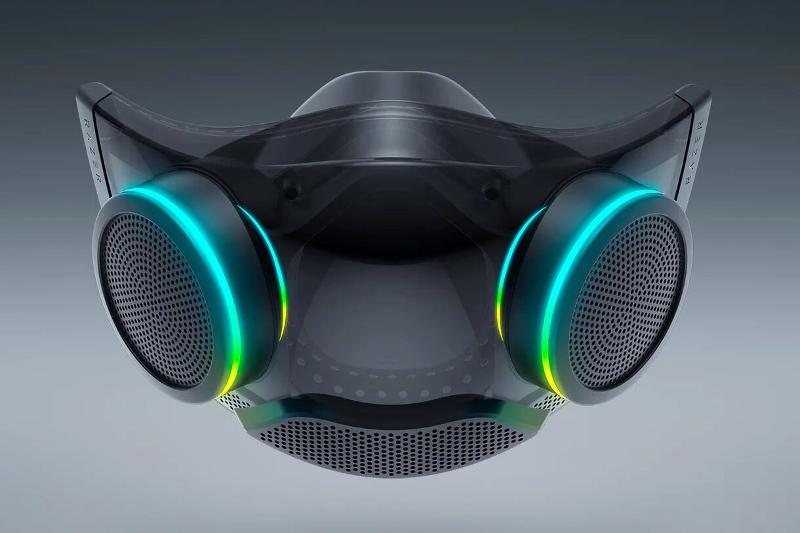 Regardless, the two speaker grilles sit at the bottom and Razer says it can blast your vocals out at 60 decibels at a range of one meter. There’s also a button on one of the Chroma RGB-lined intakes so you can opt not to broadcast what you’re muttering to yourself.

It will cost US$149.99 when Razer launches the Zephyr Pro this year, compared to the $99.99 starting price for the standard Zephyr. There will also be a starter pack that including the Zephyr Pro and 99 days’ worth of N95-grade filters for US$199.99.

Project Sophia, the Enki Pro HyperSense and Zephyr Pro come along various other Razer announcements at CES 2022 including new Blade gaming laptops and a smartwatch collaboration with Fossil limited to 1,337 units.