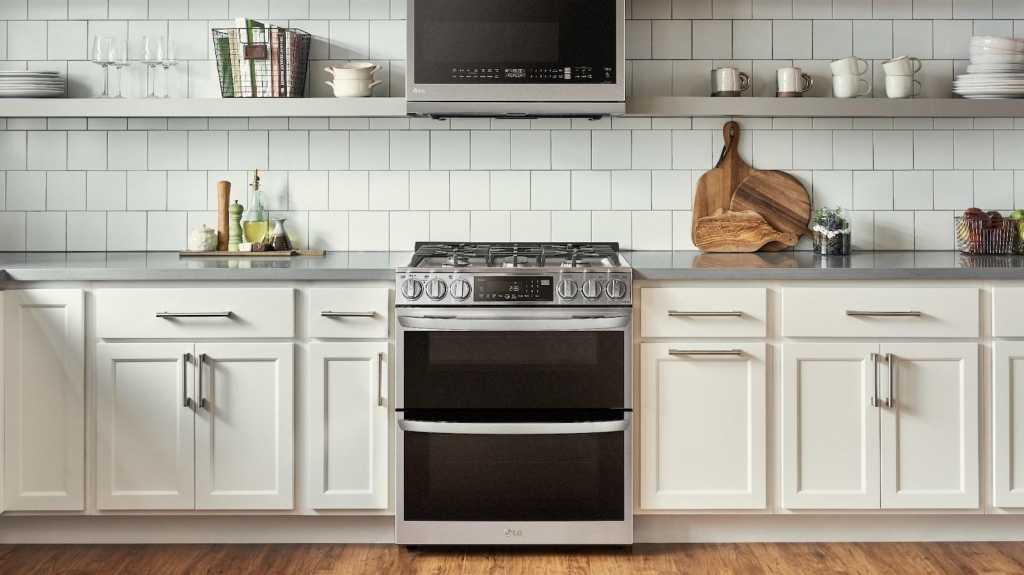 The brand previously debuted its InstaView technology in its range of fridges, which have a glass panel inset into one door. When knocked on twice, the area is illuminated, displaying the fridge’s contents so the user can browse without letting the cold air escape.

Swap cold for hot air and the principle is the same in the new oven range. Knock on the oven door and you can see how your food is getting along, without disrupting the cooking process or wasting electricity.

This does, of course, mean keeping your oven door clean enough to see through, so it’s useful that the range features new low temperature EasyClean tech, as well as a standard high-temperature self-cleaning cycle.

The new ovens also connect to LG’s ThinQ app, and will be the first to integrate with the brand-new ThinQ recipe service, for which LG has partnered with SideChef.

Essentially, the app’s features, including the new recipe service, will let users streamline and simplify their shopping and cooking process. Choose from one of the 10,000 recipes available in the resource and every stage of the process can be automated, from adding ingredients to a shopping list – which can be ordered in-app from Amazon Fresh or Wal-Mart – through to choosing cooking programmes and switching on the oven.

The app now also includes the ‘Scan to Cook’ feature, powered by Boston-based Foodspace Technology, by which a smartphone can be used to scan barcodes or QR codes on frozen food and ready meals. The cooking instructions pop up in the app and cooking time and temperature are sent to the oven. All the user has to do is bung in their food and wait for an app alert to tell them it’s ready. 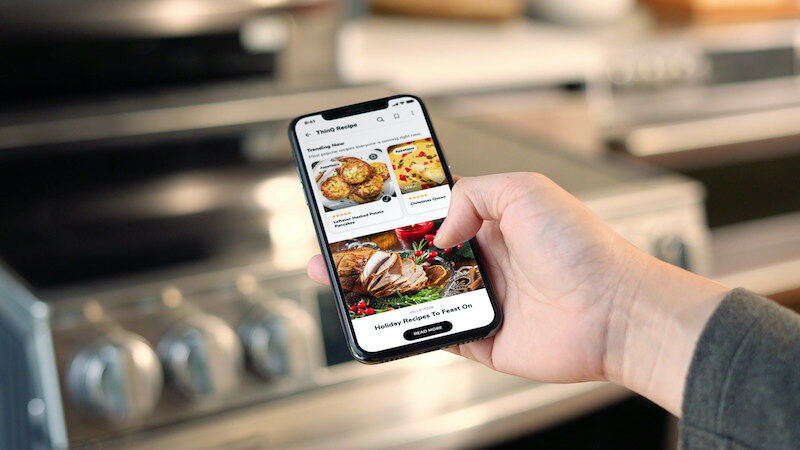 The oven launch is accompanied by a new over-the-range microwave. The new ovens are already available to buy in the US from LG, with prices starting from $1,799 for appliances featuring InstaView. There’s no word yet on whether the oven range will eventually make its way to the UK.

To see what we thought of the LG InstaView Door-in-Door fridge freezer, which also has an easy access compartment for your most-reached-for snacks and drinks, check out our hands-on review.