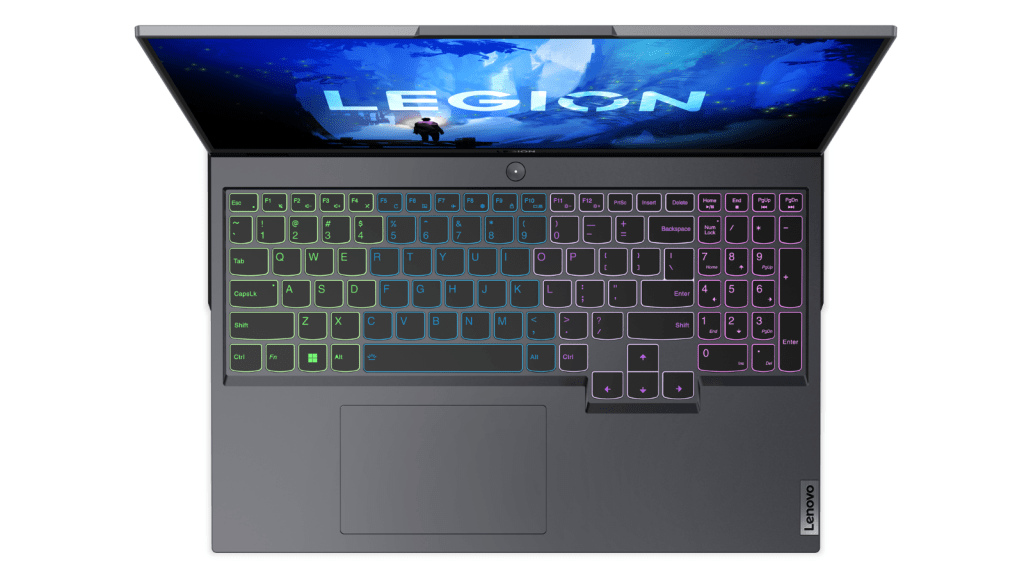 Lenovo has just revealed a range of updates for 2022 including its popular Legion line of laptops, with the new Lenovo Legion 5 Pro Series tailored to provide a top-end gaming experience.

That top-end experience starts with the display, which Lenovo describes as the “world’s first 16in laptop series with a WQHD+ up to 240Hz adaptive refresh rate” that’ll let the refresh rate adjust depending on the content displayed, just like a smartphone.

It’s an impressive claim, but the adaptive refresh rate of the 2960 x 1600 IPS panel isn’t the only thing you should get excited about; it’s also HDR ready with 500nits max brightness, 100% sRGB colour gamut, a speedy 3ms response time, Nvidia G-Sync support and Dolby Vision support, ideal for both playing games and streaming movies.

There are two variants of Legion 5 Pro available – the 5 Pro and 5i Pro – with the main difference being the chipset on offer. You’ll find Intel’s latest 12th generation processors (up to an i7-12700H) on the Legion 5i Pro, while the Legion 5 Pro boasts AMD’s latest Ryzen 6000 series processors.

That’s coupled with Nvidia’s RTX 30 series laptop GPUs and DDR5 RAM, although specifics are yet to be confirmed. We do know that it’ll sport up to 1TB of PCIe SSD Gen4 storage, which should translate to much shorter game loading times.

Of course, heat is always an issue with gaming laptops, which is why the Legion 5 Pro series sports a new fan system, a larger exhaust area and optimised heat pipe layout to help airflow within the chassis, and the blades are 40% slimmer to help keep the system quieter too. 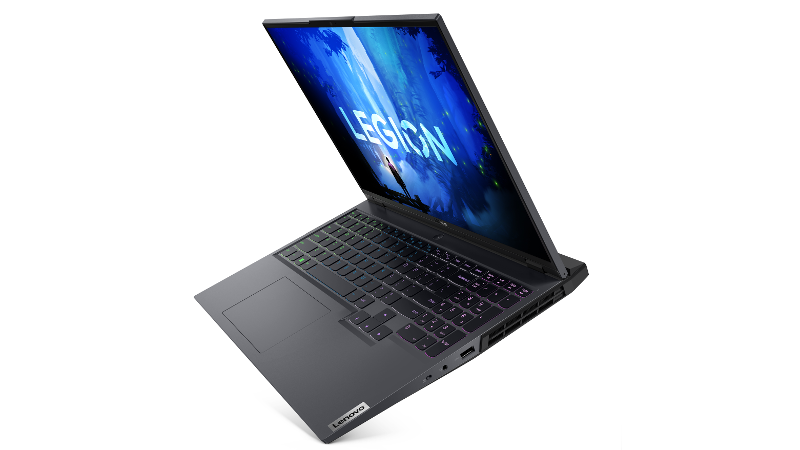 There are also improvements in the battery life department. There’s an 80Wh battery – fairly standard – but what’s interesting is Super Rapid Charge, going from 0-80% capacity in just 30 minutes of charging.

While battery life when gaming will likely be a fraction of that when simply browsing the web, Legion’s built-in AI will try to optimise battery performance over time.

There’s support for 135W USB-C charging for using the laptop when out and about, as well as a bigger charger that provides between 230W and 300W of power for gaming at home.

Available in metallic Storm Grey and pearlized Glacier White, the new Legion 5 Pro series is due out soon, with exact pricing and release details yet to be confirmed.

For those that want a great all-rounder, there’s also the 15in Legion 5 series to consider, comprised of the Legion 5 and Legion 5i. 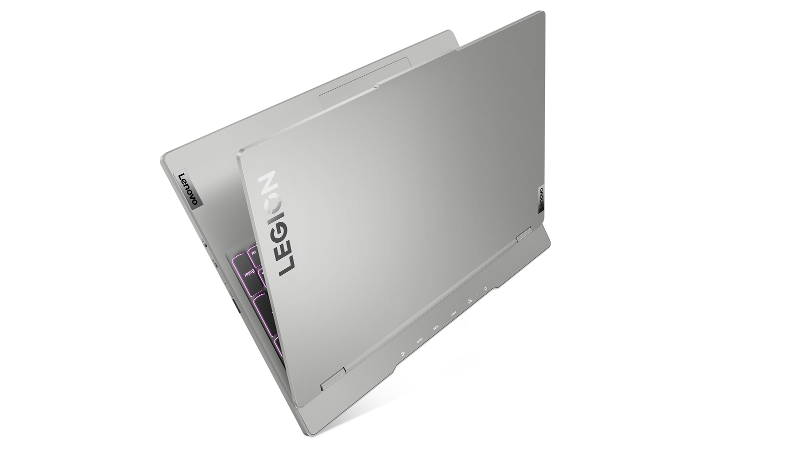 Framed as the happy medium between gaming and everyday use, the Legion 5 series offers a slimline laptop experience with a smaller 15in display in a 15% smaller chassis. Made from a combination of aluminium and magnesium and available in both Cloud Grey and Storm Grey, it doesn’t scream gaming laptop like other MSI products.

Like the Legion 5 Pro series, the Legion 5 series is split into two, with the Legion 5i offering support for up to the 12th-gen Intel Core i7-12700H while the Legion 5 offers AMD’s latest processors – though specifics are yet to be confirmed.

That’s coupled with up to an Nvidia GeForce RTX 3060 laptop graphics card for decent gaming and content creation performance.

The display isn’t quite as high-res as the Pro models – coming in at WQHD – but it makes up for it in the refresh rate department with a boosted 165Hz for a smoother experience overall. It also supports Dolby Vision and boasts 100% sRGB colour gamut, but it’s not quite as bright at 300nits.

As a laptop focused on work and play, Lenovo has worked hard to make the Legion 5 series quieter. Typing on the keyboard is 33% quieter than the previous-gen Legion laptops with a 1.5mm key travel, and it utilises a larger cooling fan that’s quieter than previous entries too.

Like with the Legion 5 Pro series, Lenovo has yet to reveal pricing or release date information for the Legion 5 series, but we imagine they’re not too far away – last year’s models arrived in March, after all.

That’s not all Lenovo launched at CES either; there’s also an updated Lenovo Yoga 9i line, as well as the Lenovo Thinkbook+. For more on the top gaming laptops available, take a look at our selection of the best gaming laptops.