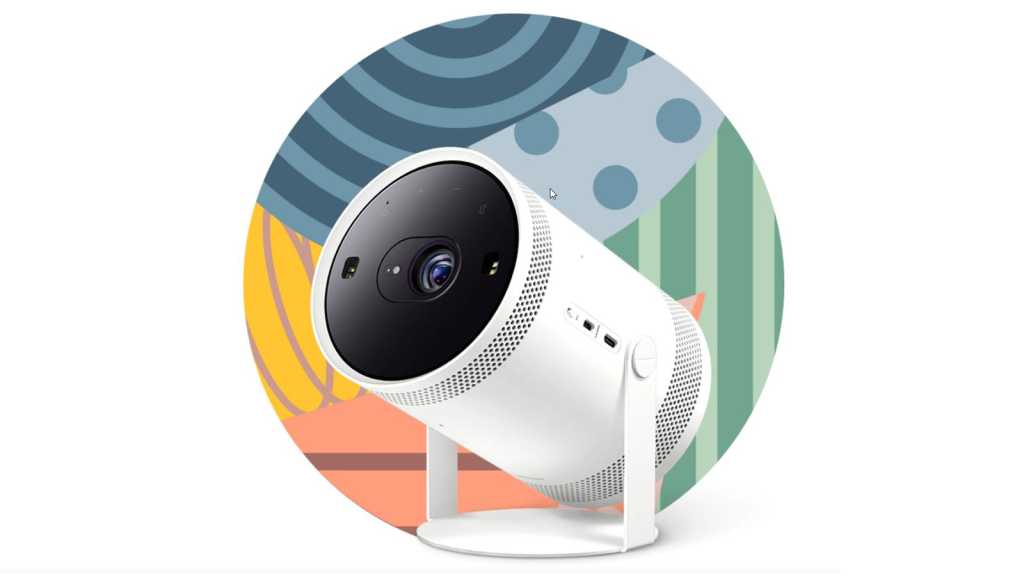 Samsung’s fun new Freestyle isn’t just a projector. It’s a “portable screen and entertainment device” combining a smart speaker, LED projector and the ability to provide ambient mood lighting or even animated visuals that play in time with music.

Better still, it’s effectively a projector version of Samsung’s TVs so you get a similar interface and range of apps built in. That means you don’t need to pair your phone or hook up a source to the Freestyle’s HDMI input to get video onto your wall: Netflix, Amazon Prime Video, Disney+, Hulu, Apple TV and other apps are all available.

The clever stand lets the Freestyle rotate through 180 degrees, allowing you to put the image wherever you want – walls or ceiling – and it will automatically adjust the size and shape of the image so that doesn’t appear skewed or out of focus. 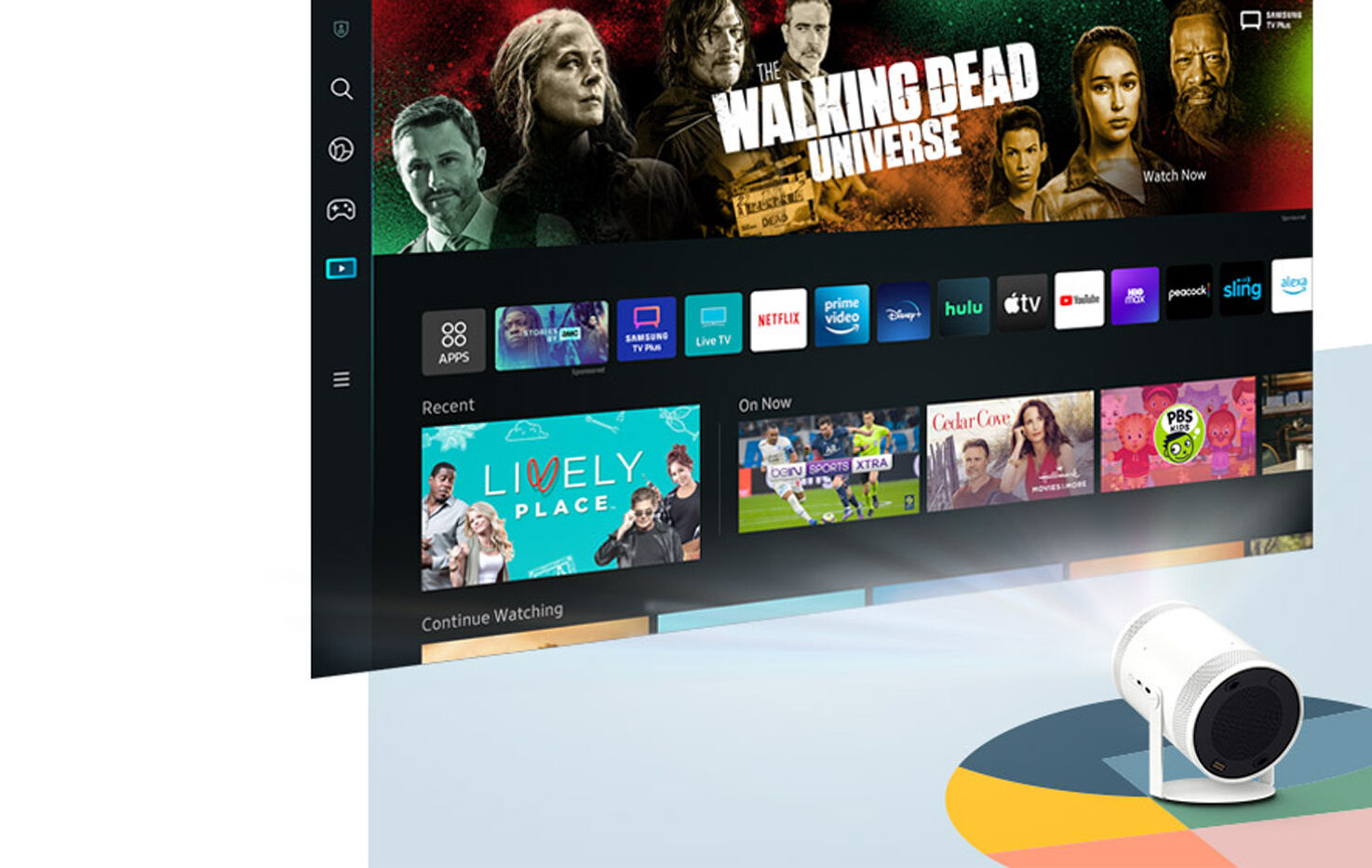 If you’re out and about, whether camping or just in the garden, you can attach a USB power bank to the Freestyle’s USB-C port. The battery simply needs to support USB-C power delivery (50W/20V). Samsung will launch its own battery base soon, along with ‘skins’ that change the projector’s colour and even a screw lightbulb mount. 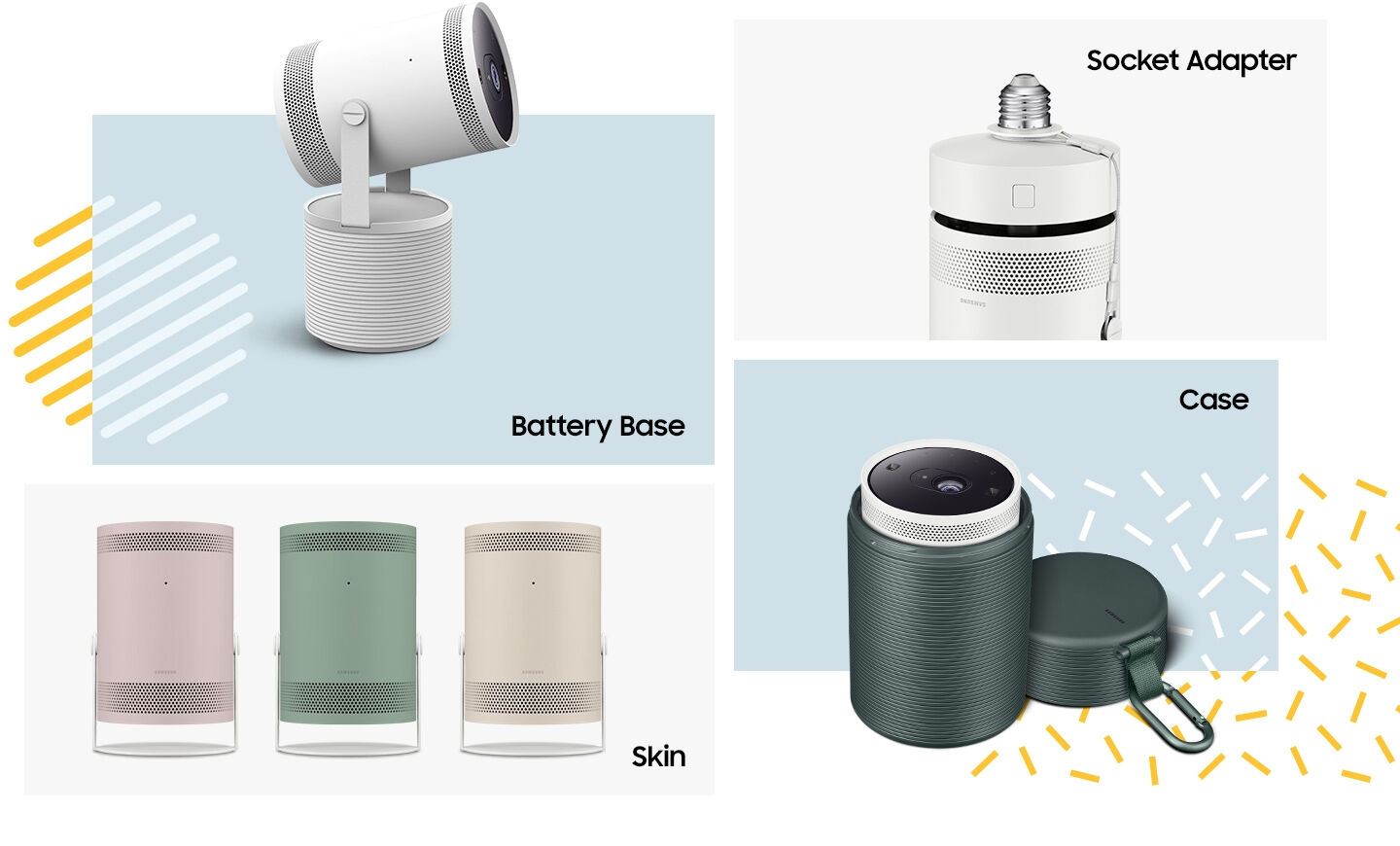 The projector can produce a screen from 30 to 100in in size and has a 1920×1080 resolution. The 5W speaker supplies 360° sound and there’s a built-in mic so you can talk to Alexa and Samsung’s own Bixby assistant – both are built-in along with Wi-Fi 5 and Bluetooth 5.2.

When you’re not using it to watch video, it can provide ambient lighting for your room, even projecting images like a window – ideal for any room which doesn’t have one. 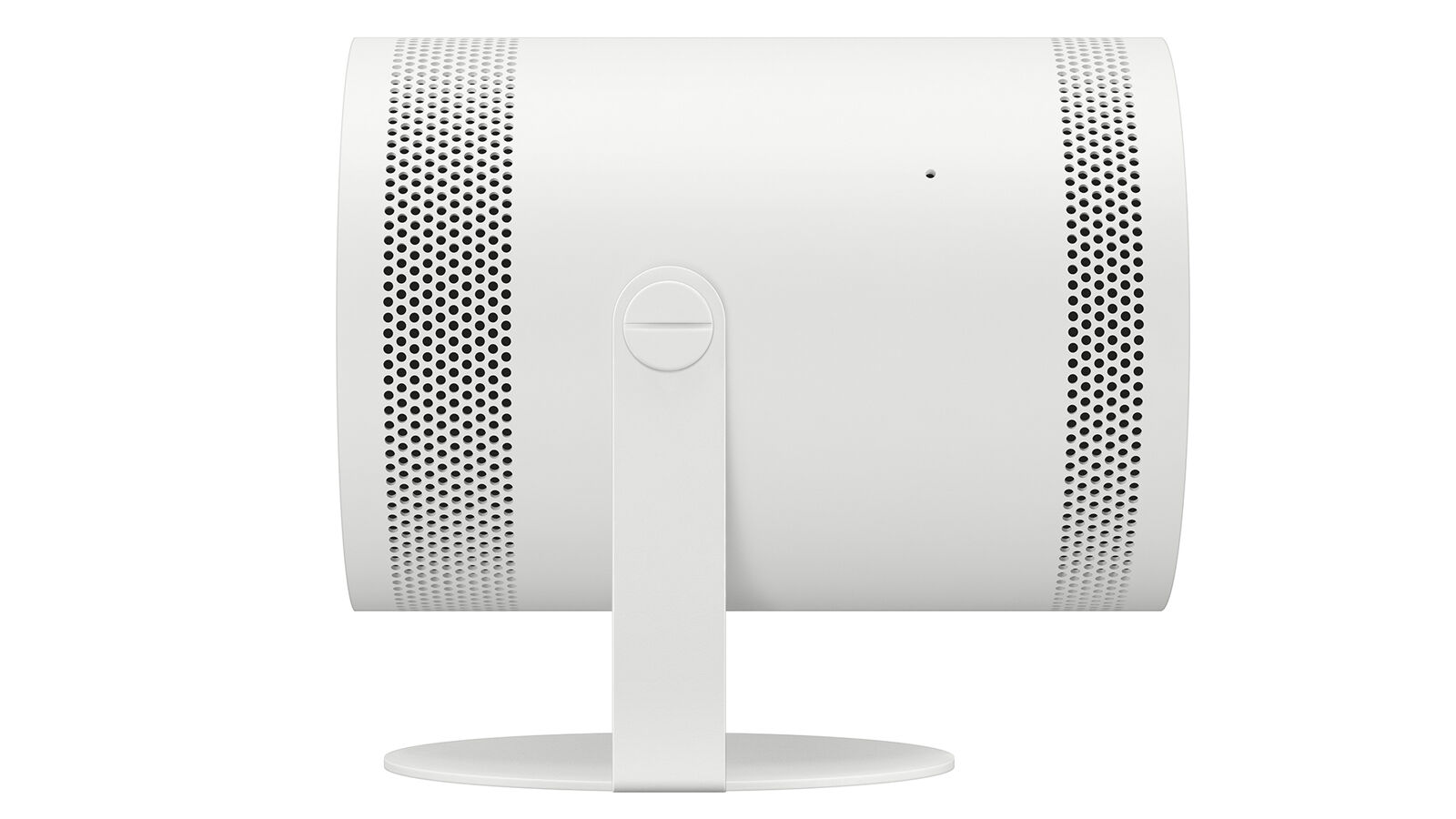 As you might expect, there’s tight integration with Samsung’s own smartphones and the SmartThings app, but it also works with other phones.

Hopefully, Samsung will announce the Freestyle’s availability in other countries soon.