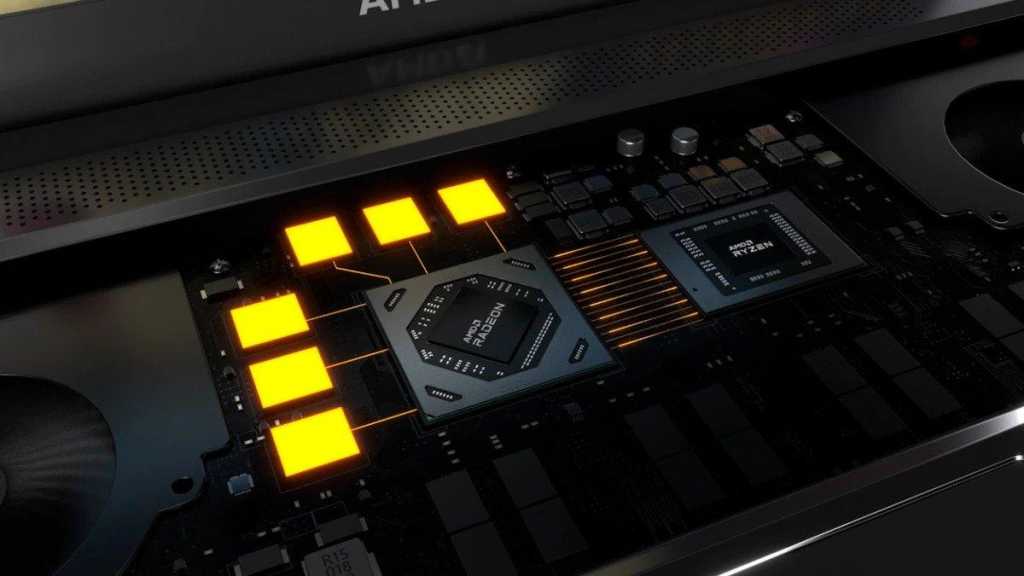 AMD has had a doozy of a reveal at CES 2022, covering not only new entry-level desktop GPUs but a whole suite of laptop-focused upgrades including the reveal of both new and updated laptop-focused graphics cards that’ll bring a significant boost to laptop performance in 2022.

Let’s start with the new addition to the laptop market, the AMD Radeon RX 6000S Mobile Graphics. Designed to be used in thinner and lighter gaming laptops than the flagship 6000M series, the 6000S can be used in laptops 20% thinner than standard gaming laptops, and it’ll weigh around 2Kg maximum too.

Of course, being a mobile GPU designed for thin and light laptops, it has to be power-efficient, and AMD says that the S-series graphics cards have been optimised for better efficiency and performance per watt, but specifics will likely depend on the specifics of the laptop in question.

The top-end RX 6800S is capped at 100W overall, though AMD says it’ll offer “the ultimate in thin-and-light gaming” with around 10% boost in performance compared to the competition.

But what about those who don’t care about having the thinnest and lightest laptop possible? That’s where the updated AMD Radeon RX 6000M series comes into play, boasting faster memory, higher game clocks and new models.

The most capable of the updated range is the new RX 6850M XT, which AMD suggests is capable of delivering a solid 1440p gaming experience, and offers a 7% boost in performance compared to the previous to-end 6800M mobile GPU.

Regardless of whether you opt for a 6000S or 6000M, the chipsets take full advantage of AMD’s FidelityFX technology to not only boost performance in games, but with Super Resolution, it’ll also deliver it at a higher resolution too.

There’s also AMD Smart Shift Max tech that allows your laptop to intelligently shift power between your AMD laptop’s CPU and GPU depending on what you’re doing, and AMD Smart Access Memory allows for faster data transfer between the CPU and GPU for improved game performance too.

Laptops with the latest AMD laptop GPUs are expected to appear starting Q1 2022, and we’ll likely get confirmation from laptop manufacturers over the coming days now that the range is official.