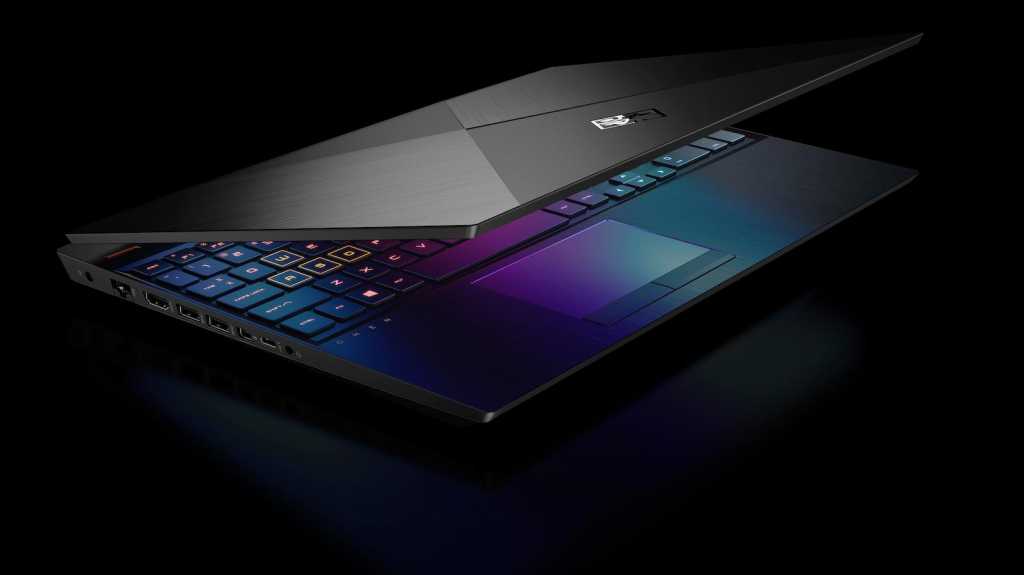 Nvidia teased big announcements in the worlds of gaming and design in the run-up to CES 2022, and it has delivered in the form of two new GPUs, the RTX 3070 Ti and RTX 3080 Ti, bringing a significant performance boost to laptops in 2022.

As revealed during today’s CES 2022 announcement, the flagship RTX 3080 Ti brings the ’80 Ti’ class of graphics cards to the laptop for the first time. On paper it’s a mobile powerhouse, offering 16GB of GDDR6 memory, and the company claims it can outperform the Titan RTX – a top-end graphics card that cost $2499 when it launched in late 2018.

The mid-range Nvidia RTX 3070 Ti follows in the footsteps of the 3080 Ti, with performance up to 70% faster than that provided by RTX 2070 SUPER-equipped laptops.

The RTX 3070 Ti and 3080 Ti for laptops offer the same raytracing support for gaming and content creation. Importantly for gamers, the GPUs boast DLSS support that uses AI to upscale – and even improve the quality – of games without a performance hit.

Nvidia is confident of its optimisation too, claiming that when coupled with the latest CPUs and RTX laptop GPUs, Studio-certified laptops are seven times faster at 3D rendering than the Apple Silicon-equipped MacBook Pro 16.

While it isn’t possible to upgrade a laptop’s graphics card as you can with a PC, the good news is that there are plenty of laptops in the works that’ll take advantage of the new GPUs.

Nvidia says over 160 laptops will go on sale in 2022 from companies including ASUS, MSI and Razer, in all kinds of shapes and sizes. The company teased dual-screen form factors, easels, convertibles and new 14in “portable powerhouses” with many sporting 1440p displays with G-SYNC support.

With the announcement of the new graphics cards now official, it’s likely that we’ll see other manufacturers confirming the use of the new RTX 3070 Ti and RTX 3080 Ti in the coming days.

If you were after something cheaper, Nvidia also revealed the new entry-level $249 RTX 3050 for desktop PCs, ideal for playing the latest games at 1080p.

There’s also the official release of Omniverse to get excited about, offering cloud-based systems for the next generation of 3D simulation and design – and it’s free for individuals to use too. If you’re a creator running an RTX machine, find out more about Omniverse on Nvidia’s website.