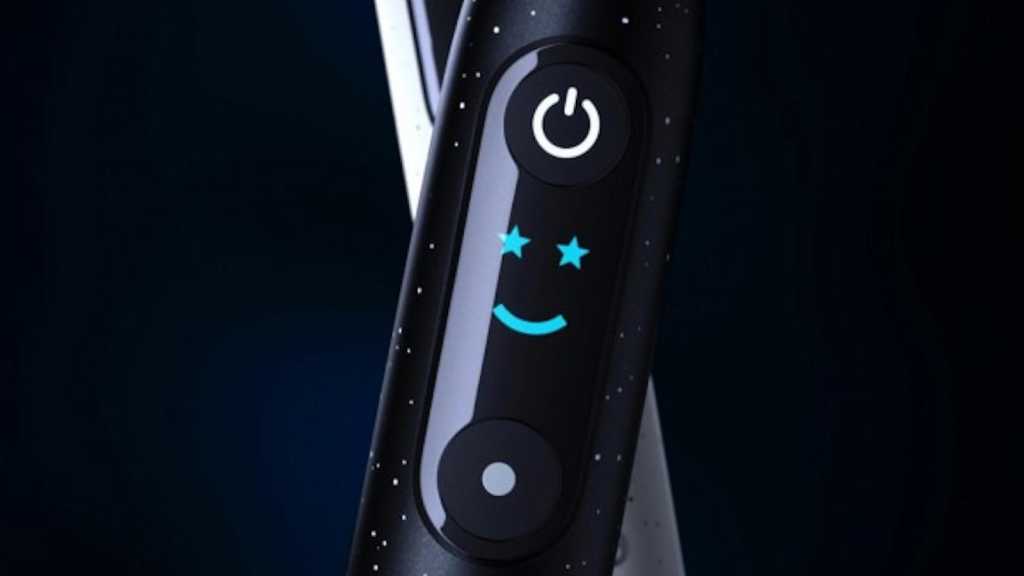 Any time now, we’re expecting Oral B to announced the launch of its new iO flagship electric toothbrush: the iO10.

It’s one of three new iO toothbrushes that will be available to buy soon in the US and in the UK. The new top-of-the-line brush is the iO10, while two more budget-friendly models, the iO4 and iO5, are also on the way.

When will the Oral-B iO10 be released?

The iO10 was first announced at CES in January. No firm release date has been given yet but we expect it to launch soon, probably first in the US, followed by the UK and Europe.

If you’re in the US, you can sign up on the Oral-B website and they’ll let you know when the new brush launches.

How much will the iO10 cost?

Oral-B has not yet announced a price point for the new electric toothbrush, either for the US or the UK markets.

What we do know is that, as the new flagship brush, it is likely to be priced higher than the current flagship product, the iO9. At the moment, the iO9 has an RRP of £500 in the UK (although it regularly sells at a discounted price of £250) and a sales price of $299.99 in the US.

Amazon UK is getting ready for the launch. The site has published a product page for the Oral-B iO10, where the price is given as £404.75. Interestingly, this would give it a lower RRP than the iO9. However, we are still expecting the launch RRP to be higher.

What are the iO10’s features?

The iO10 will come in two colours: cosmic black and stardust white, which have a star-flecked, spacey design. Like the previous flagship, the iO9, the iO10 will have a full colour OLED screen with a brushing countdown, battery life and settings display, and brushing feedback in the form of an emoji-like happy or sad face.

The iO10 also comes with what Oral-B is calling iOSense, a new virtual brushing coach that will deliver real-time brushing help, as well as feedback.

The big change is the incorporation of the charging base into the coaching aspect of the brush. This means that, although the iO10 is app-compatible, you won’t need to open the app to get that feedback.

The charging base – which has a digital display and light bar display – will show the brushing countdown, pressure sensor information and which part of your mouth you should be focusing on.

However, this does mean you’ll need to have the charging base in view while brushing. So, if you don’t have a handy, dedicated spot near a shaving socket to keep your toothbrush plugged in, the iO10 might not be any more helpful than others in the range.

Still, the innovation we really like in the iO10 is the Power2Go charging travel case. If this is anything like the versions offered with the Sonicare DiamondClean 9000, it’ll be a case with integral USB charger – which is the upgrade the iO series of brushes really needs.

A USB charging option was really the only thing we missed when testing the iO9.

The iO10 also has a souped-up pressure sensor, with additional white and green settings to let you know if your brushing contact is too light or just right (as well as red to indicate that you’re brushing too hard). It’s also one-upping the iO9 with seven brushing modes.

Which other iO brushes does Oral-B plan to launch?

The iO series is also being expanded at its more affordable end, with the new additions of the iO4 and iO5. As yet, these brushes are only confirmed to launch in the US, but we expect them to become available in the UK at a later date.

Both will cost under $100 and will feature the new iO cleaning head system, which rotates and vibrates, plus a pressure sensor. Neither will feature the OLED screen that until now has been the key characteristic of the series.

Both will have multiple brushing modes. The iO4 will have four modes, including daily clean and whitening, while the iO5 will feature all of these – plus one additional mode. The pricier brush will also feature brushing mode icons on the handle which light up when in use.

They have some new features as well, including the light ring on the handle cycling through colours when your two-minute brushing time is complete and a yellow LED which lights up on the handle when your brush head needs to be replaced.

They won’t feature the quick-charge magnetic dock that allows the brush to recharge in three hours. Instead, they’ll likely have the traditional 12-hour Oral-B charging time.

Both will feature Bluetooth but only the iO5 will offer real-time brushing feedback.

The new models will sit below the iO6, which is currently the most affordable iO model. It’s available for $149.99 in the US. In the UK, it has a £300 RRP, although the price regularly drops to as low as £110, which is its current price in the Oral-B UK shop.