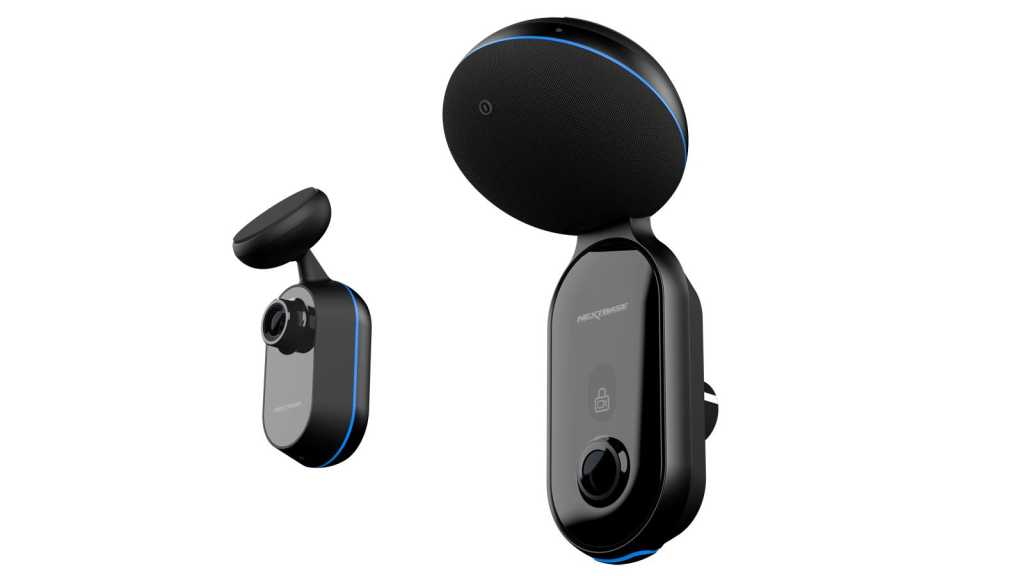 It’s been two years since Nextbase launched its Series 2 dash cams and, to coincide with CES 2022, the UK-based manufacturer has announced what’s coming next.

The iQ is a range of connected dash cams which give a 540-degree view of your vehicle, whether you’re driving it or it’s parked. The unusual angle is derived from the fact it has three 180-degree lenses: one facing forward, one backwards (to the car’s interior) and a third camera mounted in the rear window capturing everything going on behind.

It’s the first fully connected model from Nextbase, having a built-in 4G SIM to provide alerts, location data and a live video feed to your phone, wherever you happen to be. As far as we know, this makes it the first dashcam in the world to offer 4K resolution, three lenses and 4G connectivity.

Design-wise, the iQ is completely different to any previous Nextbase dashcam. For a start, it doesn’t have an LCD screen. This means it relies more on the new Nextbase iQ app than previous models did on the old app, though there’s also a built-in voice assistant that allows you to control certain functions completely hands-free.

It’s designed to sit behind your rear-view mirror with the cabin camera poking out below it, as you can just about make out in the image below. 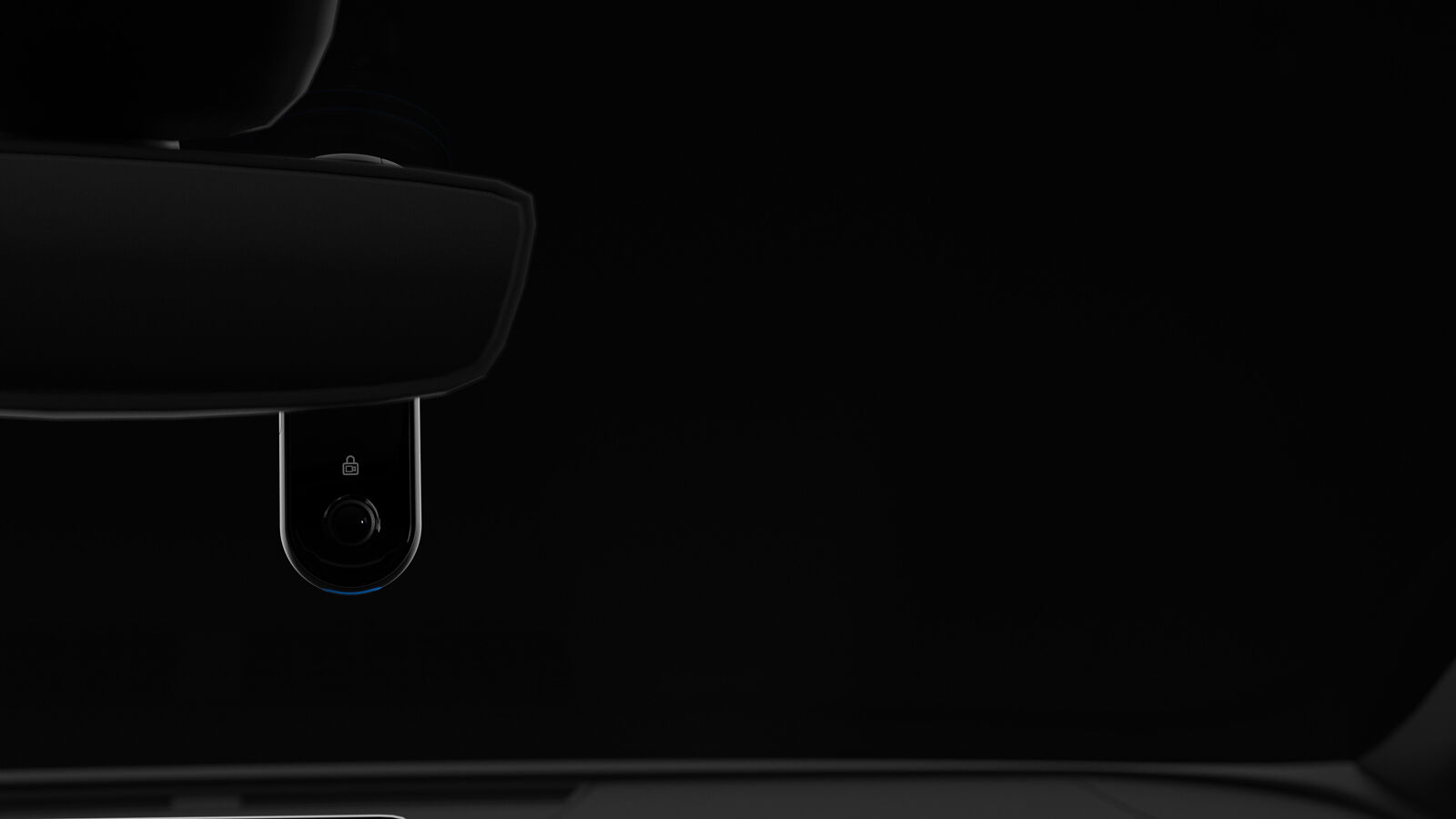 Unlike the higher-end Series 2 models such as the 422, 522 and 622, the iQ won’t have Amazon Alexa. Instead, Nextbase has developed its own custom assistant which can recognise specific commands so you can keep your hands on the wheel and your eyes on the road.

You’ll hear it through the speaker built into the windscreen mount. 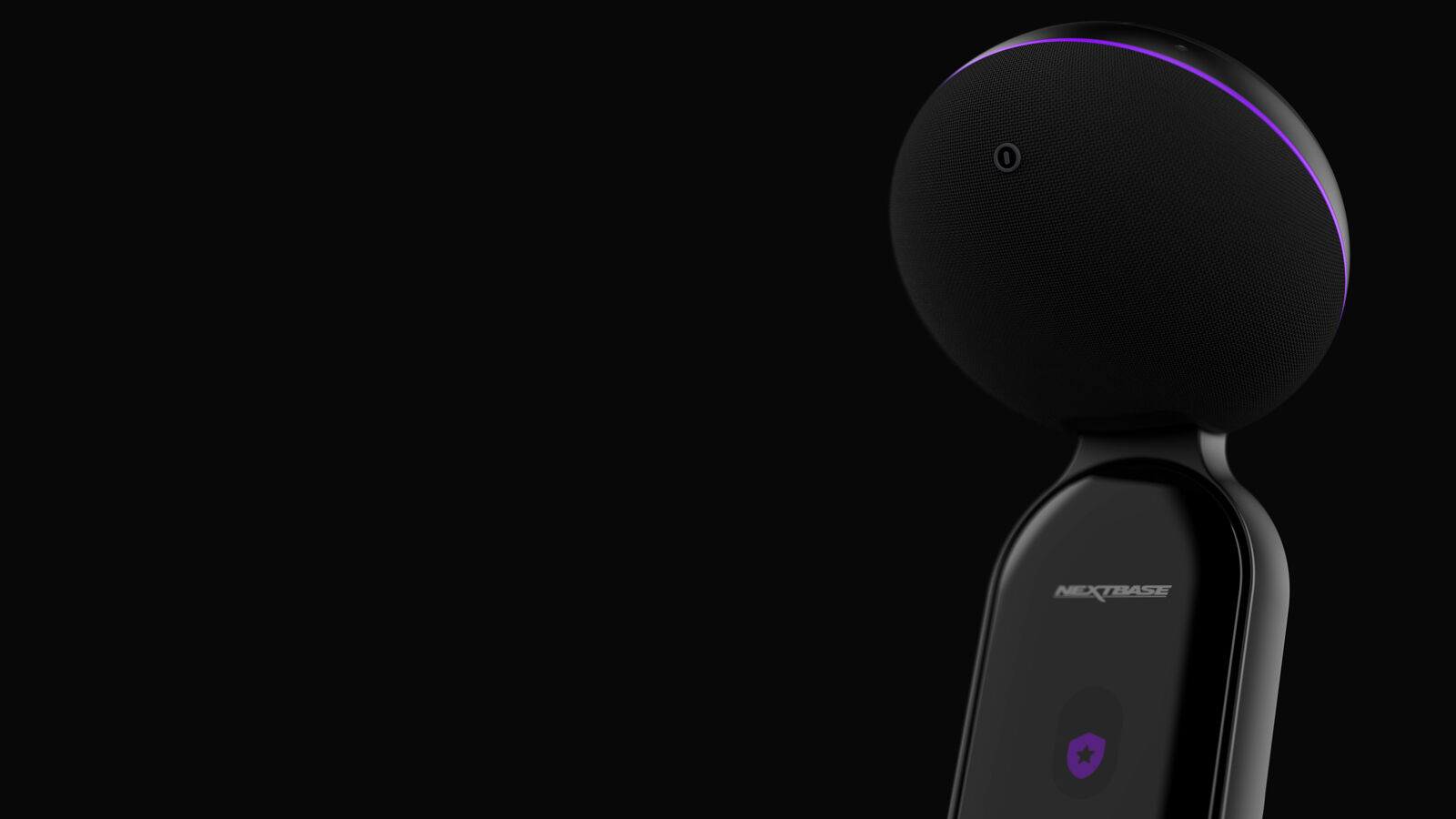 One of these lets you use the 4G connectivity to record and upload video to the cloud in any situation where you feel vulnerable. This ‘Witness  Mode’ ensures video evidence can’t be stolen and destroyed.

You can also put the iQ into ‘Valet Mode’ which will send you alerts when specific conditions are met, such as a change in location, for when your car is being repaired, cleaned or parked and you want to keep tabs on it.

Nextbase has also brought a couple of features from the Series 2 such as Emergency SOS which will contact the emergency services with your location if the vehicle is in a collision and you remain motionless for a certain period of time (and don’t pick up your phone).

There’s also ‘Roadwatch AI’ which monitors the speeds and trajectories of other vehicles and driver alerts should you become drowsy at the wheel.

Thanks to the 4G connection, the iQ becomes even more useful as a security device while your car is parked. Smart Sense Parking uses a combination of sensors: accelerometer and visual motion to determine when to alert you of events. You’ll get a notification with a photo so you can decide whether to look at the live view to see what’s happening in real-time.

This is a mock-up of what the new app will look like: 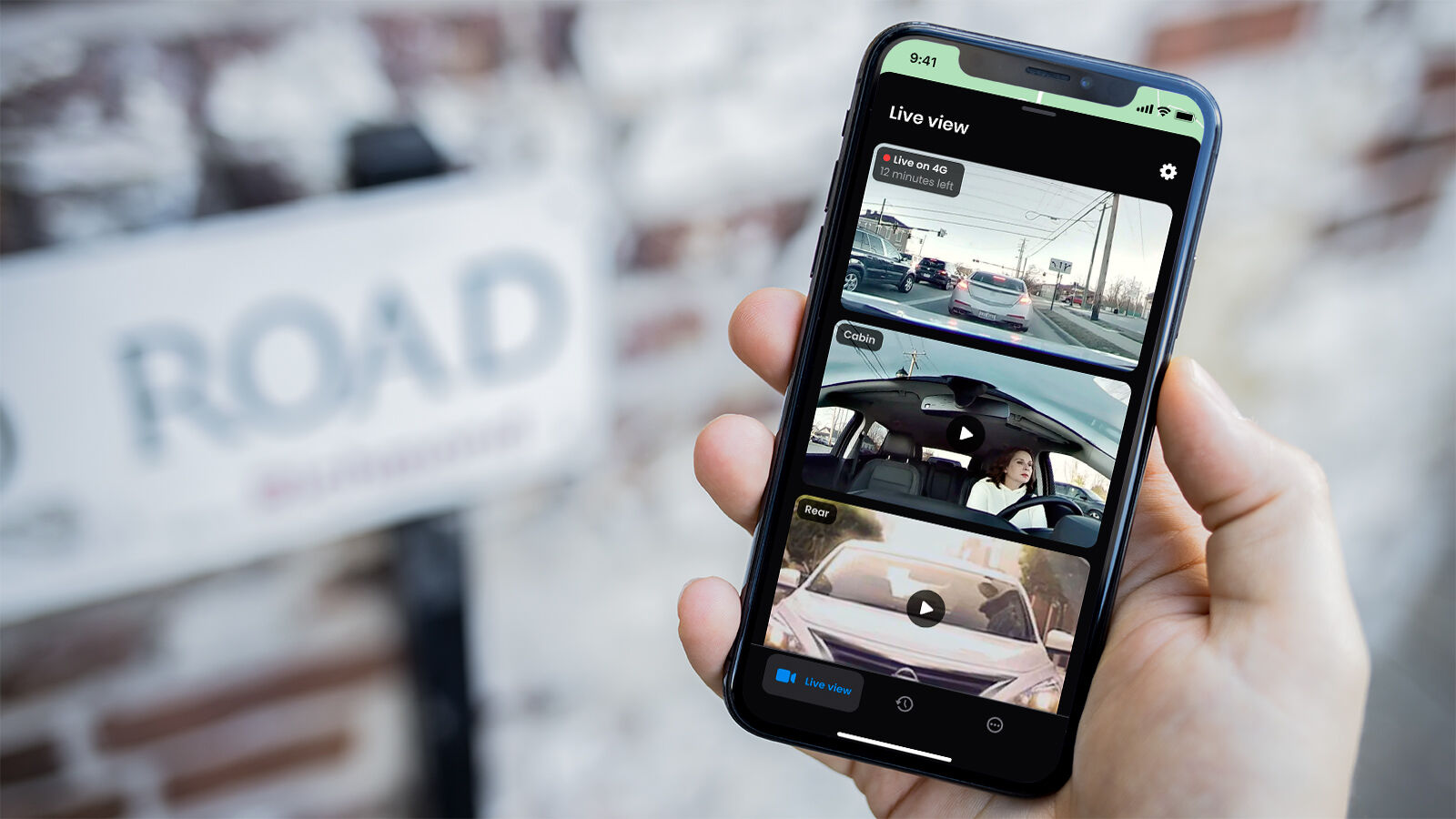 You can also track your vehicle’s location in real-time thanks to the built-in GPS.

While the flagship model will have a 4K front-facing camera, the other two cameras record at 1440p and resolutions decrease as you move down the range. As of yet, Nextbase hasn’t announced any more information about how many models will be offered, or which features each will have.

The iQ will go on sale in autumn (fall) 2022, but nothing has been announced in terms of pricing. Nextbase did confirm that there will be a subscription for the iQ which will provide a certain number of minutes to remotely view the live camera feed, and for the Emergency SOS service. 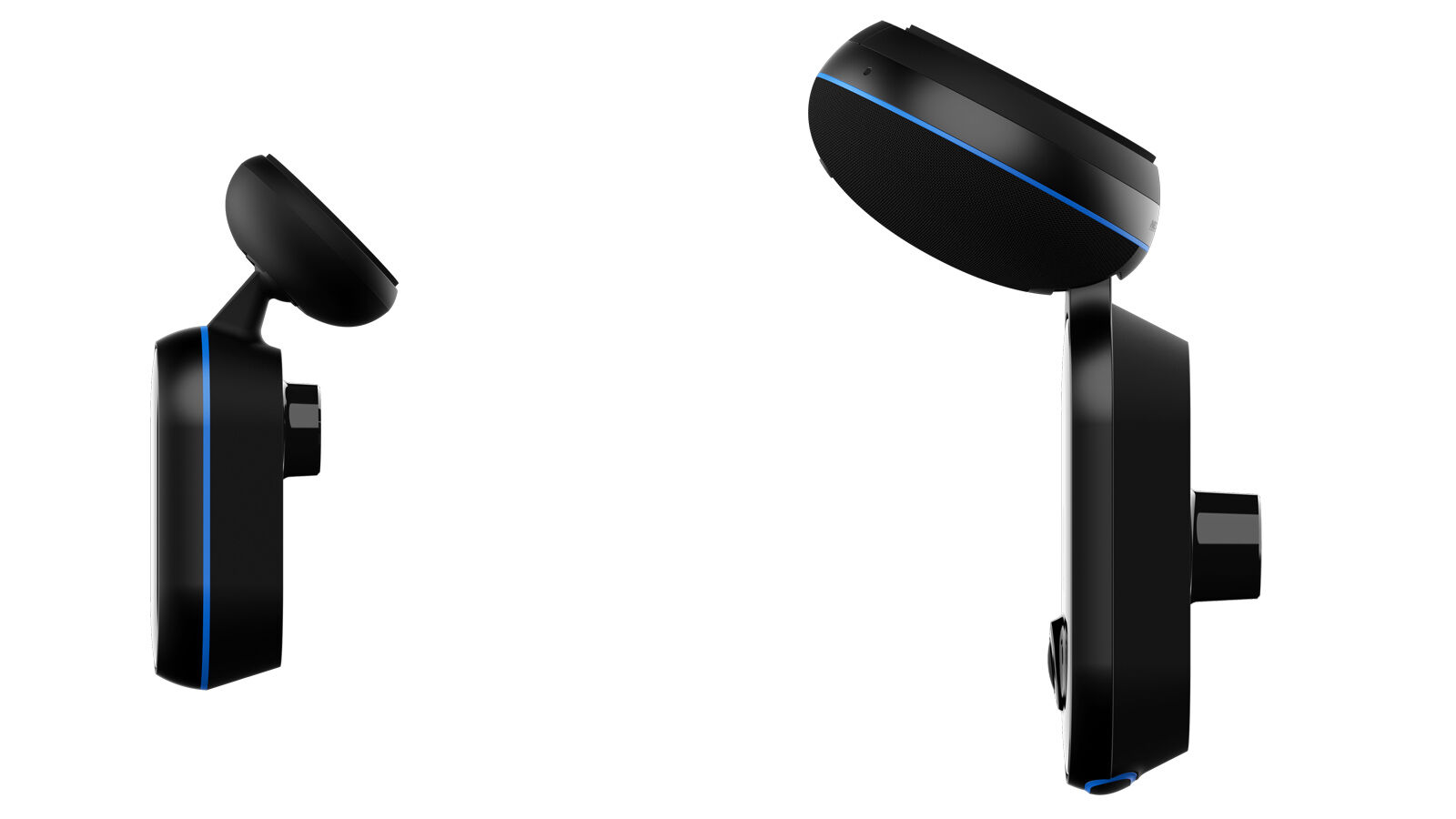 Nextbase’s Richard Browning said “Over two years and from the ground up, we have re-imagined what a dash cam can be and created the world’s first smart dash cam, utilizing AI-technology and cloud-connectivity to give drivers a complete sense of safety and security. Never has there been a smart connected-car product that offers so much benefit in one package. We have improved our already best-in-class dash cam functionality and added never-before-seen technology to support drivers, whether they are on the road or away from their vehicle.”