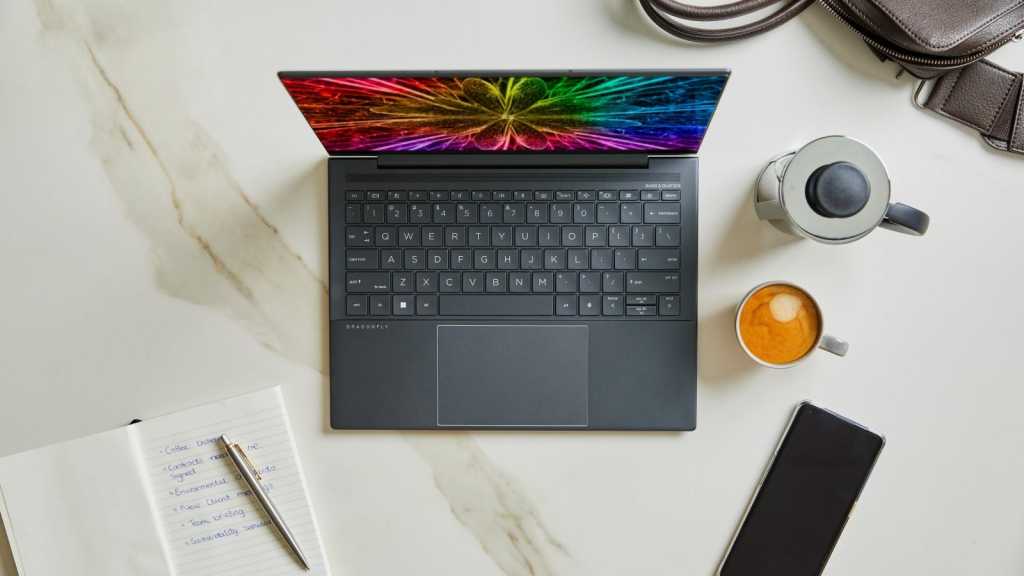 At CES 2022, HP has announced new Dragonfly laptops that are crafted specifically for the hybrid era of working with HP Presence technology. They consist of the Elite Dragonfly G3 and Elite Dragonfly Chromebook giving users a choice of operating systems.

The Dragonfly G3 combines elements of the G2 and Max laptops yet still comes in at under 1kg weight. It comes pre-loaded with Windows 11 and offers a 13.5in screen with a 3:2 aspect ratio, 12th-generation Intel processors and audio by Bang & Olufsen.

The design comes in Slate Blue or Natural Silver featuring a rounded magnesium chassis with diamond-cut edges. Sustainability is also in mind with recycled magnesium, aluminium and ocean-bound plastics.

HP has also made the keys larger, matched the trackpad to the screen aspect ratio, and put the fingerprint scanner conveniently next to the arrow keys.

It’s the HP Presence elements that make the Dragonfly stand out from the crowd. Namely a 5Mp webcam with Auto Frame, Dynamic Voice Leveling, dual mics and AI-based noise reduction 2.0. There is also an Appearance Filter in case you’re looking a bit worse for wear.

These make the G3 a tempting choice for the video conferencing era and you can save preferences in the new myHP dashboard which applies to all software. HP has also added intelligent charging and HP Battery Shield to give you longevity. 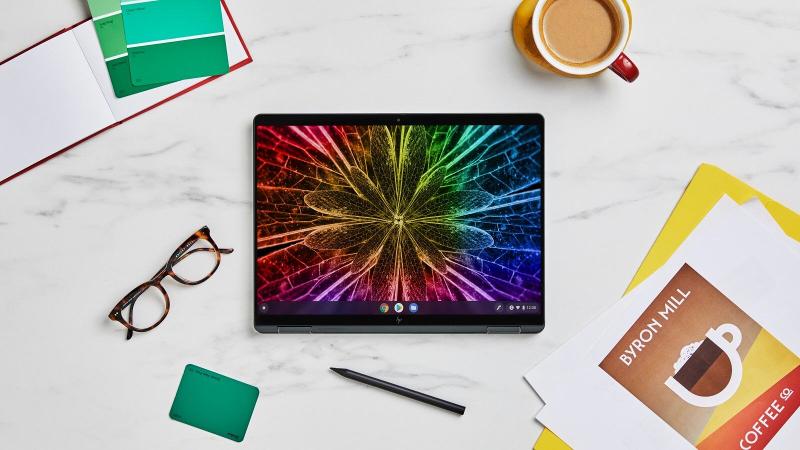 Those opting for the Elite Dragonfly Chromebook will get a 360-hinge design with a stylus included which has a stronger magnet than before and charges wirelessly. It’s also the world’s first Chromebook to come with a haptic feedback trackpad that is tunable to your liking and has a Gorilla Glass surface.

It’s got a new high res 13.5in screen (up to Quad HD+) and there’s an emphasis on privacy with a Sure View Reflect integrated privacy screen and Sure Shutter which blocks your webcam with a single click.

The Elite Dragonfly G3 will arrive in March with the Dragonfly Chromebook a little later in April. Pricing is yet to be confirmed.