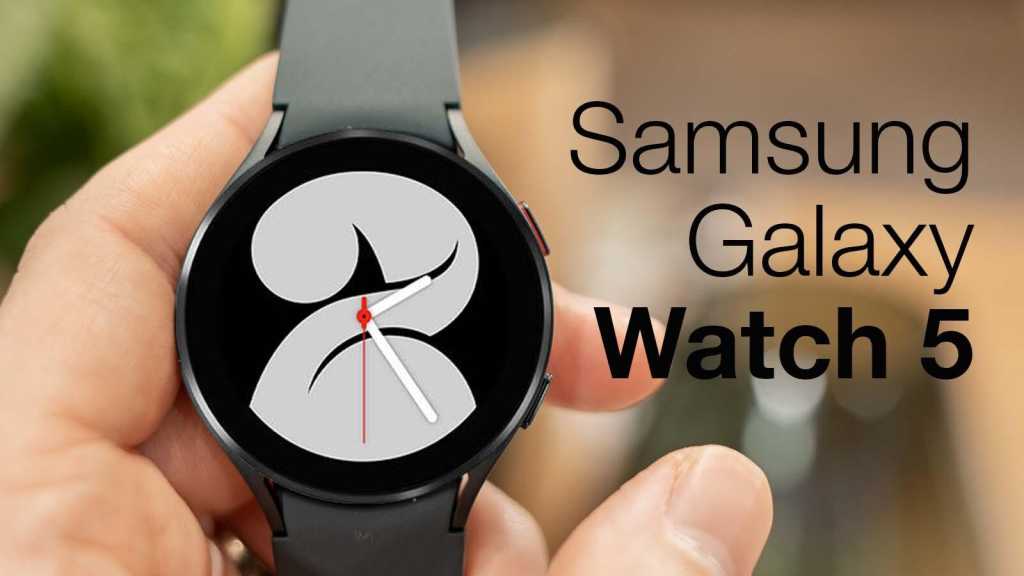 Samsung has forged a path for itself as makers of some of the most capable and desirable smartwatches on the market, and signs of the next entry in the Galaxy Watch series keep on cropping up.

New rumours concerning the Galaxy Watch 5’s design and functionality have started to emerge, with the possibility of an expandable display being one of the more outlandish rumours, along with talk of a ‘Pro’ model. Here’s all we know so far.

When will the Samsung Galaxy Watch 5 be released?

Samsung usually releases the new version of the Watch in August, as you can see below:

The only deviation from the pattern came when Samsung introduced the Galaxy Watch Active and followed it up with the Watch Active 2, which arrived in March and September of 2019, respectively. This now seems to be a retired model, with the company settling back into releasing standard Galaxy Watch entries.

Looking at this history, you’d have to say there’s a very good chance that the Samsung Galaxy Watch 5 will arrive in August 2022.

How much will the Samsung Galaxy Watch 5 cost?

We haven’t had any official word from Samsung about the Galaxy Watch 5, so for pricing, we’ll need to look at the previous models. The Watch comes in two casing sizes, with the option for different connectivity SKUs as well: Bluetooth or 4G varieties.

Here’s the pricing for the Watch 4 family, which launched in mid-2021:

The prices for the Classic are closer to the Samsung Galaxy Watch 3, probably due to the construction, as both had rotating bezels, amongst other features.

But, with the standard Watch 4 offering practically the same software experience, it could be that Samsung keeps these two tiers in place so that it can pretty much match the price points of the Apple Watch SE and the Apple Watch Series 7.

What new features will the Samsung Galaxy Watch 5 offer?

As stated, Samsung hasn’t made any official statements about the Watch 5, so we’re reliant on leaks and rumours at the moment. Hopefully, this will change soon, but for the time being, we can rest on the wisdom of industry analysts and our own experience.

One of the most intriguing rumours we’ve seen so far is that Samsung is planning to release a smartwatch with a display that can be unrolled to make it bigger.

LetsGoDigital has reported on patent applications made by Samsung that show a device whose screen can be unfurled from two standard semi-circles to a pill shape, gaining an extra 40% of space in the process. One downside is that there is a central area that isn’t a display but instead acts as a touch sensitive interface and home for a camera.

Here’s an image from the patent (via LetsGoDigital): 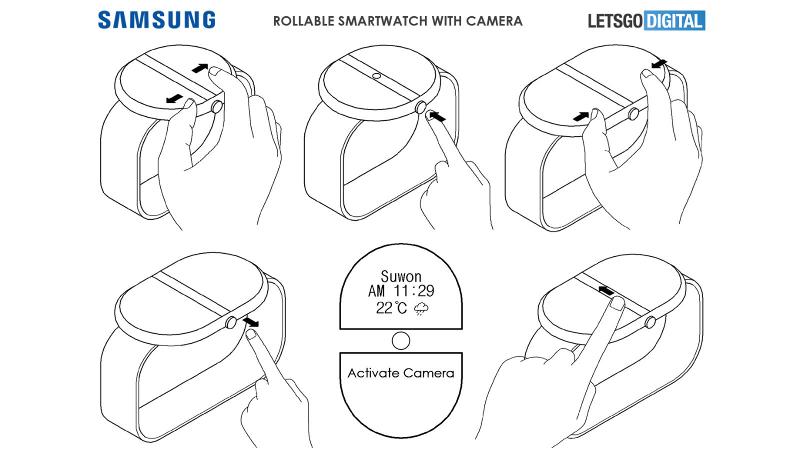 This patent was filed, along with comprehensive documentation, at the start of December 2021, so it does seem unlikely that it will be the Samsung Galaxy Watch 5. But it could be a feature on its successor.

That’s not the only radical wearable display design from Samsung though, as LetsGoDigital unearthed another patent, this time featuring a rollable screen and a chassis that can be rotated on the strap.

The practical upshot of this is that you can make the screen taller or wider to suit the app you’re using. 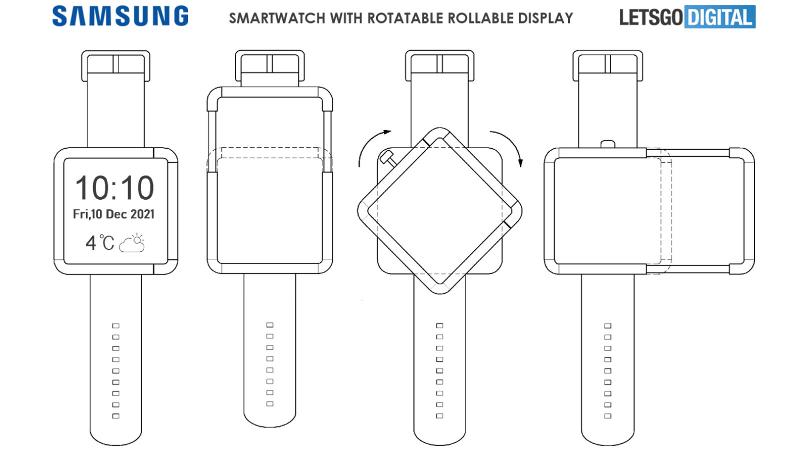 Again, as the patent was released around the same time as the previous, it’s probably too soon to feature on a watch in 2022, but there’s no doubt that Samsung has the bit between its teeth when it comes to innovating in the wearables space.

Additional battery details point to the potential of a Galaxy Watch 5 ‘Pro’ model too. Sources told SamMobile that a device bearing the model number SM-R925 could pack in a huge 572mAh battery.

This tidbit was once again verified by Safety Korea, referencing part number EB-BR925ABY. Those same sources did also clarify that the Pro might have a harder time making it all the way to market.

Since then, SamMobile has claimed that the Classic model will be replaced entirely by the Pro model and that, according to Ice Universe, the Watch 5 Pro won’t retain the rotating bezel that the current Watch 4 Classic boasts but will sport a titanium casing and a display protected by sapphire crystal.

While multiple sources renounced claims of there being three sizes of Watch 5, one of the most concrete developments so far lies within Samsung’s own One UI 4.5 Beta for the Galaxy Watch 4 (as, once again, spotted by 9to5Google), which features placeholders for the Watch 5 and the Watch 5 Pro (both of which currently use the standard Watch 4 as their main image).

It’s assumed that Samsung won’t be upgrading the silicon powering the Watch 5 line, having only just introduced the Exynos W920 with the Watch 4 range. As such larger batteries may be the only thing that creates a tangible improvement in longevity when comparing the Watch 4 line to its successors, depending on what else the Watch 5 series brings to the table.

According to Korean news source ETNews, thermometer functionality will also be part of the equation on the Watch 5; used for detecting onset fevers, as well as helping with female cycle tracking.

As for what else the Samsung Galaxy Watch 5 family might bring to the table, we’d expect the continued evolution of the Samsung One UI Watch interface, along with Google’s Wear OS software, as the companies work towards devices that can rival or even topple the Apple Watch. But from a hardware perspective, it’s probably only going to be iterative upgrades, unless Samsung has something special up its sleeves.

We’ll keep updating this article as more details become available, so do check back regularly. In the meantime, take a look at our guides to the best smartwatches and best fitness trackers.