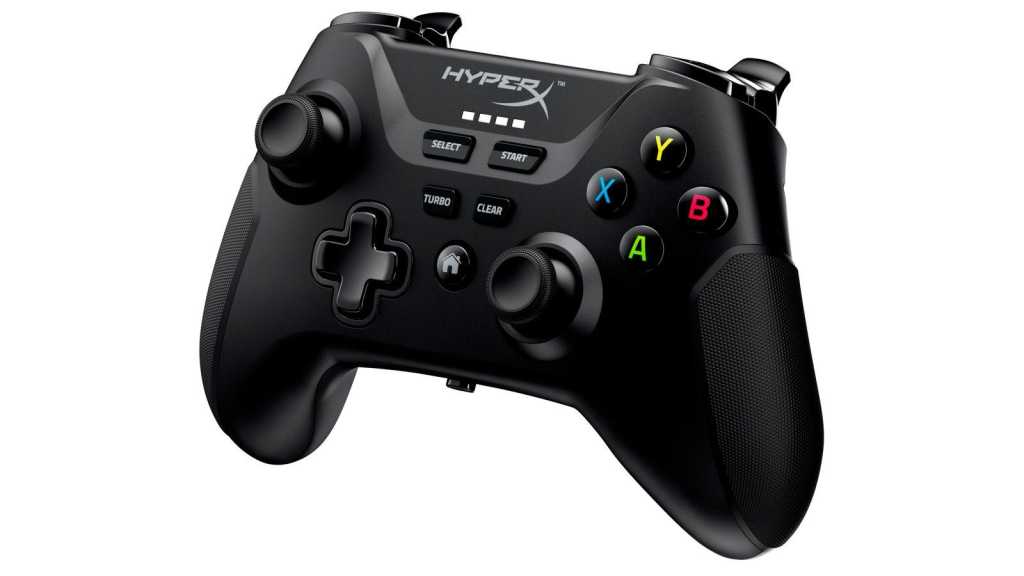 HyperX is known for its range of gaming accessories, but at CES 2022 the company is expanding as it launches its first new products since being acquired by HP. The HyperX Clutch is the brand’s first ever controller, aiming to upgrade the cloud gaming experience.

The design of the Clutch is similar to a traditional Xbox gamepad. It has the same ABXY buttons, dual joysticks, digital directional pad, shoulder buttons and triggers many people will be familiar with. One key difference here is a built-in adjustable phone clip, which supports any device between 41-86mm wide in a variety of different positions.

Other than foldables, that means it’s compatible with almost every Android phone you can buy. HyperX is clearly targeting cloud gaming here, with the likes of Xbox cloud gaming, Google Stadia, and Nvidia GeForce Now all natively supporting Android devices.

The Clutch connects wirelessly via Bluetooth 4.2, but you can also use a USB-C cable if you prefer. But HyperX also wants to appeal to PC gamers, reflected in the inclusion of a 2.4Ghz dongle as an alternative connection method.

Going cable-free means battery life is particularly important. HyperX claims the Clutch will get you 19 hours of usage on a single charge, although it’s not clear how fast charging via USB-C will be.

It remains to be seen how well the HyperX Clutch holds up to real-world usage, but it’s a compelling option on paper. The controller will cost US$49.99 (approx. £38) when it goes on sale in March 2022, but international pricing and availability is yet to be revealed.

The Clutch is one of several new accessories HyperX announced at CES 2022. The brand also revealed new desktops, monitors, and gaming headsets (both wired and wireless), all aimed at upgrading your gaming experience.