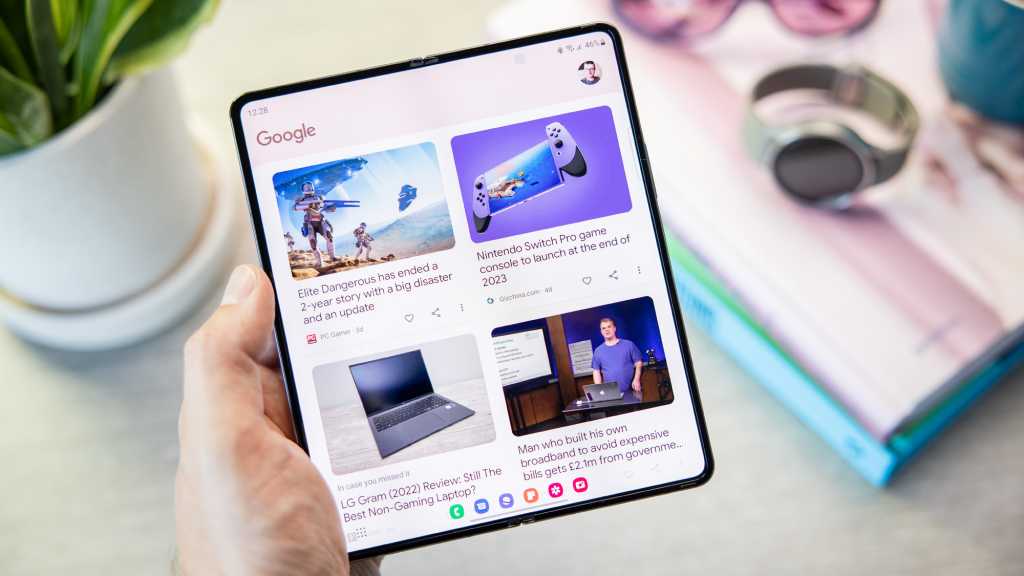 Samsung has been one of the leading lights in the arrival of smartphones with foldable displays, and that’s set to continue with the Samsung Galaxy Z Fold 4.

Announced at Samsung’s August 2022 Unpacked event alongside the Galaxy Z Fold 3, Galaxy Watch 5 & 5 Pro and Galaxy Buds 2 Pro, Samsung’s big-screen foldable is back with a host of improvements that not only make it more durable, but more in-line with standard 2022 flagships.

Has Samsung finally cracked the foldable code? Here’s everything there is to know about the Samsung Galaxy Z Fold 4, from release date and pricing to the top new features of the big-screen foldable.

When was the Samsung Galaxy Z Fold 4 released?

The Samsung Galaxy Z Fold 4 was revealed at Samsung’s Unpacked 2022 event on 10 August 2022. It went up for pre-order immediately after, and the release followed on 26 August 2022.

How much does the Samsung Galaxy Z Fold 4 cost?

Pricing has been somewhat moveable when it comes to foldables. Most started out at eye-watering amounts due to the incredibly cutting edge technology needed to make a folding screen possible.

As techniques have been improved and processes refined, this has seen a drop in the end-cost for consumers. Of course, these are still premium devices, and come with prices commensurate to this status, but there has been a steady decline – until this year, that is.

Here’s how much the Samsung Galaxy Z Fold 4 costs:

If you’re tempted by the premium foldable, you can buy the Galaxy Z Fold 4 from Samsung directly alongside third-party retailers like Amazon and Best Buy in the US, and Amazon and John Lewis in the UK.

We cover where to buy the Samsung Galaxy Z Fold 4 in more detail separately for those interested.

Much like the Samsung Galaxy Z Flip 4, the Z Fold 4 is more of a refinement than a redesign, sporting the same overall premium, sleek design as its predecessor with key improvements to its design and overall durability.

The Galaxy Z Fold 4 is 3.1mm shorter and 3mm wider, and while that doesn’t sound like much, the phone feels nicer in the hand and less boxy than the Z Fold 3 – both in its folded and unfolded configurations. In fact, Samsung claims this should help minimise black bars when watching content on the bigger inner screen.

Tweaked dimensions aside, the outer display remains largely unchanged, sporting the same tall 6.2in 120Hz display, with the outer display and rear both clad in Corning’s Gorilla Glass Victus+ to help protect against scratches and drops. That’s paired with Samsung’s Armour Aluminium frame that the company claims is more durable than ever, and it’s still just as water-resistant at IPX8 – a rarity among foldable.

The focus on durability has extended to the inner foldable 7.6in 120Hz display – arguably the more problematic of the phone’s two displays. Samsung claims that the Z Fold 4 can withstand an impressive 200,000 folds (around 547 folds per day for a year), which should help alleviate some fears about long-term use of the foldable.

The 4Mp f/1.8 under-display camera has made a return once again, and while the camera quality still isn’t up to scratch compared to standard selfie cameras, it is a little harder to see this time around.

The real camera improvements are on the rear. It sports the same OIS-equipped 50Mp camera as the flagship Samsung Galaxy S22, offering a huge improvement over last year’s paltry 12Mp offering. Samsung says that the larger sensor can let in 23% more light, which when combined with the nightography visual processor, NPU and ISP should bring notable improvements to low-light photography.

That’s paired with the same 12Mp ultrawide lens as the Z Fold 3, along with a totally new 10Mp 3x optical lens capable of 30x Space Zoom. It’s not quite as advanced as that on flagships, but it’s impressive to see on a foldable when you consider the small dimensions Samsung is working with.

The inclusion of VDIS (Video Digital Image Stabilisation) means videos should be smoother than ever, even in low-light, and it’s one of the first foldables to boast 8K video recording capabilities too.

At the heart of the Samsung Galaxy Z Fold 4 you’ll find Qualcomm’s latest Snapdragon 8+ Gen 1 processor that should provide flagship-level performance. It’s still one of few phones to sport the new processor, bringing with it benefits like support for Qualcomm’s updated lossless audio codec and more.

While the Z Fold 4 sports the same 4,400mAh battery as its predecessor, there’s faster 25W charging available that’ll provide 50% of charge in just 30 minutes. It’s still a long way from the lofty heights set by the likes of Oppo and Xiaomi, but it’s now more in line with the rest of Samsung’s smartphone collection.

The Samsung Galaxy Z Fold 4 is the first foldable to run Google’s tablet-focused Android 12L with Samsung’s OneUI applied on top, and there are significant improvements on offer that further improve the foldable experience.

The first, and arguably biggest, addition is a PC-like taskbar (though it looks just like that on iPadOS, but hey!) that appears at the bottom of the screen when you’re using apps on the larger inner display. It’s auto-populated by apps you use frequently, which isn’t only great for quick access, but with a drag-and-drop of the icon you can activate split-screen functionality.

The taskbar will also remember split-screen groups, so you can tap one icon to open the two or three apps you use side-by-side.

To see what the Z Fold 4 is up against, read our guides to the best smartphones and best phones coming in 2022.