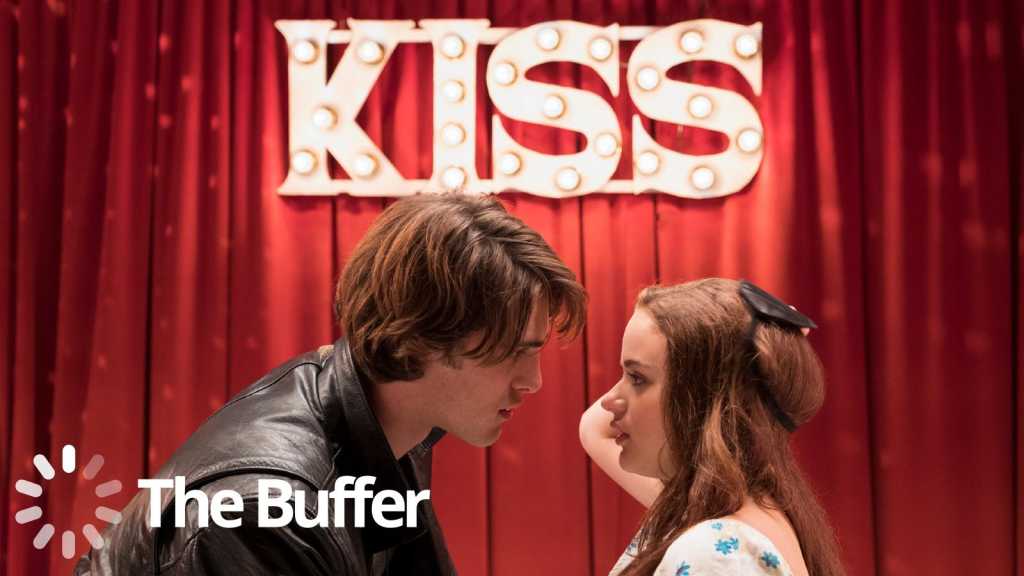 In a move that nobody expected, Paramount+ revealed that it will be adapting stories from Wattpad for the streaming service.

That’s right. Wattpad. An online writing community where you can find fan fiction about Doctor Who, Marvel, Breaking Bad and even real people, including Harry Styles and former president Barack Obama (don’t go searching for it, I beg of you).

With over 665 million stories sitting on there that can be written and uploaded by absolutely anyone, it is guaranteed that you will have to do some digging to find something that is both compelling and literate.

That said, if you’re familiar with internet culture, then you’ll know that this isn’t the first time that stories from this platform have made it onto mainstream telly.

Wattpad launched its own studio back in 2016 and has seen success with The Kissing Booth on Netflix, and Light as a Feather on Hulu. This recent acquisition by Paramount+ could see more hugely popular stories such as Being The Player’s Neighbour by Avani Galande adapted for the small screen.

Fanfiction adaptations in general have long been a part of some of the biggest franchises we’ve seen in the last few decades. Fifty Shades of Gray originated as an NSFW Twilight fanfic on sites such as fanfiction.net. It’s easy to see the ‘dull as dishwater’ personality similarities between the two lead women.

What this all tells us is that series and films based on fanfics are old news. So, what other things in internet culture can be adapted? Where does the madness end?

Here are some potential sites that could be used for inspiration for car-crash telly, and suggestions for which streaming platforms they’d sit on.

Disclaimer: None of these concepts or collaborations are in production, as far as we are aware. If somehow, they do eventually come to fruition, know that Tech Advisor produced the concept before it was cool.

Amazon Prime Video has many comedy originals, and what better way to branch out into a new type of content format than with a panel show? Only, instead of politics or social issues, topics will be chosen from some of the most bizarre subreddits known to man.

Reddit is one of the several pits of internet hell, and the number of forums (also known as subreddits) to choose from is quite literally endless. There’s r/OneTrueGod, a subreddit dedicated to the worship of the movie star Nicholas Cage.

There’s also r/GrandpaJoeHate, a subreddit dedicated to hating on the beloved Grandpa Joe from Charlie and the Chocolate Factory. One user was so committed to the cause that he got a tattoo proclaiming his hate for the character in a very… colourful way.

This Amazon Prime Original would invite the owners of some of the most upvoted posts on these boards, and team them up with ‘experts in the field’ to elaborate on their feelings, no matter how trivial the subject. Prepare to have your brain melted.

HBO Max may be losing out on its slate of new movie releases, but never fear. There are some stories even greater than the likes of The Suicide Squad and The Matrix Resurrections. I am of course talking about the biggest emotional rollercoasters out there: inspiring LinkedIn posts.

From meeting secret billionaires on the streets who funded a start-up out of the good of their heart, to bosses who implemented a “ground-breaking new strategy” into their business, this series will recreate stories in an episodic format that all sound too good to be true… possibly because they are.

Conversely, there are some tales that can make something mundane and unimpressive sound the complete opposite. Take the example below:

You’ll never know what you’re in for with this anthology series, and with plenty of material to draw from on the Twitter account @CrapOnLinkedIn, this could be a new staple of HBO Max for years to come.

You’ve seen Nailed It!, the baking show which invites ordinary people with limited skills to recreate some seriously difficult artistic cakes and desserts. Now, Netflix is bringing a similar format – only this time, it is pitting some of DeviantArt’s worst users against one another.

I know that DeviantArt does in fact have some seriously talented artists, designers and photographers on there. But why highlight actual talent, when instead you can bring on artists who draw like five-year-olds?

Netflix producers will scour the art site for the worst of the worst, which makes for the best entertainment – and we know how much the streaming platform loves its trash TV.

Each week a different fandom will be chosen, and then each contestant will face off in three tasks to create their own art piece under a time limit. After all, how hard could it be to create a Mario and DC crossover comic in under an hour?

The Witcher is back for another season, just in time for Christmas. And thankfully this time, all events are in the standard chronological order – which will make things much easier to follow.

With Ciri now under Geralt’s wing, the pair set off for Kaer Morhen, the home of Witchers. However, along the way, the two will butt heads, face obstacles, and meet old friends – including fan favourites Yennefer and Jaskier.

You can watch season 2 of The Witcher on Netflix now. If you’ve not signed up, subscriptions start from £5.99/$8.99 per month.