Samsung’s A-series smartphones have a reputation for solid performance at a pocket-friendly price and the A53 looks set to continue the trend – with a few key upgrades that make it more appealing than ever.

With a bigger battery and new chipset, the A53 should have improved performance on last year’s model, boosted by Samsung’s promise of up to four years of Android updates for the phone. Here’s what you need to know.

When will the Samsung Galaxy A53 be released?

Samsung announced the Galaxy A53 alongside the A33 on 17 March. It went on sale on 1 April – though in the US it was available a day earlier exclusively from T-Mobile and Verizon. 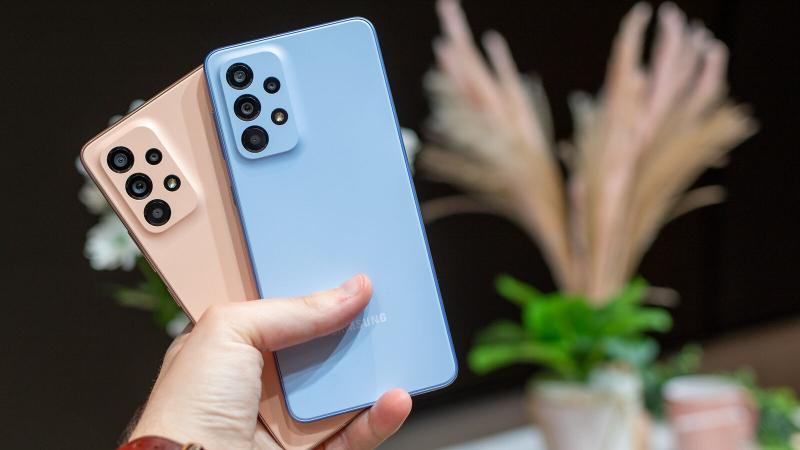 The A52 range was composed of three models: the A52, A52 5G and A52s. So far this year Samsung has only announced the A53 5G, and it looks unlikely that there’ll be a 4G variant – though we may yet see an A53s arrive later in year with an upgraded chipset.

How much does the Galaxy A53 5G cost?

In some markets, including the US, those who pre-ordered the phone were eligible for a free pair of Galaxy Buds Live, though this offer wasn’t available worldwide. Check out our best Galaxy A53 deals round-up to see the best offers we’ve found in the UK, US, and elsewhere.

What are the Samsung Galaxy A53 5G specs?

Samsung has kept a lot of the key specs from the A52 5G the same, though there are a few key changes.

As before, there’s a 6.5in, 120Hz AMOLED display, and stereo speakers (with Dolby Atmos support) too. In the UK the phone will include 6GB RAM and 128GB storage as standard – expandable with microSD up to 1TB – though in other markets models with 12GB RAM or 256GB storage are available. 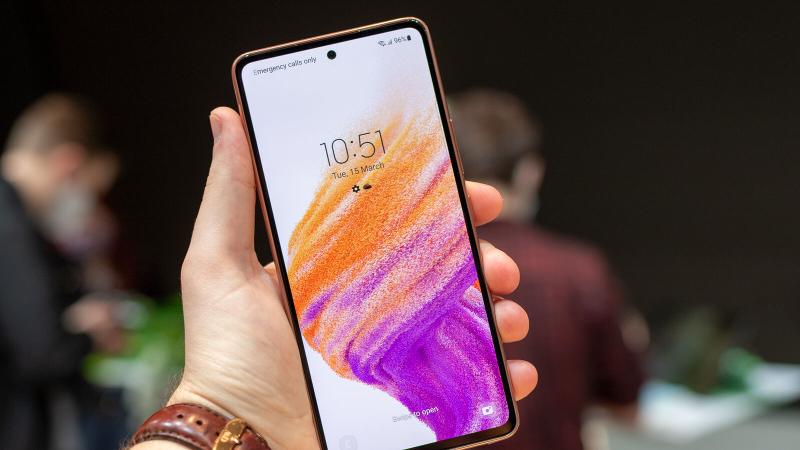 Even the camera is mostly unchanged, with a quad setup on the back: a 64Mp main lens with OIS, 12Mp ultrawide, and 5Mp macro and depth sensors. You’ll find a decent 32Mp selfie camera on the front, in a punch-hole cut-out. There have been software tweaks however, and the phone will offer improved night mode, and portrait options including studio lighting.

The design and build are similar too, though there have been tweaks here. As before, the display is coated in Gorilla Glass 5, and impressively the phone has an IP67 water-resistance rating. The phone’s rear is still plastic, but the plastic now curves up and over the camera module seamlessly – similar to the design of the flagship Oppo Find X5 Pro. It also comes in a new range of ‘Awesome’ colours: black, white, blue, and peach.

Still, there have been some changes elsewhere. For one, the battery is bigger – the new 5000mAh cell should deliver two days of battery life according to Samsung. The 25W wired charging is the same as before, and will get you 50% of the battery back in half an hour – though there’s no wireless charging option. 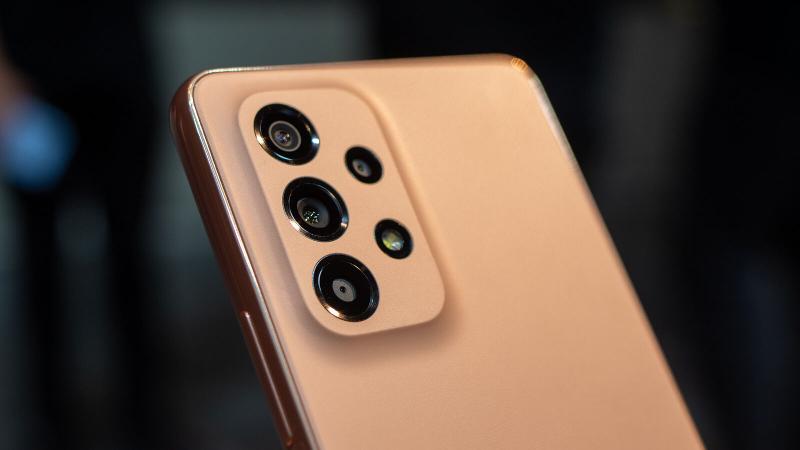 The chipset is also new. The A53 marks the debut of the new 5nm Exynos 1280 chip. Since this is brand-new, we don’t yet know exactly how powerful it is, but expect something firmly mid-range, though likely capable of some decent gaming performance.

Perhaps the biggest upgrade is to software. The A53 5G ships with Android 12 and OneUI 4.1, but more importantly Samsung is promising four years of Android version updates and a fifth year of security support. That’s the same promise it offers for flagship devices, and is already unmatched at that level – making it the best offer by miles at the A53’s price point. No other phone this price will get updates for as long – except the new iPhone SE, and Samsung’s own even cheaper A33 5G.

Here are the full Galaxy A53 specs:

You can get to know the other devices that the Galaxy A53 is up against by reading our rundown of best mid-range phones.