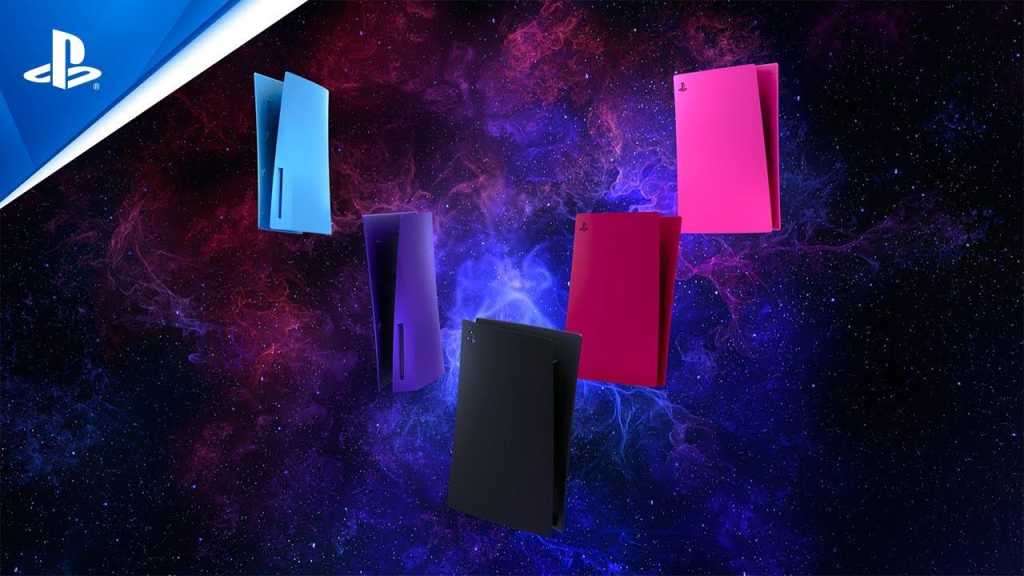 After months of speculation – and in the case of dBrand, a cease and desist – Sony finally revealed its own range of new colourful console covers for the PlayStation 5 at the back end of 2021.

If you want a red, black, blue, purple or pink PS5, we’ve got you covered. Here’s all there is to know about buying a new PS5 console cover right now.

Which new colour options are coming to PS5?

Sony has revealed five new colour options for the PS5, bringing the total number to six if you include the original white finish, and the company is releasing a range of matching DualSense controllers to match.

To recap, here are the new PS5 console cover colours:

The new colourful console colours are available to buy separately right now, but we imagine Sony will begin selling the PS5 in different colour options once stock levels of the next-gen console improve.

When were the official PS5 console covers released?

The new Midnight Black and Cosmic Red PS5 console covers went up for sale at Sony’s PlayStation Direct storefront in the UK and US in mid-January, with a promise of a wider release at third-party retailers on 18 February 2022.

However, Sony quietly delayed the launch until 1 March 2022 in the UK, and there are currently no third-party retailers selling the kit in the US.

As confirmed by Sony in mid-May 2022, the remaining Galactic Purple, Nova Pink and Starlight Blue plates are set for a similarly staggered release. The remaining PS5 console covers will first go on sale via PlayStation Direct in the UK and US on 17 June 2022, before going on general sale on 15 July 2022.

How much do the new PS5 console covers cost?

While Sony didn’t mention pricing at the reveal of the new console covers, the company later confirmed that the face plates would cost a (not insignificant) £45.99 in the UK and $54.99 in the US.

Where can I buy the official PS5 console covers?

With such a confusing release schedule, it isn’t clear where you can pick up Sony’s new PS5 console covers at a glance – but we’re here to simplify things.

More retailers will likely begin offering the face plates over the coming months though, and in preparation, we’ve listed everywhere that stocks other PS5 accessories in the UK and US. We’ll mark retailers as confirmed – including any deals – as they go live.

We’ll update this article with new information as it’s announced, so check back frequently for the latest details on Sony’s new PS5 console covers.