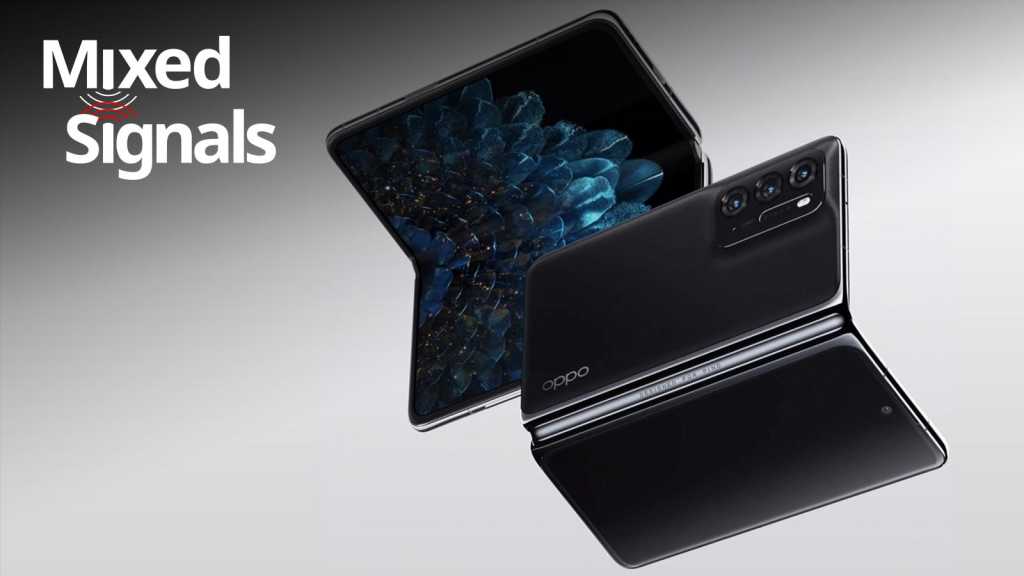 Fresh leaks concerning Oppo’s newly-teased Find N foldable better define where its creators intend to compete in the space, and the company looks as though it’s set its sights on Samsung.

This week, Oppo teased its long-awaited foldable, revealing both a name – the Oppo Find N – and gave eager fans a few glimpses of the hardware set to accompany it.

The most obvious aspect of the reveal was the form factor Oppo has chosen to lead with: a vertically-hinged ‘book-style’ foldable, in a similar vein to the likes of the Xiaomi Mi Mix Fold, Huawei Mate X2 and, most notably, Samsung’s Galaxy Z Fold 3.

The design looks premium – with near-bezel-free displays, tight tolerances and a high-quality glass and polished metal construction. Despite everything Oppo has shown fans so far, however, the company is still holding some of the most important details concerning the device close to its chest.

When Samsung brought the Z Flip 3 and Z Fold 3 to market, both foldables were commended for offering significantly better value than their predecessors, whilst also setting a new value standard for the foldable market internationally (with the Z Flip 3 being one of the first foldables to break below the £1,000 mark, in the UK).

Prior to this year’s Samsung foldables, the most capable offering was Huawei’s Mate X2, which launched at a comparatively stifling CNY¥18,999.

While the Find N’s leaked pricing appears justified – based on slightly more modest specs here and there, like a 60Hz external display refresh rate, compared to the Z Fold 3’s 120Hz – it’s the fact that Oppo is pricing its debut foldable even remotely in the same ballpark as Samsung’s latest and greatest that feels most telling.

The true test now is whether or not Oppo intends to compete against Samsung on the global stage, with the aforementioned affordable foldable rival – Xiaomi’s Mi Mix Fold (priced at just CNY¥10,999 in its 12GB RAM, 512GB guise) – remaining a China exclusive and thus leaving the door open for Samsung to capitalise on the growing demand for foldables in markets internationally.

We’ll know more come 15 December but until then, we’re keeping our fingers crossed that Oppo will, in fact, roll the Find N out past Chinese borders; if only to give Samsung someone to truly compete against, with regards to foldables on the world stage.