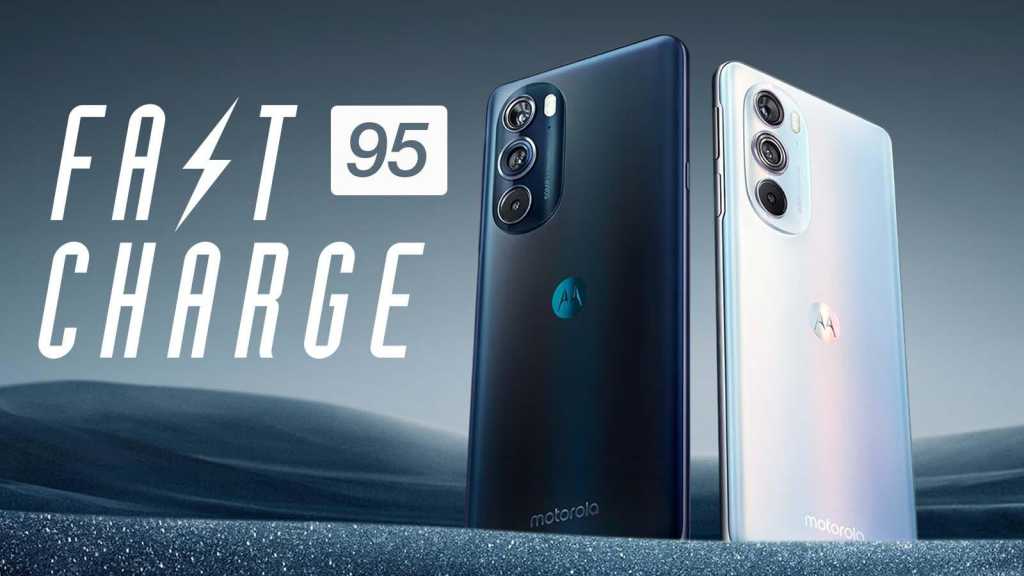 Hot on the heels of last week’s Snapdragon 8 Gen 1 unveiling, Motorola has managed to take the lead, in terms of launching a phone running on this cutting edge silicon. Meanwhile, Oppo’s forthcoming Inno Day event looks set to give us a wealth of interesting technologies, including the company’s first foldable.

In Fast Charge episode 94, we covered the range of brands who’ve promised to bring flagship smartphones to market, running on Qualcomm’s newly-unveiled Snapdragon 8 Gen 1 4nm chipset, and while Xiaomi seemed confidently poised to take point by introducing the silicon into its forthcoming Xiaomi 12 flagship phone before its competitors, it was Motorola who in actuality has landed first place, but unveiling the Motorola Edge X30 on 9 December.

Beyond that all-important processor, the Edge X30 doesn’t skimp elsewhere either; with a 144Hz 6.7in OLED display, a 60Mp selfie snapper, dual 50Mp rear cameras (along with a depth sensor) – allowing it to capture 8K video natively – and 68W wired charging.

The Android 12-powered device can also be had in a special edition variant that features Motorola’s first under-display selfie camera, which uses the same 60Mp sensor.

The company also showed off the Moto Edge S30, a larger and – relatively speaking – more modest mobile powered by the still-current top-tier Snapdragon 888+, which itself has only found its way into a handful of phones so far.

Fellow Chinese phone giant Oppo is also chomping at the bit, but not to launch its first 8 Gen 1-powered phone, but rather showcase a host of new technologies and products at its forthcoming Inno Day 2021.

The annual event gives Oppo a chance to tout the various innovations it’s been working on and despite the multi-day event not officially kicking off until 14 December, the company has already teased what’s thought to be a new camera-focused NPU (neural processing unit), the next evolution in its conceptual AR (augment reality) glasses, a phone concept with a retractable camera and its first foldable phone – now known as the Oppo Find N.