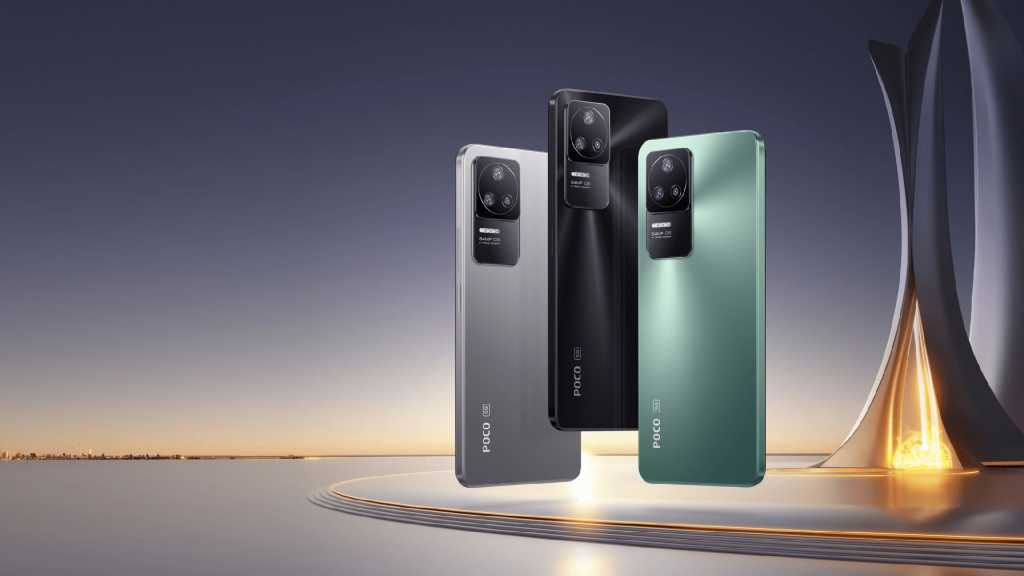 The Poco F4 series is here, with the regular F4 finally here to join the gaming-centric F4 GT, which launched a few months earlier.

The two are very different phones though, so here’s what each has to offer – and even some rumours of an F4 Pro on the horizon.

Here’s everything you need to know about the Xiaomi Poco F4 series.

When is the Xiaomi Poco F4 release date?

Poco first unveiled the F4 GT, which was given a worldwide launch on 26 April alongside the first Poco Watch. The phone is available to buy worldwide now, including the UK and Europe – you can buy it from the Mi Store – though it’s not launching in India.

The company has now followed it up with the regular Poco F4, unveiled at a global launch event on 23 June alongside the Poco X4, and on sale now worldwide. You can grab it from the Mi Store in Europe, or from Flipkart in India.

How much does the Xiaomi Poco F4 cost?

There are two F4 phones so far. First up, the regular F4 is available in four versions, with slightly different specs on offer in India versus Europe:

Then there’s the Poco F4 GT, which also ships in two variants with slightly higher RAM:

What are the Xiaomi Poco F4 specs?

Poco is releasing at least two phones in the Poco F4 range, so let’s split them up – starting with the new Poco F4, then the slightly older F4 GT.

Poco waited until June to reveal the F4 – also known as the F4 5G – which came a couple of months after the more powerful F4 GT.

The F4 features an understated design compared to the GT, with none of that phone’s angular design flourishes – and no sign of the magnetic shoulder triggers that mark that model as a gaming phone. By contrast this is a pretty simple looking device, though at 7.7mm it’s encouragingly slim.

The phone is powered by the Snapdragon 870, one of Qualcomm’s older flagship chips. That’s actually the exact same chip as last year’s Poco F3, so there’s been no upgrade at all here. We spoke to Kevin Qiu, head of Poco Global, who essentially blamed the move on the fact that Qualcomm hasn’t released any similarly affordable successor to the 870.

The display is also similar to the F3 – though not quite the same. It’s once again a 6.7in, 120Hz AMOLED display, but Qiu told us that this year they have use a brighter panel, which should improve viewability and HDR performance.

There are bigger changes elsewhere though. Perhaps the main one is the adoption of a new 64Mp rear camera with optical image stabilisation – both a bump in resolution from the F3, and likely a bigger performance improvement thanks to the addition of OIS, which should improve both night mode and video capture dramatically.

The remaining camera setup is similar enough, with an 8Mp ultrawide, 2Mp macro sensor, and 20Mp selfie shooter on the front.

At 4500mAh the battery is basically the same as last year’s phone, and typical for the segment, but the 67W wired fast charging is a significant step up.

We discuss the F4 – and more – on an episode of our weekly podcast Fast Charge, which you can watch right here.

The Poco F4 GT is the only phone so far that’s official.

As expected ahead of launch, the phone is closely based on the Xiaomi Redmi K50 Gaming Edition – though since that phone only launched in China this isn’t really a problem.

That’s true of the phone’s design too, which holds true to the original Redmi phone’s gaming aesthetic, though has subdued things a little. Well, aside from the arguably garish bright yellow colour – but black and silver options are a little more subtle.

The phone’s display and rear are both encased in Gorilla Glass Victus, though do note that there’s no official IP rating for dust and water-resistance.

The phone is powered by the Snapdragon 8 Gen 1 flagship chipset, so you’re getting top-tier performance, and is kept cool by LiquidCool Technology 3.0, with dual vapour chambers. That will make this a suitable phone for gaming – bolstered by the inclusion of magnetic pop-up shoulder trigger buttons, though these can also be customised to serve as shortcuts for the camera, flashlight, or other apps when not gaming.

As mentioned above, it comes in two variants: 8GB RAM + 128GB storage, or 12GB RAM + 256GB storage. Those are LPDDR5 RAM and UFS 3.1 storage respectively, meaning you’re getting the top standard in each.

The display is a 6.67in, FHD+, 120Hz AMOLED with high frequency 1920Hz PWM dimming, HDR10+, and a typical brightness of 800 nits. The only minor downside here is that although this is an AMOLED display, so could support an under-display fingerprint scanner, instead Poco has opted for a side-mounter scanner here.

Battery and charging are also impressive. The battery is a hefty 4700mAh, which should deliver decent longevity. It’s backed up by speedy 120W wired fast charging, which Poco says can deliver a full charge in just 17 minutes. There’s no wireless charging option though.

The F4 GT ships with Android 12, running Xiaomi’s MIUI 13 skin on top. While Poco is cautious about promising a specific number of Android updates for now, the company’s Angus Ng told us that it is “trying to strive for a three plus four,” meaning three years of Android version updates and four years of security patches. If nothing else, an upgrade to Android 13 is almost assured.

If you want to know more about the phone, read our Poco F4 GT review or watch us review the phone on our weekly podcast Fast Charge:

This one is a little tentative. FCC listings after the F4 GT launch seemed to reveal model numbers – 22021211RG and 22021211G – for two more Poco phones. One was the regular F4 but some believe the second model number might refer to a Poco F4 Pro. There’s little else to go on for now though, so don’t hold your breath.

We’ll keep updating this article as more news becomes available, so be sure to check back regularly. In the meantime, here’s our current pick of the best Xiaomi phones and best Chinese phones.