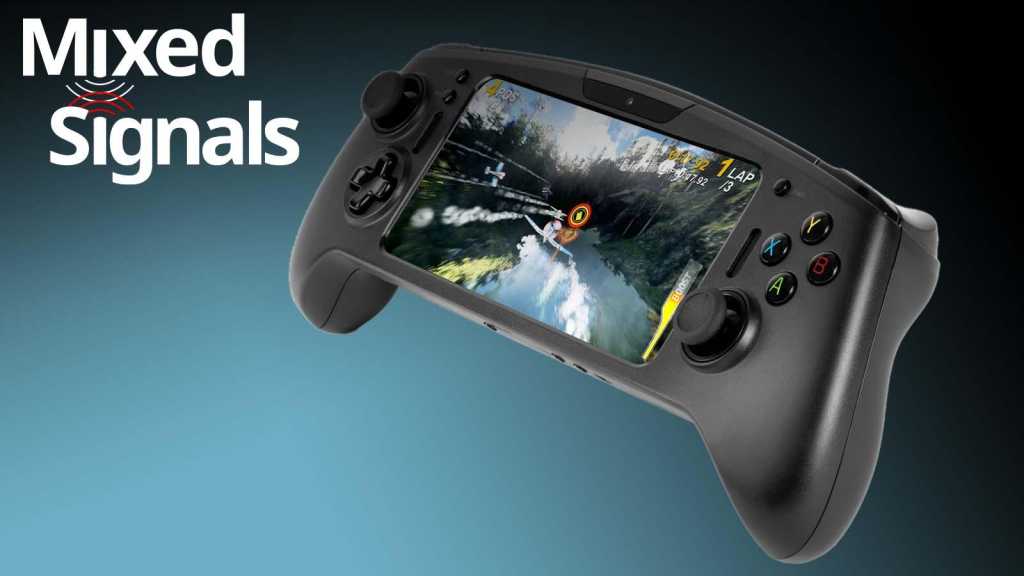 This week Qualcomm held its annual Snapdragon Tech Summit in Hawaii, where it made the widely expected announcements of a new smartphone chip – the Snapdragon 8 Gen 1, and new laptop chips in the Snapdragon 8cx Gen 3 and 7c+ Gen 3.

Qualcomm also announced something that almost no-one had expected: an entirely new chipset designed specifically for Android-based portable games consoles. It even had hardware ready to go, with a dev kit built by Razer boasting a Switch-esque form factor.

Regular consumers can’t buy the Razer handheld – it’s for developers only, for now – but Qualcomm is convinced it’s just created a whole new mobile gaming ecosystem and market. The pitch seems to be that gamers will want to play mobile games on devices that aren’t mobile phones. That may sound odd if your idea of a mobile game is still Candy Crush, but in reality, this is the biggest chunk of the gaming market around, with a growing range of AAA titles and competitive scenes.

This is hardly Qualcomm’s first foray into gaming, as its phone chips already sport a host of optimisations and features specifically for mobile games, making them the default choice for most dedicated gaming phones.

Still, this isn’t a gaming phone. Don’t take my word for it either, Qualcomm made sure that it can’t even make calls – despite including 5G support, and senior director of product marketing Micah Knapp put it plainly: “This is not a phone.”

Razer’s dev kit hardware sits between the Switch and the Steam Deck, with curved controller grips on each side and a full set of analogue sticks, triggers, and face buttons. It’s a genuine handheld games console, but one that runs on Android.

As such, it can play any Android mobile game, but can also take advantage of cloud-based gaming platforms – like Xbox Game Pass Ultimate or Google Stadia – over 5G or Wi-Fi 6E, or use tools from the likes of Microsoft, Sony or Valve to stream games directly from your desktop PC or games console.

There’s one big problem: your phone can probably already do all of that.

Your phone can play mobile games. Your phone can run Game Pass. Your phone can stream games from your PlayStation or Xbox. Buy a Bluetooth controller – hell, Razer itself even makes the Kishi gamepad, which looks just like its new dev kit – and you seem to have the Snapdragon G3x experience already, without buying a new, separate piece of hardware.

Qualcomm is obviously aware of this and has tried to highlight a few of the benefits this dedicated hardware offers. The big one is power. Qualcomm isn’t discussing specific clock speeds or other performance specs, so it’s impossible to really assess the performance on offer here – but it certainly sounds like it’ll have more oomph than your average phone.

“It’s incredibly hard for mobile devices to hit and sustain 60fps,” Knapp explained, “so we took those types of games and made sure they run at 60fps, rock-solid.”

That extra power is presumably mostly from the chip’s custom GPU, which also enables the device to stream to Twitch, using the built-in camera and dual microphones whilst playing; a processing workload that most phones would struggle to manage.

You can also use the USB-C port to connect the handheld directly to a TV or monitor, driving 4K HDR gameplay on the big screen. That same port will also let you hook up XR devices.

There’s obviously also a little more polish to playing on this. Razer’s hardware feels solid and sturdy, and has niceties like its own haptic system and a fan for cooling. Gaming does feel better than just using a phone strapped into a gamepad, but is that enough to persuade people to pay up?

Much of that will obviously depend on price, but we have no idea how much the first G3x-powered devices will actually cost, whenever they do launch. The regular Nintendo Switch costs £259/US$299, with the Switch Lite available for even less, while Valve’s delayed Steam Deck starts from £349/$399. If Snapdragon devices are going to compete, they’ll have to cost around the same – if not less.

With the specs on offer here, that might be difficult. Knapp hinted that G3x devices will be “premium,” with plans to introduce G2x and G1x chips to drive devices at lower price points, but for now, that’s still strictly hypothetical.

Qualcomm doesn’t seem to see the Switch or Steam Deck as competition, nor does it think the G3x will dent the existing gaming phone market. Instead, it sees this as something gamers will buy in addition to their PC, home console, smartphone and Switch.

Presumably, the Steam Deck gave Qualcomm the confidence to give this a go, but there’s a big difference here. There’s not really any other way to play PC games on go except by buying a bulky and expensive gaming laptop.

That’s not true for phones – there’s no need to buy something like the Asus ROG Phone 5 if you want to game on go, as any decently-specced Android phone can play mobile games well. If you want to play cloud games, you don’t even really need decent specs.

Still, the Razer dev kit is only one implementation of Qualcomm’s vision, albeit “the one we saw the greatest need for,” according to Knapp.

There’s no telling what form factors manufacturers may come up with but Qualcomm expects to see more than just variants on a handheld console.

“We create that platform and then we enable OEMs to build all kinds of different devices,” Knapp said, predicting that we might see “streaming sticks, plug-in-the-wall devices, different types of mobile devices.”

That reveals Qualcomm’s real goal: this is more about finding new ways and places to play mobile games, and less about trying to compete with the Switch (or power the next Switch, for that matter).

We’ll know whether it’s succeeded or not soon enough: Qualcomm CMO Don McGuire expects consumers to be able to buy G3x devices by “next holiday season, for sure” and then we’ll find out if they actually want to buy them.