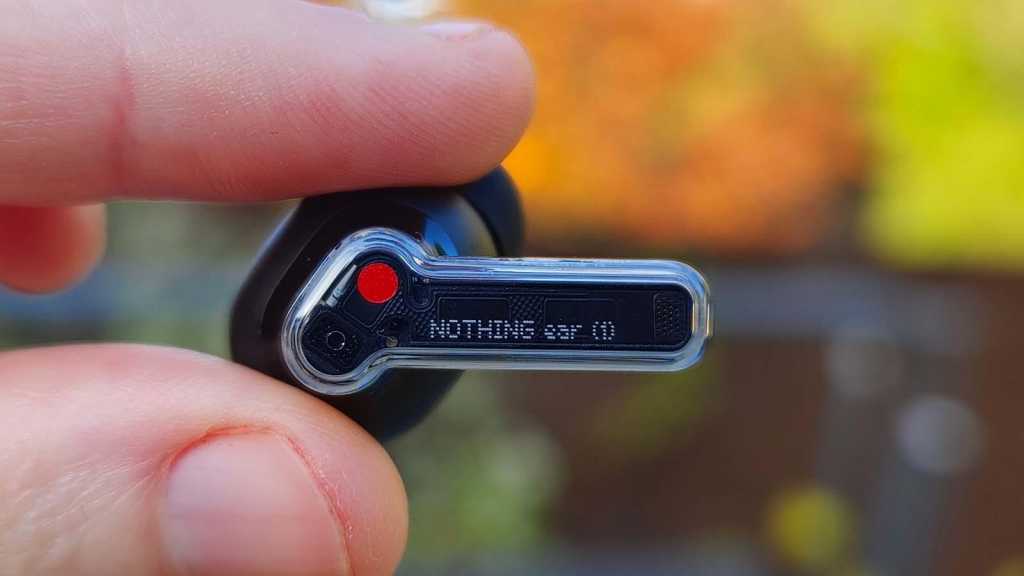 Nothing has announced a new black version of its Ear (1) true wireless earbuds, the company’s first – and so far only – product, alongside confirming that the buds are now officially carbon neutral.

The new black model keeps the transparent design of the original earbuds, but uses a smokier finish to the see-through plastic while replacing the originals’ glossy white sections with a matt black plastic.

The actual tech remains unchanged though. That means you can expect 11.6mm audio drivers, active noise cancellation (ANC) support, and up to 34 hours of total playtime.

We were fans of the Ear (1) buds when we reviewed them earlier this year. They don’t deliver the absolute best audio quality around, but for the price – just £99/$99 – the combo of ANC, IPX4 water-resistance, and wireless charging is almost unmatched.

In fact, most of our complaints about them have been fixed. We found them a little buggy, but thanks to firmware patches since launch this should be much improved. We also worried that the transparent and white plastic could get scratched and dirty a little too easily – so the black model is a welcome introduction. 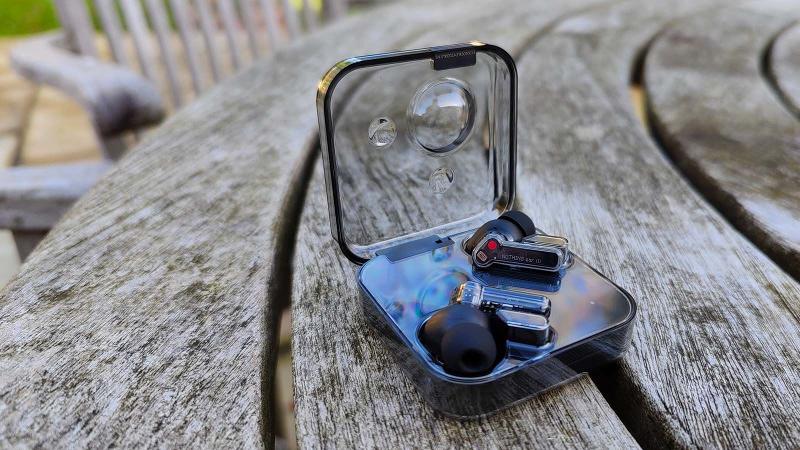 Alongside the launch of the new black finish, Nothing has also announced that the Ear (1) buds have been certified carbon neutral by SGS. Each pair of buds has a carbon footprint of 1.78kg – which will now be labelled on updated packaging – though Nothing hasn’t specified how it’s reducing or offsetting that carbon footprint.

“Nothing is here to make a positive difference. Our newly carbon neutral Ear (1) is the first step in our journey to sustainability,” said Carl Pei, CEO and co-founder of Nothing.

“With Ear (1) we’ve proven that new ideas, from design to distribution, can resonate with users and bring back the sense of excitement that’s been lacking in our industry. We hope this black edition raises a few more eyebrows in the months to come and that more tech brands add carbon transparency labelling to their products.”

There is also one big caveat to this: crypto. The company will also now be allowing fans in certain countries to buy the new Ear (1) buds from the official Nothing site using Bitcoin (BTC), Ethereum (ETH), USD Coin (USDC) and Dogecoin (DOGE).

So while the buds themselves may be carbon neutral, the company is allowing – arguably even encouraging – customers to buy them using environmentally unfriendly cryptocurrencies.

The new black Ear (1) buds will go on sale on 13 December, though the first 100 pairs will be individually engraved and available exclusively from a pop-up Nothing Kiosk store at Seven Dials in London’s Covent Garden on 4 December, starting from 11am.