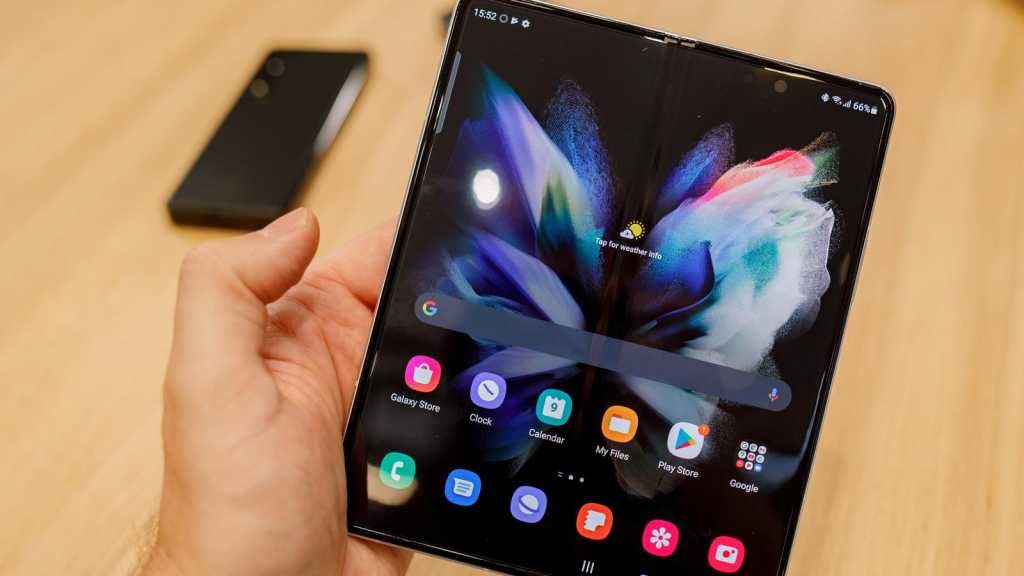 The Galaxy Z Fold 3 is one of the year’s best phones by any measure – and thanks to a new Black Friday discount it’s now the cheapest it’s ever been in the UK.

Samsung’s top-tier foldable was oddly absent from the company’s initial Black Friday deals, with only some small price cuts elsewhere to justify the purchase. But now we now why: Samsung was saving its big guns for the day itself.

If you buy the Galaxy Z Fold 3 from Samsung UK’s online store before the end of Cyber Monday you’ll save 20% off the RRP with the code ‘BLACKFRIDAY’. Act fast though, because the deal only applies until stock runs out.

Save 20% on the Galaxy Z Fold 3 from Samsung

The deal is arguably even better than that, because Samsung is throwing a few extra freebies in too. For one, you’ll get a free Starter Kit worth £79, which includes an S Pen stylus, a protective Flip Case, and a 25W fast charger for the phone. You’ll also get four months of free YouTube Premium – worth £48.

That’s not even it. If you buy this Z Fold 3 you’ll be eligible to save a further 15% on any Galaxy headphones, smartwatches, tablets, or laptops if you buy them at the same time. You could also save 10% if you buy a monitor, and in turn get another 10% off the phone itself for the privilege. Plus there’s the chance to get 5% back in cashback if you pay using Samsung Pay+.

By our maths, if you combine all of that you could be saving around £720 counting all of the freebies – and that’s not even including the discount you could be getting on a monitor or other accessories.

That’s enough to make this deal a rival to the big US Z Fold 3 offer right now, with Best Buy discounting the phone by $400 and throwing in a free pair of Galaxy Buds 2 headphones.

If you’d prefer Samsung’s smaller foldable, you can also save £150/$150 from Amazon for Black Friday in this year’s best Galaxy Z Flip 3 deal – or save $100 and get the free Buds 2 if you prefer.

In our four-star Samsung Galaxy Z Fold 3 review, we described the smartphone as a “worthwhile refinement on an industry-defining foldable that showcases the company’s willingness to innovate on all fronts” and was impressed by the quality of the foldable display, the improved design, the consistency of the cameras and just how productive you can be using it.

It’s not perfect – the under-display camera is a little lacklustre, the form factor can be cumbersome and it’s still more delicate than a standard smartphone – but if you’ve been waiting for foldable tech to mature before investing, now’s the time to take the plunge.

Save over £300 on the Galaxy Z Fold 3 from Samsung