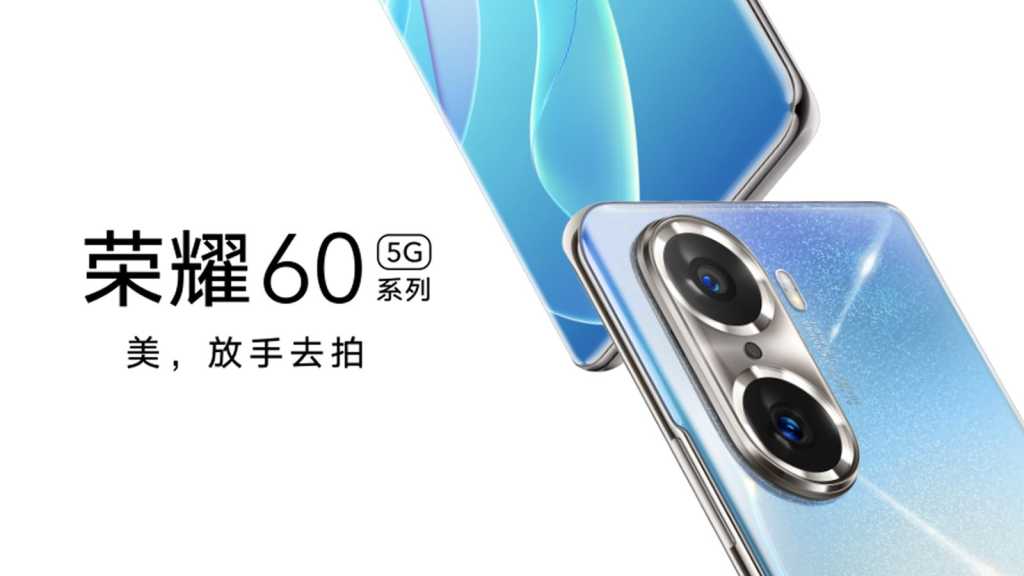 While internationally we’re only just getting acquainted with the Honor 50, the Chinese phone maker just pulled the wraps off the new Honor 60 and 60 Pro in its homeland.

Knowing what we now know, we take a look at the differences between both of Honor’s latest and greatest devices, and how they compare with the current Honor 50, as well as whether or not we’re likely to see the phones in markets beyond Chinese waters.

When does the Honor 60 launch?

While an ‘SE’ version never materialised, Honor streamed an official China-exclusive launch event that played host to both the Honor 60 and Honor 60 Pro (alongside an upgraded Honor Band 6 and new smart TVs) on 1 December, 2021.

Both the 60 and 60 Pro were then made available for pre-order on the same day, with a local Chinese on-sale date of 10 December.

Being a Chinese launch event, when if and when these devices will be made available in different territories internationally is another question. It may well be months before these phones (or at least the Honor 60) launch in other markets – like India and Europe, while a North American release will likely never come; especially with the country considering a ban on the brand, just as it did with the former parent company Huawei.

For context, the Honor 50 was originally unveiled in June 2021 but only just turned up in Europe in November, while the Honor Magic 3 was revealed in August yet we’re still waiting for its promised global release to materialise.

Add to this the current disruptions to the supply chain due to COVID and the problems also caused by the worldwide shortage of processors, and it’s unclear what release cycle we can authoritatively predict beyond Chinese shores.

While we don’t yet have any official figures with regards to international pricing, the Honor 60’s Chinese launch did spill the beans on local costing; just expect any equivalent pricing in markets further afield to be markedly higher due to the addition of import fees and tax etc.

The Honor 60 comes in three flavours:

While the Honor 60 Pro comes in two: 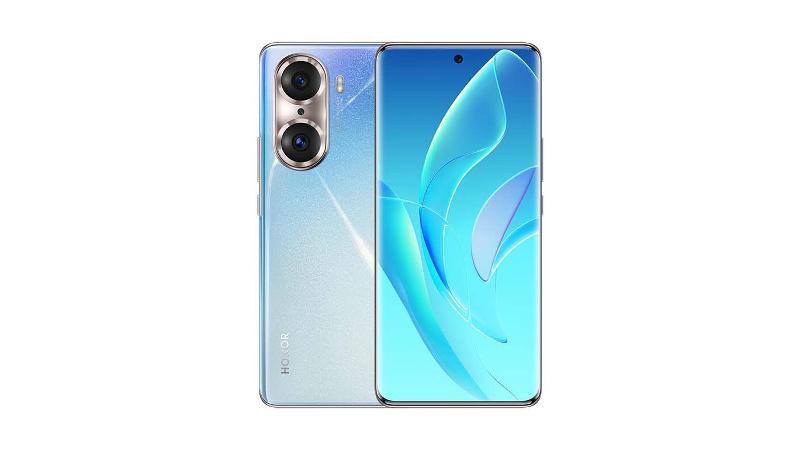 For context, here’s how much the Honor 50 cost in the UK and Europe, respectively:

In China, the Honor 50 Series arrived with slightly different makeup, priced as follows:

You’ll notice there’s no official US pricing anywhere, as the Honor 50 didn’t launch in the region; presumably due to the country’s ongoing practice of banning Chinese tech manufacturers. As mentioned above, it’s not clear whether the Honor 60 will make to US shores either, but it seems unlikely.

What features does the Honor 60 offer?

While images and hardware details for both the Honor 60 and 60 Pro leaked beforehand, the company’s 1 December launch also ushered in complete spec sheets for its newest handsets.

Both devices continue the Honor 50 Series’ twin-lens reflex-inspired rear camera design, however, in the case of both the 60 and 60 Pro, the two distinct parallel circles actually house a single sensor each this time (rather than a quad sensor setup), with a small 2Mp depth-sensing/macro camera positioned between the two main cameras.

As spotted in an Honor store in China before the phones’ launch (image below), you also get similar finishes across both models, with a pair of reflective flecked glittery colourways and two more traditional treatments to choose from:

The Pro is bigger, features higher resolution secondary and selfie snappers, and an overclocked Snapdragon 778G chipset – called the Snapdragon 778G+ (not a Snapdragon 870, as rumours suggested), as well as more pronounced rounding along all four edges of its cover glass (a 58° ‘dual-arc’ design on the front and back), compared to the standard 60. 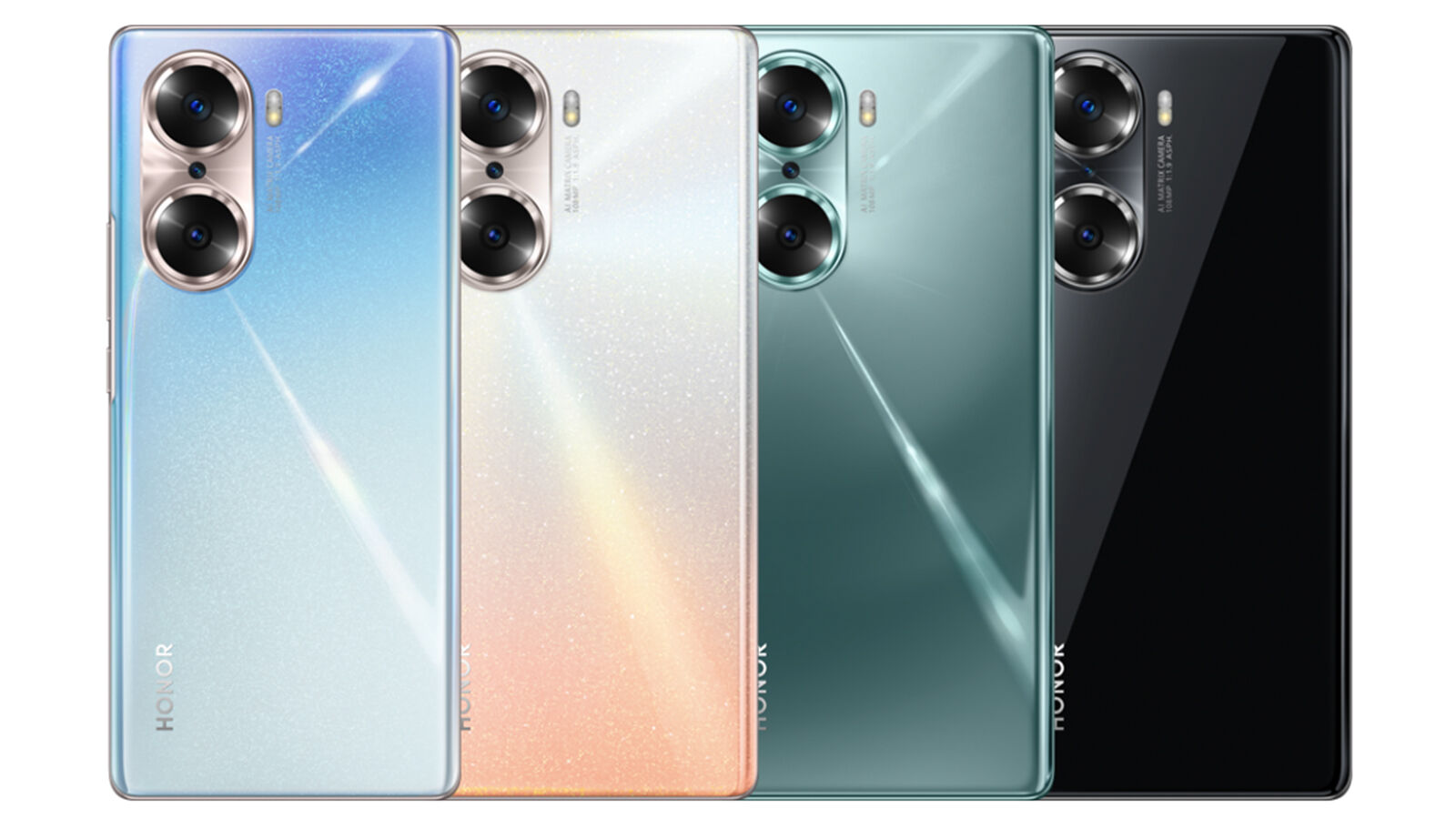 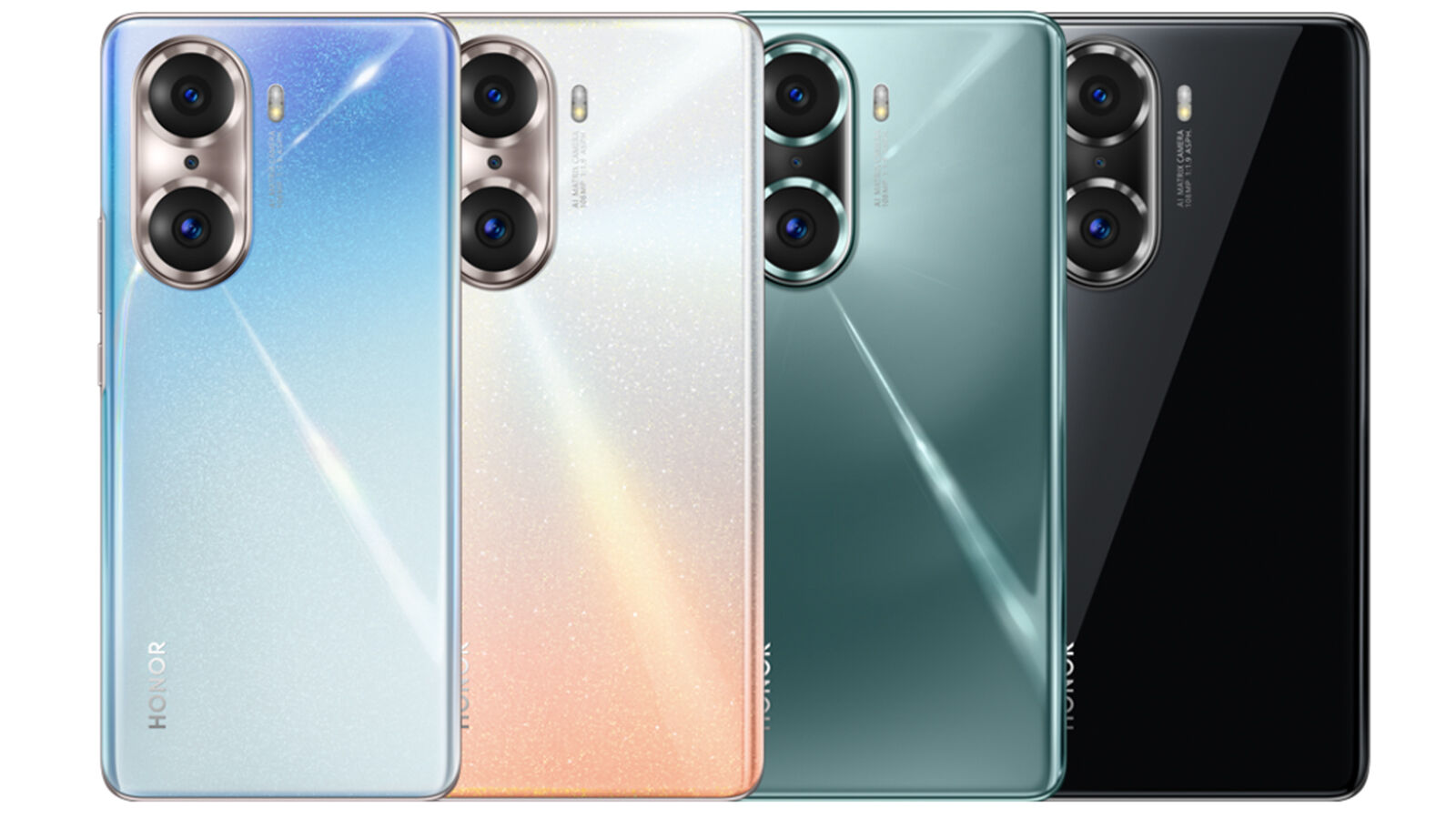 As all these specs and everything official currently only pertains to the Chinese version, while both devices run on Android 11 with the company’s own Magic UI 5.0 on top, neither device supports Google Play Services, however, unlike former parent company Huawei, should Honor release any member of the Honor 60 Series internationally, it will likely come with Google support built-in.

The software tweaks made with Magic UI on the 60 Series (building on its predecessors) focus on enhanced vlogging abilities first and foremost. Users can use gesture controls to manage the a myriad of camera functions, whilst already in-frame.

With the Honor 50 already having a decent spec for a mid-range phone, here’s the technical breakdown of its hardware:

Until we know any more about the Honor 60 Series’ release outside of China, be sure to read our best Honor phones and best Chinese phones roundups to see some alternatives worth considering.

And check out episode 94 of our weekly podcast Fast Charge, where we discuss the merits and failings of the Honor 60 Series, based on our first impressions of the launch.